Jordan's poorer areas can go weeks without water, while the wealthier have a 24/7 supply 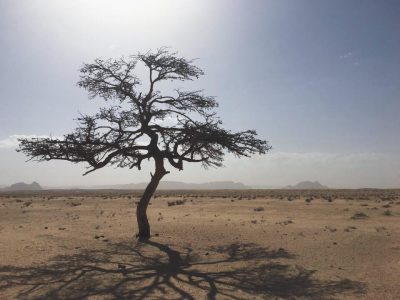 When it comes to the 12 identified groundwater basins countrywide, sustainability is a concern as some are exploited to their maximum capacity, and others are overexploited, threatening their future use.

The situation has been exasperated by the 1.4 million additional people residing in Jordan and relying on its finite water resources, due to the Syrian war.

And looking to the future, climate change only threatens to make it worse. Scientists from Stanford University predict that by the end of the century, Jordan could be 4°C hotter, with about a third less rain. Thus, it is threatened with absolute scarcity, as droughts and their duration are expected to double between 2071 and 2100.

Although the struggle is undeniable, the 9,903,877 citizens of Jordan do not all feel it equally. The government’s failure to provide water for some places can often be linked to the area’s social status.

Sara Bader, a former resident of Amman's Al-Yasmine neighborhood (a rather crowded and less than average neighborhood) talked to Global Voices about her experience when she moved to Abdoun (an area considered to be for the elite classes):

We would get water two times a week [in Al-Yasmine], sometimes in the summer that is barely enough to get us through the week, so we would time doing the laundry and other water-consuming activities with the day the water would get pumped. We would always be very cautious when it came to water consumption. Now [in Abdoun], the water is pumped daily, and my mother does not care what day of the week it is for her to do laundry.

It may seem unfair for an area to have 24/7 water pumping while another only gets it twice a week, but the truth is that getting water pumped twice a week is a privilege that many Jordanians in the less fortunate places dream of.

In the poorer areas of Amman, in the provinces, and most importantly in the villages, water is pumped every 20 days, and sometimes not at all.

In a letter sent to the government to complain about the water issue, a citizen residing in the Jerash province stated:

I am delivering the struggle of hundreds of people to you—people whom have not had water pumped to them in 30 or 20 or 19 days.

I have proof that some water pipes have not held water for over a year because city hall has not been pumping water to these places, not even once a month.

The comments on the letter by his fellow Jordanians indicate that the problem is shared by others. Many advised him to move to a house “next to a government representative” or “to a better neighborhood” so that he gets better water service, as infrequent pumping is “unnoticeable” in the “elite” neighborhoods.

A huge issue in the provinces is that families there often have more members, and that a large amount of these citizens are farmers who desperately need the water for their crops as well.

Not to mention that the government bills people for water service whether the citizens actually receive the service or not. In the case that they don’t, they have to buy water that is delivered by non-government-owned water services (or “water tanks”, as they are colloquially known). Thus, they have to pay two bills: one issued by the government, and one by whoever you hire to fill your tanks.

The price set by the government for these water tanks is 4 Jordanian dinars (6 US dollars per meter), already an amount that many people can't afford, but some of these services exploit citizens in their time of need, charging 5 dinars.

What is the reason behind the government's apparent neglect of the provinces when it come to their supply of water? An employee in the Water and Irrigation Ministry who spoke with GV and who preferred to remain anonymous said:

The reality is different than most people’s assumptions: it is not that the ministry is biased in the schedule, it is simply that the poorer areas have weak infrastructure and pipes which cannot stand continuous pumping as they already leak 2/3 of the water pumped through them. That is why these places do not have a non-stop supply of water, because the ministry cannot afford losing that much water on a daily basis, thus the water is pumped every week or every two weeks, and most of it is not delivered because of the leaks.

When asked why the ministry does not fix the leaks in the pipes or replace them all together, he simply commented that the budget cannot currently prioritize that.

However, the government promises a fairer distribution of water this year and that the provinces’ supply of water is secured for the summer. Hopefully, it keeps those promises — after all, water is a human right.