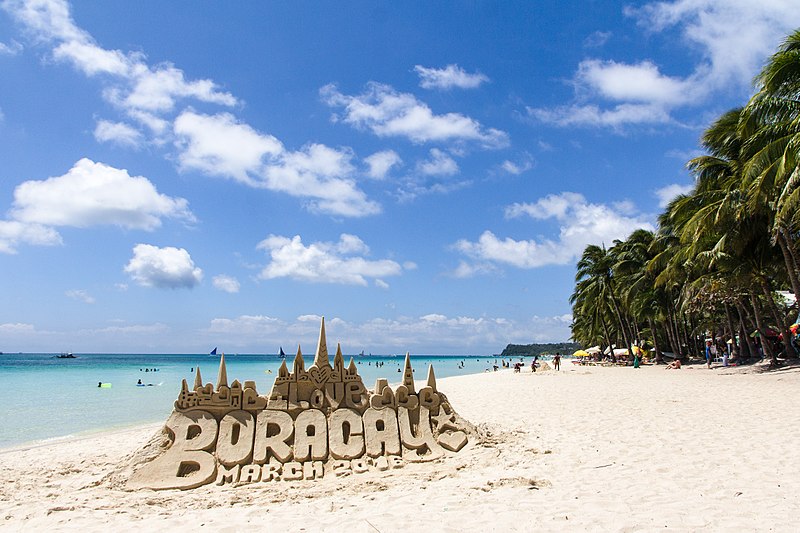 Residents of Boracay in the central Philippine province of Aklan are mobilizing against a plan by the government to shut down and environmentally “rehabilitate” the world-famous resort island for six months, at the same time that two casinos are in the works.

Fearing loss of employment for thousands of workers and the destruction of an economy based on resort operations in Boracay, residents formed the #NoToBoracayClosure Coalition to defend people’s livelihoods and oppose moves to transform the island into a mega-casino complex:

We are calling on President Rodrigo Duterte to rescind his blanket closure order of the country’s premier tourist destination. We also call on the national government to come up with a scientific and comprehensive rehabilitation plan for Boracay that will not result to massive economic dislocation after due consultation with all its stakeholders.

Boracay has long received flak from environmentalists, but these issues suddenly came into the spotlight in February 2018. Calling the resort island a “cesspool,” Duterte declared he would close down the island after six months if these environmental problems were not solved immediately. 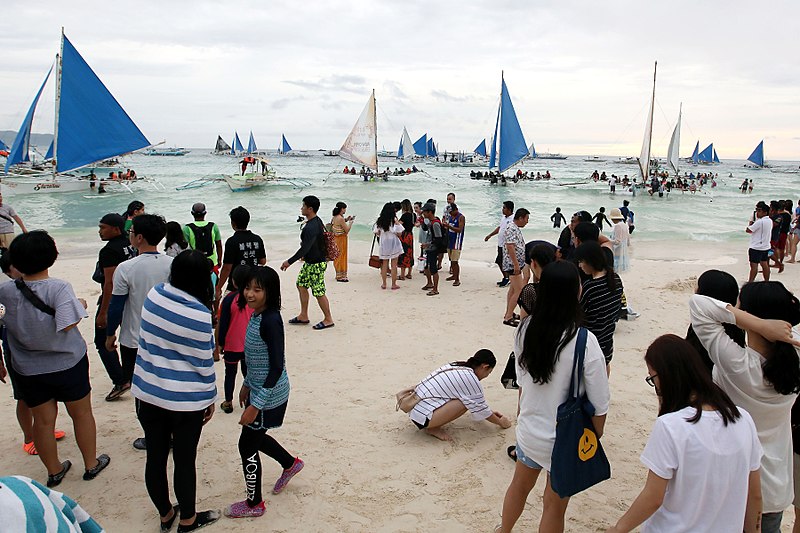 Duterte's outburst came after an inspection of the island by the government’s tourism and environment agencies in January. Duterte then ordered Cabinet to prepare for the closure of the island by April 26, without consultation with local stakeholders and in the absence of any master plan for the development and rehabilitation of the island, or contingency plans for the livelihoods and relocation of those affected.

Several sectors became suspicious of Duterte’s intentions after reports came out that the government has granted the Macau-based Galaxy Entertainment Group (GEG) permission to construct a US$500 million casino complex in the prime tourist destination.

The Presidential Palace announced it was cancelling the deal, yet the Philippine Amusement and Gaming Corporation (PAGCOR) has in fact granted a permit to GEG and its local partner, Leisure and Resorts World Corporation (LRWC). The company dismissed claims by officials that they are looking for another venue for the casino.

Duterte denied knowledge of a plan to construct a casino on Boracay, but official photos show the president meeting with GEG representatives, led by its chairman Lui Che-Woo and vice chairman Francis Lui Yiu Tiung, at the Presidential Palace on December 6, 2017. 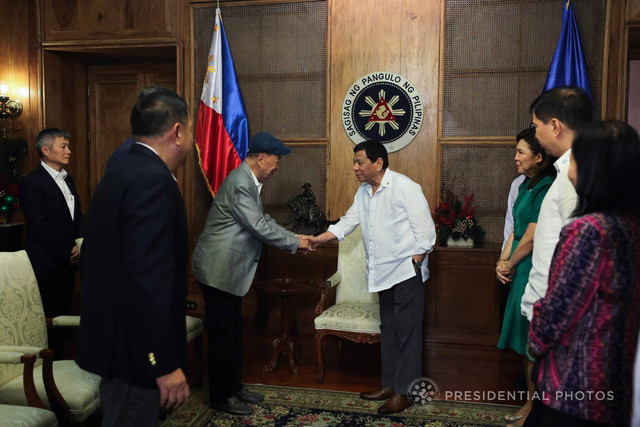 PAGCOR officials also said that a second mega-casino complex is in the works in Boracay, following its approval of gaming operations by a joint venture between tycoon Andrew Tan and Malaysia’s Genting Group at the Savoy Hotel, located at Megaworld Corporation’s Boracay New Coast development.

To allay public outrage over the contradiction between the avowed aim of environmental rehabilitation and the building of mega-casinos on the island, Duterte then claimed that Boracay would in fact be subjected to land reform. But many find this statement outlandish, given that there is not much farmland left on the resort island, most of whose area is already occupied by residential and commercial structures.

The laments of Boracay residents over Duterte’s closure order are captured in a short documentary by Jason Magbanua posted on Facebook, which was contextualized with the following text:

FACT
Thousands upon thousands of real people will be affected by a complete closure of the island. Real, breathing humans, not statistics. We are talking about kids, mothers, fathers, entire families – not an “insignificant GDP drop.
FACT
There are more realistic solutions in solving the problems of Boracay. Solutions that won't completely disenfranchise the people inhabiting the island, the greatest, most important stakeholders of them all.

For Ilonggo blogger Samot Tallana, the handling of the Boracay issue only exposes the bankruptcy of President Duterte's environmentalist and populist pretensions.

Mass layoffs of tourism workers in the island have already begun as business establishments scramble to cope with the shutdown. Electricity prices across Aklan are likewise expected to shoot up as the province’s lone power supplier seeks to recover the P99 million (US$1.9 million) loss from the island’s closure.

Many also question the draconian security measures imposed by the government, such as the deployment of riot police, restricting access to many parts of Boracay, and preventing the media from monitoring the planned rehabilitation of the island. 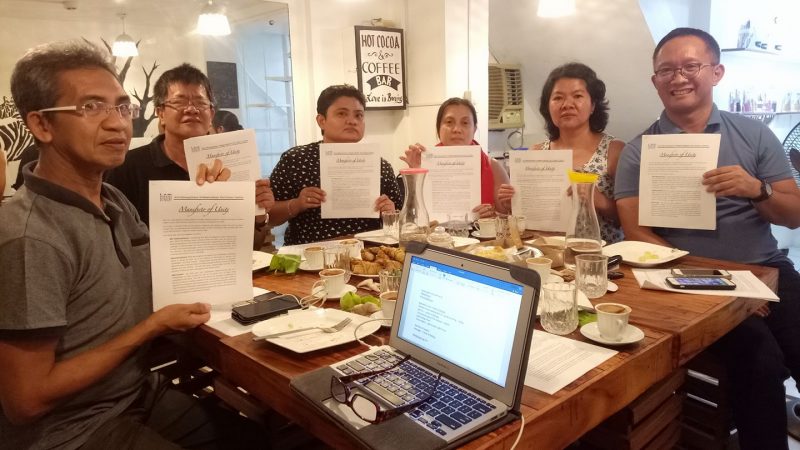 Concerned citizens put up Friends of Boracay network to help campaign against the island's closure. Photo used with permission.

While many agree on the need to address Boracay’s environmental woes, the economic destruction to be wrought by the arbitrary and sudden closure of the island has compelled different sectors to close ranks behind the affected residents and workers.

A Friends of Boracay Facebook page has been set up to gather statements of support for the island, its workers, and its small and medium enterprises. As the date of the island’s closure nears, they are calling on the public to take a stand for Boracay and the people who will be displaced by its closure.