‘Sometimes, embracing the Afro identity…means having unpleasant conversations with people you love’ 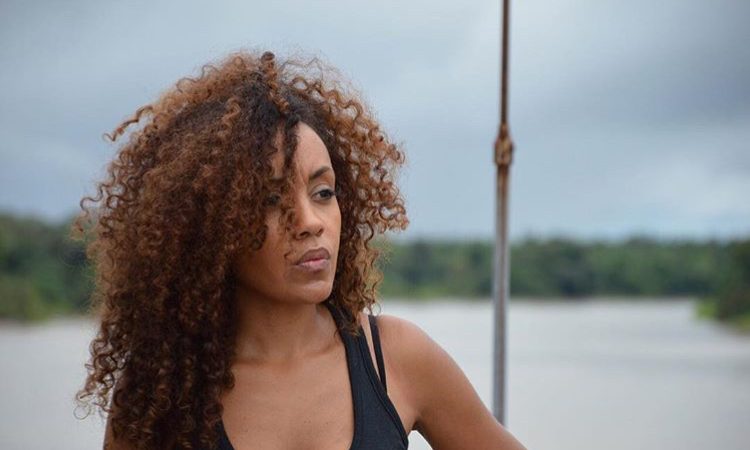 Lucía Asué Mbomío Rubio is a journalist from Spain, the city of Madrid to be more exact. She is the daughter of a woman from Segovia, Spain and a man from Niefang, Equatorial Guinea in central west Africa.

Among other things, this multi-faceted reporter has published a Spanish-language novel titled “The Women Who Dared” (“Las que se atrevieron“), collaborated with multiple organizations such as Global Voices‘ partner Afroféminas, an online community for Afro-descendant women, and runs her own YouTube channel.

Global Voices spoke with Mbomío about her contributions to the fight against racism in the context of Spain, her thoughts about blackness, and her work as an activist.

Global Voices (GV): What are the risks or challenges of embracing the Afro or black identity in a society like Spain?

Lucía Asué Mbomío Rubio (LM): In Spain, there is a fear of talking about race (acknowledging that races, from a biological perspective, don't exist and are a socio-economic construct), or let's say of dealing with certain topics that are uncomfortable or that, as photographer Rubén H. Bermúdez would say, ‘prove to be awkward,’ among other things, because it's assumed that it's something bad.

So it's not uncommon to hear phrases like ‘I'm not racist, but,’ as if that preamble were to invalidate the racist remark that usually follows.

For this reason, Mbomío says an important part of the fight against the injustices caused by racism depends on making the discrimination visible. And that in turn largely depends on the spaces in which those affected by it can be heard:

LM: Not long ago, Luis Castellví, a professor at Cambridge, wrote in an article: ‘For the white majority of Spain, racism is invisible, just like male chauvinism is for certain men, homophobia is for many heterosexuals, and a big etcetera. But obviously that doesn't mean that these kinds of discrimination don't exist. To know how much racism there is in Spain, the minorities who are affected and those who live with them must be given a voice.’

Well, this is what often happens in this society, that various -isms are discussed by those who have the privilege of not experiencing them and when we, the affected, offer an opinion, we are automatically accused of having a victim mentality without the understanding that listening to us is an opportunity to alter behaviors and, therefore, to contribute to the improvement of a country that we too belong to.

My awareness has gone hand in hand with my anti-racism activism, which includes my work of almost four years with Afroféminas to increase visibility by interviewing black women who could become points of reference for anyone, if some media outlet were to be so kind as to put the spotlight on them. I've also concentrated on organizing workshops at different forums with the goal of critically analyzing the way in which us journalists contribute to the dissemination of an image of black people that treats the part as the whole and refuses to let go of the stereotypes traditionally associated with us (yes, I'm speaking as someone who has disseminated as well as received that image, because as a journalist I've also made mistakes).

Being told ‘you're the racist for pointing out these differences’

Although conversations about racism are generally seen as difficult, the frequent pushback is often ignored. In Mbomío's experience, people's responses are varied and complex, but the majority have a common denominator that complicates the question even more: the refusal by many to recognize differences in daily life that they don't experience.

LM: Embracing the black or Afro identity can mean hearing phrases like ‘we're all the same’ or ‘you're the racist for pointing out these differences’ more than once. That ‘we're all the same’ line exposes the existing disregard of certain everyday realities, like how it's possible that while walking down the street you can be asked for your ID more times than would happen to someone who's white, because it's assumed you aren't ‘from here’ (with all that this idea of not being ‘from here’ entails [being a foreigner, an Other, not belonging, not having equal legal privileges, etc.]), or that you hardly ever appear in the media except in a stereotyped way, to give two examples.

Sometimes, embracing the Afro identity, from a more, perhaps, mundane but no less important point of view, means having unpleasant conversations with people you love and who love you. The most infinite love may not necessarily be exempt from prejudices that have been ingrained by a racist system.

GV: What's your opinion of the concept of a unified struggle against racism that seeks to move beyond racial division and have identity and experience as a main point of convergence?

LM: Allies are necessary, but there is no way they can lead the fight against racism. Not even my mother, who has two children who are well-read and who consciously self-identify as black, could. She can contribute with her vision as a parent, her experiences and opinions are important, but she can't know what my brother and I live (even if she suffers some of its consequences). Neither do I know what it is to be white and have children who are not: children who come home from school in tears because they were insulted, or angry or fearful after enduring some abuse.

The power of ‘where’ in identity

GV: I want to dive into a question that arises every time we try to define ourselves: the use of the word “black.” It's a term that was and is at the center of racism as a theory and whose use was born linked to colonization. On what side of the debate are you?

LM: I believe it's something that's very contextual. When I was little, here [in Spain], if you weren't white, you were black. All of the nomenclatures created to distinguish a gradation that groups you more with one person or the other, so specific to some Latin American countries (and the legacy of the Spanish caste system), weren't used very much. As many people have experienced in Spain, I've been told to go back to Africa when I complained about something that wasn't right or for having opinions that some people didn't agree with. So while I'm aware of the white, Spanish part of me, and recently also of the privilege that derives from it because of the colorism that exists and because I was born with the Spanish national identity card under my arm, I've always self-identified as black. “Afro-descendant” is something very recent for me, even though I recognize that when I'm in some places, knowing full well the power of ‘where,’ I use that word.

You also have to keep in mind that there are many people who are against the term ‘mulato’ because it's an exogenous and imposed name whose etymology comes from ‘mule.’ They animalize us.

Regarding the power of geographic and social contexts, Mbomío says:

I'm certain that had I grown up in other parts of the world, I would surely see it differently. In Equatorial Guinea, for example, which is my other country, they call me ‘white.’ But I've spent almost my whole life (with exceptions that haven't exceeded a year's time) in Madrid, and my stances correspond to my experiences here in Spain.

Here I want to quote Amin Malouf, who in his book “In the Name of Identity” explained that normally, despite the fact that we are multi-faceted, we cling to the facet of our identity that we consider to be the most attacked.

In the second part of this interview, Global Voices will talk with Mbomío about her work in digital Afro-activism, her YouTube channel, and her book “The Women Who Dared.”