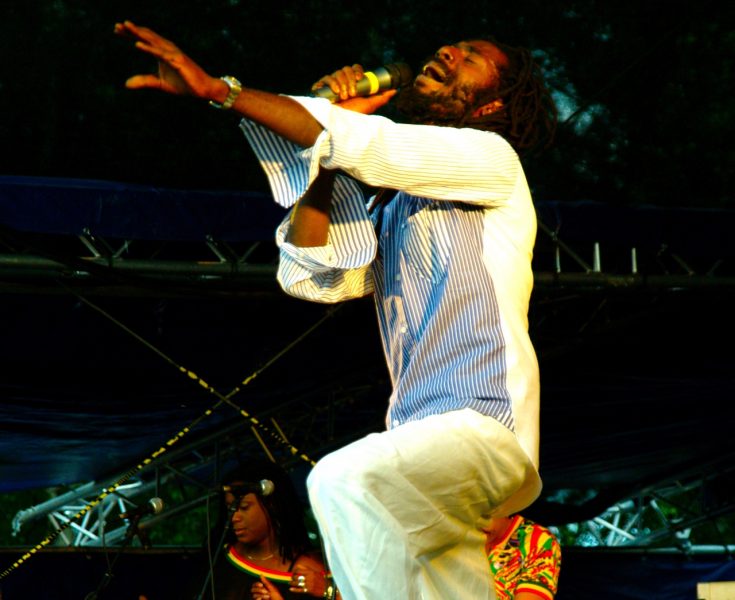 Jamaican deejay and lyricist Buju Banton, a flawed and misunderstood musical hero, is adored by his faithful fans and often receives lavish praise from critics. Yet, Banton's career has been fraught with controversy centered around his violent and homophobic lyrics, as well as drug trafficking and firearm charges.

His impending release from the McRae correctional facility in Atlanta, Georgia, in the United States, has sparked rivalries and renewed controversy as Banton gears up for his deportation back to Jamaica and fans debate his next moves.

Banton spent the last seven years in prison after he was found guilty of conspiracy to traffic cocaine in February 2011. A few days after his conviction, in keeping with the roller coaster style of his career, Banton received a Reggae Grammy Award for his album “Before the Dawn” (he had two previous nominations, in 2004 and 2010).

Banton is scheduled to be released from prison on December 18, 2018, one year early. Emotions are running high ahead of his anticipated release as reggae musicians, music producers, and loyal fans long for his return:

One regular tweeter shared a recent Billboard magazine article, ramping up the excitement:

Can you imagine the energy at Buju’s first performance? Especially if it’s in Jamaica?!!!! #Bujubanton

Where will Buju Banton appear first?

Banton fans are abuzz with speculation about where the dancehall star will hold his first concert. Some Jamaicans were offended when a Trinidadian music promoter declared via Facebook Live:

A member of Banton's marketing team, Jodiann Ebanks, made the announcement at a media briefing held during a Love and Harmony Cruise which sails from Florida around the Caribbean.

One Trinidadian expressed shocked delight at the news:

DO. NAATTT. PLAY. WITH. MY. EMOTIONS.

Should Jamaicans be offended if Buju Banton’s first performance is not on the island? We want to hear your views!! Sound off in our comments below!

While many Jamaicans said they would be offended, one fan generously replied:

I would prefer it to be Jamaica first but as long as he is free to come home man, am happy.

One Jamaican explained why he was not amused by the news that Banton might play Trinidad and Tobago first:

I’m genuinely pissed that #Buju will be doing his first show in #Trinidad and not #Jamaica!!! Everybody know you come out a jail your first stop is to your #wifeandkids or your #mother (if no family). #NoRespectDisrespect

A Bahamas concert is also in the works, but still no word on a Jamaica date:

PANACHE Magazine, a popular Jamaican press, rejected the speculations on Twitter, assuring fans that Buju will perform first in Jamaica:

#PANACHETV: Of course, Buju will be performing in Jamaica first! Buss it ah yaad before we go abroad ???? #Loyalty to the fans… Thanks #Gargamel | Read the latest on #bujubanton online at https://t.co/MXterKtuAw pic.twitter.com/7s6mTAXZIm

However, without a confirmed Jamaica concert date, doubts linger:

If the relevant Jamaicans wanted #BUJUBANTON to do his first show in Jamaica, they would have so taken the relevant steps to make that possible.

One Jamaican tweeted that Banton should give preference to Jamaica, citing a cautionary Jamaican proverb:

Don't do it, youth; the pastor christens his children first [meaning the equivalent of “charity begins at home”]

Dancehall star haunted by his homophobic past

Despite all the international attention, Banton remains haunted by his marred reputation as a homophobe. One of his most popular songs, “Boom Bye Bye”, reflects the misogyny and violence characterised by other dancehall recordings of the '90s, contributing to Jamaica's reputation as “the most homophobic country in the world.“

Banton recorded the song in 1993, at age 20. Members of the LGBT community in the Caribbean have not entirely forgiven him for his violent lyrics and responded with concern over the promotion of what the LGBT community deems “murder music”.

One Trinidadian reacted furiously to the possibility of a Banton concert on the island, asserting that the deejay continued to show homophobic tendencies later in life:

So when Buju was 30, he and his friends broke into a gay man's house and beat him till he lost his right eye […] He was also sentenced to 10yrs jail for Cocaine trafficking and illegal firearms possession – dats your hero idiots? Immigration should never let this IGNORANT CRIMINAL JACKASS into our country to bring he […] terrorism here!

Banton's alleged 2004 assault on a group of gay men near his Kingston recording studio resulted in the cancellation of several concert dates in the U.S., but Banton was later acquitted.

Trinidadian columnist Joshua Surtees asserted that Banton's homophobic history is reason enough to revoke publicity for the singer, and points out that his drug trafficking conviction should also prevent him from appearing under local immigration law:

The concert promoters see dollar signs and have no morals. The media, however, has a responsibility to its audiences in all their diversity. The publicity given to Buju is unacceptable. If Banton had ever retracted his hideous views on homosexuality and sought to amend the damage he has done to men and women across the Caribbean, he would be worthy of a platform. He hasn’t, and that’s why he is barred from performing in so many countries.

The Trinidadian government has a duty of care to its citizens and should uphold its immigration law, which prohibits entry to anybody convicted of a crime punishable by imprisonment of a year or more. Banton got ten years for drug trafficking.

Other dancehall artists may sing hate music more frequently than Banton – who has refrained from it of late – but he started it. The violence and hatred in Boom Bye Bye has been copied by younger generations. Its influence has not gone away. I have watched the whole crowd at Pier 1 nightclub in Montego Bay put their trigger fingers in the air when it is played.

The consequences of this music are serious.

Whether fans buy tickets or boycott post-prison Banton, the location of his first performance remains a mystery. While one music promoter dispelled rumors that Trinidad would host his first show, another attempted to clarify:

At a musical crossroads, Banton will be 45 at the time of his release and must prove his relevance or reinvent himself. It is unclear whether Banton has worked on new music while behind bars. While the dancehall genre remains highly influential, some music critics believe it has passed its peak.

The official Buju Banton Twitter account shared some of his lyrics recently, suggesting a philosophical acceptance of life's challenges:

“From the minute of birth you enter this earth obstacles deh inna your way to overcome first”. pic.twitter.com/AIWOlJg6Us

On February 2, Banton's official Facebook page posted a quote from the 1995 song “Wanna Be Loved”:

I wanna be loved
Not for who you think I am,
Nor what you want me to be
Could you love me for me?