Netizen Report: Around the World, Activists Demand Answers From Facebook

As Facebook CEO Mark Zuckerberg faced hearing before the US Congress this week, digital rights advocates around the world publicly shared testimony of their own, giving voice to the experiences of millions of users who have struggled with harassment, discrimination and threats of violence on the platform.

Civil society groups in Sri Lanka issued an open letter to Zuckerberg citing multiple instances in which the company had failed to implement its own “Community Standards.” The letter emphasizes Sri Lanka’s civil war, which officially ended in 2009 but from which the country is still recovering.

The authors cite a March 2018 Facebook post, shared amid violent religious riots in central Sri Lanka, that called for the “killing of all Muslims, without sparing even a child, because they are dogs.” Despite being reported multiple times, the post remained live on Facebook for six days, with the company first replying that the post did not violate its Community Standards.

In a separate open letter, advocates for human rights in Vietnam plainly asked: “Is Facebook coordinating with a government known for cracking down on expression?”

The group noted that Facebook Head of Global Policy Management Monika Bickert met with the Vietnamese minister of information and communications and reportedly agreed to coordinate in the monitoring and removal of content. They went on to describe how the Vietnamese government’s “cyber army” of thousands of online trolls has exploited Facebook’s platform and tools, “coordinating mass reporting of activist accounts and celebrating their accomplishments when accounts and pages are taken down by Facebook.”

And civil society advocates in Myanmar took Facebook to task after Zuckerberg held up the company’s work in Myanmar as an example of strong engagement in a time of crisis, at the peak of the Myanmar military’s assault on the Rohingya Muslim minority in 2017.

The group described Facebook’s efforts to curb calls for violence against Rohingya people as “the very opposite of effective moderation” and said the company demonstrated “a reticence to engage local stakeholders around systemic solutions and a lack of transparency.”

Calls of this nature have come from the US as well. Data for Black Lives, a US-based network of scientists, activists, and organizers, called attention to evidence of racial and economic discrimination in Facebook’s platform and advertising technology. The group implored Facebook to commit their data to a “public data trust” that would allow researchers to study it “in service of the public interest” and to hire more African-Americans on their product and engineering teams.

In a broad-based response to the hearings, Facebook has pledged to improve transparency in ads and pages, and to allow academic researchers greater access to internal information to inform independent research on the platform. Time will tell if these measures will help to improve upon the many acute issues raised in the letters above.

Six activists, all but one of whom were active in the blogosphere, were convicted of subversion after a one-day trial in Hanoi. With sentences ranging between seven and 15 years behind bars, they are facing the harshest punishments to be issued by Vietnam's one-party state in years. Loa, a podcast produced by pro-democracy group Viet Tan, reported that activist Trương Minh Đức said in court, “I have no regrets. Today you put me on trial but tomorrow it may be you on trial.”

More than a year after security officers arrested and detained Ahmed Mansoor, the Emirati human rights defender finally appeared in court for a hearing. He was detained in an undisclosed location for more than a year. It is not publicly known whether he has been officially charged yet, or what has happened thus far in court proceedings.. Authorities accuse him of using social media websites to “publish false information that harms national unity.”

Authorities in China ordered a ban on NeihanShequ, a popular app for jokes and riddles, arguing that its content has become too “vulgar” and “banal.” Neihan allowed users to submit jokes and riddles in multimedia format, for others to comment on and vote up or down. Zhang Yiming, the CEO of Neihan parent company Toutiao, offered a public apology and promised that Toutiao will strengthen self-censorship measures by increasing the pre-screen staff team from 6,000 to 10,000 people.

In an April 5 press release, Facebook announced that the personal data of more than 1 million Indonesians may have been accessed and used by Cambridge Analytica in its work on behalf of Donald Trump’s presidential campaign. Indonesia’s information and communications minister said he would not hesitate to block Facebook nationwide if officials find that this personal data was exploited or misused.

The Intercept published an in-depth report on the activities of quasi-professional internet trolls in Guatemala, where a UN commission is investigating corruption and campaign finance in the administration of President Jimmy Morales. Over the past year, Colombian judge Iván Velásquez, who leads the commission, has become the primary target of a coordinated campaign of political harassment and online disinformation.

US Homeland Security ramps up plans to monitor journalists

The US Department of Homeland Security announced that it plans to develop a database of journalists and media influencers in order to track their coverage and online activities. The database will reportedly include “journalists, editors, correspondents, social media influencers, bloggers” and endeavor to “identify any and all media coverage related to the Department of Homeland Security or a particular event.”

In its 12th biannual transparency report, Twitter announced that it has suspended more than 1.2 million accounts over “terrorist content” since August 2015. From July-December 2017, it suspended more than 274,000 accounts for the same reason. According to the company blog, 93% of these accounts were “flagged by internal, proprietary tools” (i.e. not humans) while accounts reported to the company by governments accounted for less than 0.2% of the total suspensions. 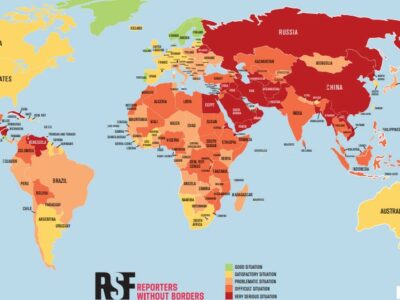 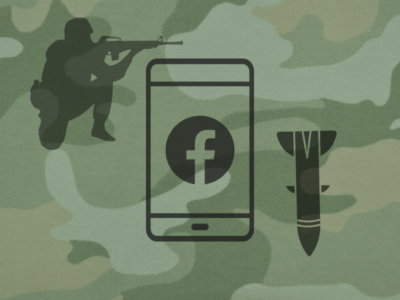