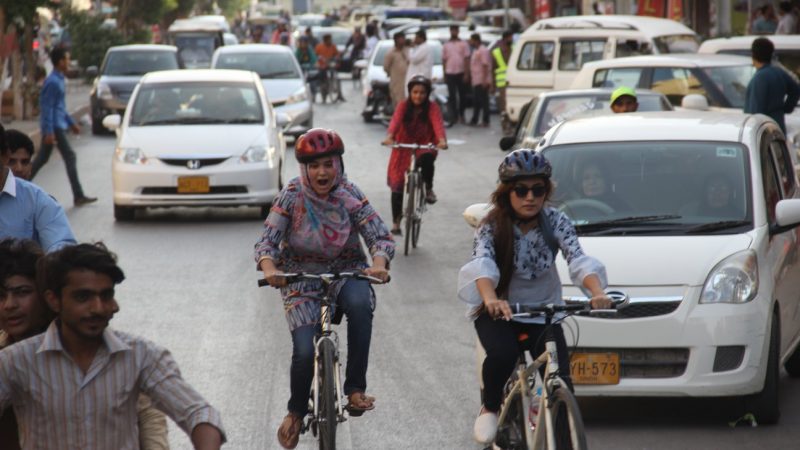 On April 1, 2018, a bicycle rally was organized in major cities of Pakistan (Islamabad, Lahore, and Karachi) by prominent Pakistani feminist collective Girls at Dhabas. The ‘Girls On Bikes’ Rally was their third annual event to promote female participation in public events, fight restrictions faced by women in public places and increase awareness about issues faced by women.

Read more: Pakistani Women Are Reclaiming Public Spaces, One Teacup at a Time

In May 2015, two Karachi-based girls, Sadia Khatri and Natasha Ansari, started using the hashtag #GirlsAtDhabas as a space to curate photos of women on Tumblr. The hashtag went viral when hundreds of women across South Asia began sharing photos of themselves at dhabas (roadside cafes) on Twitter and Tumblr, launching a conversation about safe spaces for women. After this, the collective was born. 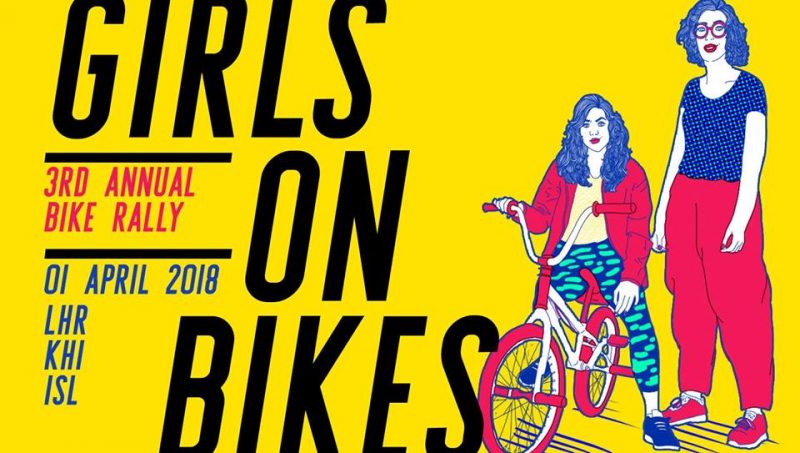 “Girls on Bikes Rally” poster by Girls at Dhabas. Image from the group's Facebook event page

On the event page from this year's Bike Rally, Girls At Dhabas mentioned:

Through this annual event, we aim to challenge the existing mindset that it is inappropriate for a female or a gender non-conforming person to be out and about on her own. We wish to encourage each other to participate in this collective movement to assert our right to navigate public spaces on our own terms.

Several women were seen rallying on the streets of Karachi, Lahore and Islamabad with slogans against patriarchy and inequality. Girls at Dhabas tweeted:

What a fantastic day yesterday. We had 70 riders in Islamabad, another 70 in Lahore and 30 in Karachi #GirlsOnBikes pic.twitter.com/GrQb5Ad2UB

Posters with slogans such as “Two-Tyred of Patriarchy” and “Pedal 2 Fight Patriarchy” were seen. Showbiz and News tweeted:

Swipe through to check out #GirlsOnBikes take to the streets as they reclaim public spaces and normalise girls riding bicycles. Kudos to all the ladies who came out to support the initiative. pic.twitter.com/3vD31Avhn8

Soon, people expressed their views with the hashtag #GirlsOnBikes, making it a trend on social media. Concerned about the future of women in public spaces, a netizen tweeted in support:

I hope the #GirlsOnBikes rally helps normalise women on bikes in Pakistan. I felt like I saw areas of my city for the first time. It was a dream to be able to bike on the roads I commute on daily in cars or rickshaws. And again, shout out to the sisterhood for sticking together?

“may we ride past the pointing and the stares, beyond life’s speed breakers and slow lanes, through its middle and fast lanes, on to the overpasses and towards infinity and beyond” #girlsonbikes #lahore pic.twitter.com/JD07Brosbh

What a liberating Sunday it was, riding with these warriors through the very streets where I have been groped, harassed, cat called and stared at in the past! Guess what guys, your #TimesUp !!! #girlsonbikes #reclaimpublicspaces kudos to @girlsondhabas for 3rd annual rally! pic.twitter.com/LDLTpf63jQ

There are many encouraging images of the participants, from young to old, in different Pakistani cities on the Girls At Dhabas Facebook Page: 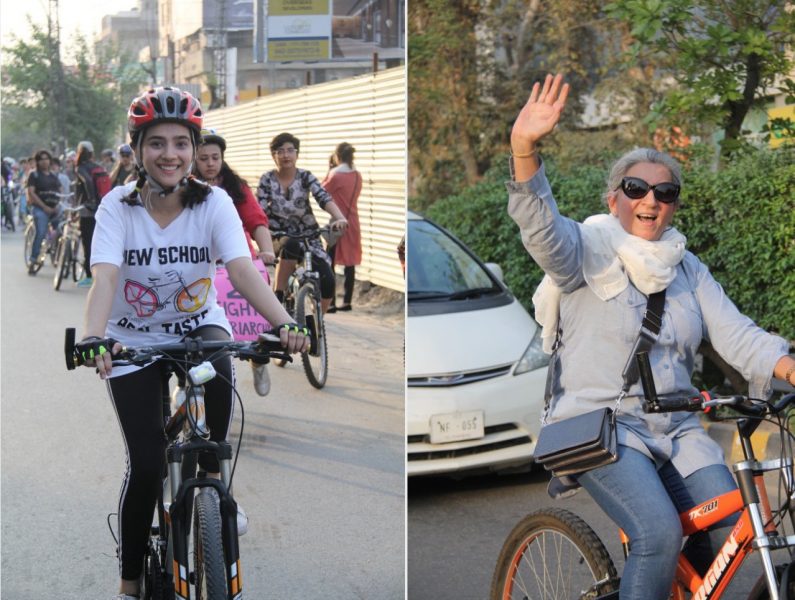 Cyclists of all ages riding in solidarity via Girls at Dhabas Facebook page. Used with Permission. 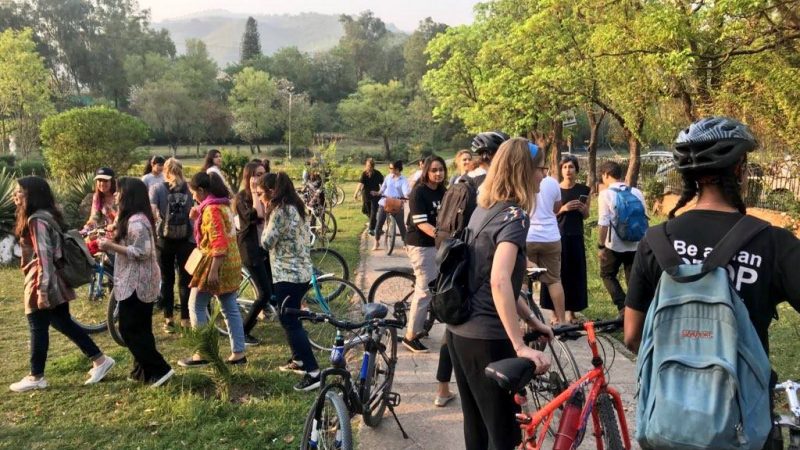 In Islamabad, Pakistan via Girls at Dhabas Facebook page. Used with Permission. 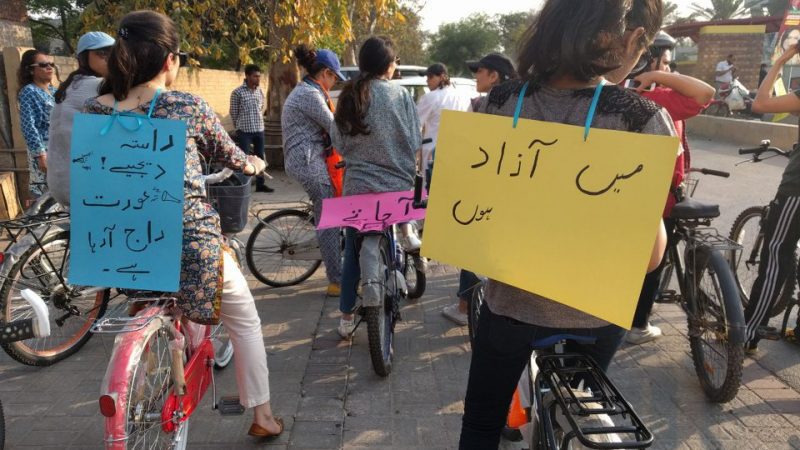 In Lahore, Pakistan via Girls at Dhabas Facebook page. Used with Permission.

The rally also received criticism from some social media users who believe in defined gender roles and declared the rally a Western trend. Momina Khan tweeted: