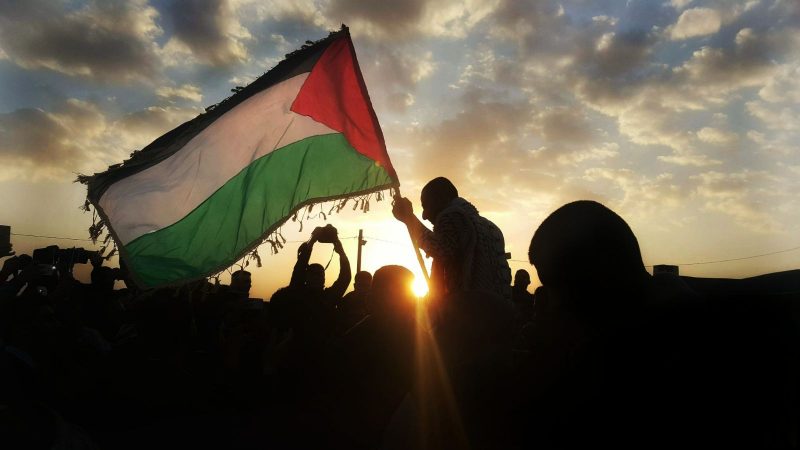 After months of preparing, tens of thousands of Palestinian protesters launched the “Great Return March” along Gaza's eastern borders with Israel on 30 March to commemorate Land Day.

The mobilization ended in death when the Israeli army opened fire on the estimated 30,000 people attending, killing at least 20 Palestinians and injuring over 1,600 others. While Israeli authorities maintained it was a “measured” response, witness testimonies and video footage painted a picture of disproportionate force. It has since been dubbed the “Land Day Massacre” or the “Passover Massacre“, the latter term especially used by Jewish activists opposing what happened.

More protesters were injured and killed by security forces in the days that followed, including Yaser Murtaja, a 30-year-old photojournalist who was shot by an Israeli sniper in the stomach and later died of his wounds.

The two others in the photo are Adham al-Hajjar and Khalil Abu Athira. pic.twitter.com/NtocpsAHIS

What is the Great Return March?

The Great Return March is a six-week peaceful campaign demanding that refugees be allowed back to the homelands from which they were expelled decades ago. 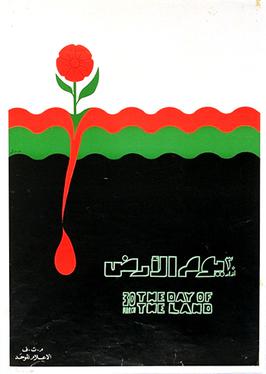 Land Day poster from 1985. From Wikipedia, fair use.

The movement began on Land Day 2018, which marks the date in 1976 when the Israeli government announced its plan to expropriate thousands of dunams of Palestinian land for Israeli settlement purposes.

In response to that announcement more than 40 years ago, a strike and marches were organized in Palestinian towns within the state of Israel that ended in confrontations with Israeli security forces, during which six unarmed Palestinians were killed.

Land Day has since become a symbol of civil resistance to discriminatory policies against Palestinians, both from within Israel and in the Occupied Palestinian Territories.

The Great Return March protests will continue until 15 May to commemorate the 70th anniversary of the “Nakba”, which translates to “catastrophe” in English. It refers to the violent expulsion of over 700,000 Palestinians from their lands by Zionist militias to make way for the establishment of the state of Israel in 1948, which some activists and analysts describe as ethnic cleansing.

Gaza is a narrow 40-kilometer-long coastal territory with fences and concrete walls running along its borders with Israel and Egypt. Israel and Egypt have blockaded the strip for more than a decade. As a result, living conditions in Gaza are poor and Gazans’ freedom of movement is severely restricted, to such an extent that Gaza is often described as “the world's largest open-air prison”.

Today, the majority of Gaza's population consists of the Nakba's initial refugees and their descendants. Of the 1.9 million living in Gaza, 1.3 million are refugees. Often ignored in coverage of the Israeli-Palestinian conflict, Palestinian refugees are actually a central component of it.

Jehad Abu Salim, a Palestinian researcher from Gaza, writing for 972mag in 2016, explained:

The Nakba is not history relegated to the past, but history lived in the present: in the narrow alleys of the crowded refugee camps, in the women who leave their humble houses in the camps every morning to receive their food packages, in the barefoot children who play soccer on Gaza’s beach, and in the lands of depopulated villages just beyond the fence still visible from the rooftops of Gaza’s refugee camps. The Nakba is still present in Gaza, not only by the continuation of the state of refuge, but also by the continuity of the rupture that it caused.

‘Most of Gaza's population are refugees working to return home’

Palestinian journalist Mariam Barghouti recently made a similar point in a tweet, adding that the Israeli and Egyptian siege on Gaza, which was tightened in 2007 when the group Hamas came to power, is being actively challenged by Palestinians in Gaza:

Important to remember that most of Gaza's population are refugees working to return home. Not waiting, they are actively working. Almost eleven years of siege on #Gaza, and they are still protesting in the thousands the right to return, the right to live in dignity and freedom.

Among the activities that have been occurring are the planting of olive trees and the establishment of tents erected 700 meters from the Israeli-installed fence to symbolise the right of return for Palestinian refugees: