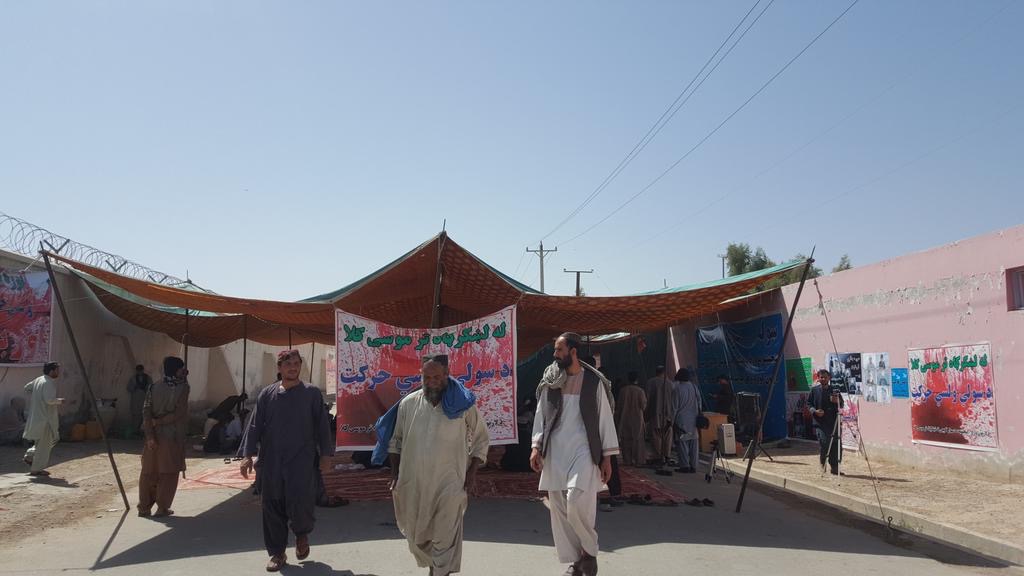 In Lashkar Gah, the administrative capital of Helmand, which is known as a Taliban group political heartland and a centre of opium production, a car bomb went off at a wrestling match, killing 14 people and wounding dozens.

One day after the March 23 blast, hundreds of Helmand residents began a sit-in camp, demanding a two-day cease-fire between the Taliban group and the Afghan government, with around 30 activists going on hunger strike.

Both the government and the Taliban group rejected the two-day ceasefire demand.

In an interview given to the New York Times, one striker, Qais Hashimi, blasted both the Taliban and the Afghan government as “foreign puppets”, before adding:

Six hunger strikers were hospitalized during the action.

Eventually members of the province's Ulema Council (religious scholars council) intervened and pushed the strikers to end the hunger strike. The council, however, promised to work jointly with the protesters to lobby for peace.

Women, who are rarely visible outside homes in the conservative province, also launched their own sit-in camps in a defiant show of anti-war solidarity that comes as the Taliban stall on proposed peace talks.

The Helmandi mother who lost her 18 years old son on fridays attack, call on Taleban for a peace deal.#Helmand #peace #tent pic.twitter.com/r3OHagRh9e

The protesters, who have called themselves a “People’s Movement”, also vowed to carry out a peace march to the Taliban-controlled town of Musa Qala.

The movement cannot easily be depicted as controlled by “outside forces” or “elites”, a point made succinctly by Twitter user Sayed Madadi.

The protest in #Helmand may succeed, it may not. But there is something that sets it aside from the rest: it isn't an elite movement by western educated youth in #Kabul. It is one led by rural Afghans from whom the #Taliban allegedly derive their legitimacy, if there is any.

The peace camp soon expanded to other parts of Helmand before residents of Herat and Farah provinces in western Afghanistan joined up too. Then the movement reached Afghans in eastern Paktia province, where a small group established their own sit-in.

Price of civic protest again war is much less than the price of silence. #Afghanistan have lost more because of indifference of majority not rising against war mongers, national & intl. criminal mafia network & dug dealers in the last 4 decades. Proud of #Helmand civic protest.

While avowedly neutral, the sit-in camps put fresh pressure on the Taliban after Afghan President Ashraf Ghani reached out to the group with a generous peace offer at the end of February.

The offer on the table included recognition of the Taliban group as a political party, the release of Taliban prisoners and efforts to remove the Taliban’s leaders from international sanctions lists.

But the Taliban group has yet to provide an official response to Ghani’s offer.