‘It Is Sad to Realise That When Police Officers Are Sued, the Victims Are Judged Instead’

A Journey for Justice in the Americas, Part 2: In Kingston, a Brazilian Woman Tells Her Story 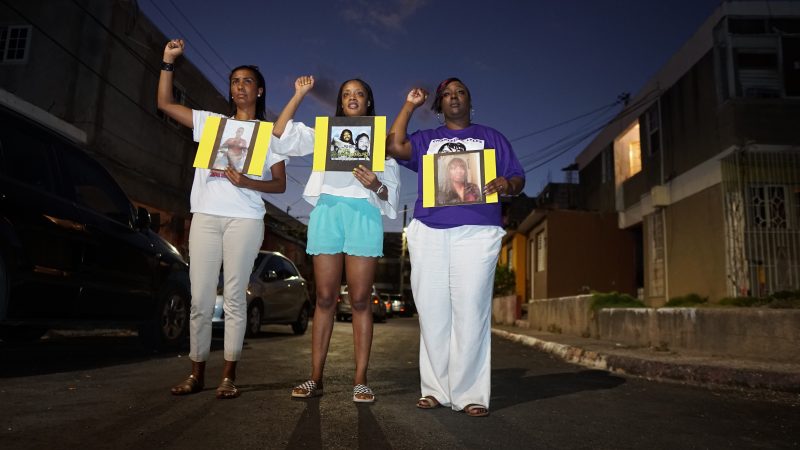 This is the second installment in a three-part series that features three women — from the Caribbean, South America and North America — brought together by the shared experience of losing a loved one to police brutality. Read the first part here.

Brazilian human rights activist Ana Paula Oliveira, recently met two of her peers — Shackelia Jackson from Jamaica and Katrina Johnson from the United States — in Kingston, Jamaica's capital city. The women were there as part of an Amnesty International campaign, A Journey for Justice in the Americas, which focuses on the struggles of families who have had a loved one killed by the police.

Although each police killing had a different context, they each felt the need to continue fighting for justice for themselves, their families, and all those who find themselves in similar situations.

Moreover, with the Latin America/Caribbean region having the highest homicide rates in the world, public opinion tends to sympathise with punitive policing methods, according to surveys such as the Vanderbilt University/USAID LAPOP Report. Women like Ana Paula, Shackelia and Katrina are therefore in need of greater support from their respective countries’ judicial systems, as well as from the society at large.

Ana Paula Oliveira became a prominent activist against police brutality in Brazil after her 19-year-old son Jonatha was killed in Rio de Janeiro in May 2014, during what police officers said was an “armed confrontation” with residents. In the case’s latest hearing in 2016, one officer claimed Jonatha was a drug dealer, an accusation that was refuted by all five defense witnesses who were at the scene. They all told the court the same story: the police officers fired at the crowd, hitting Jonatha, a mere bystander.

Although she was speaking through an interpreter, Oliviera's message was poignant, personal and universal: “When I fight for justice for my son, it makes feel like I’m still taking care of him.”

Oliveira (AO) spoke to Global Voices (GV) about her struggle:

AO: On May 14, 2014, it was around 3:30 p.m. when Johnatha left home to take his girlfriend to her home. On his way back home, there were police officers doing surveillance in the area and there was an altercation between them and some residents from the community. Police officers allegedly fired shots in the air to disperse the crowd. There were a lot of people on the street. At this moment, Johnatha was passing by and was shot in his back, fired upon by a police officer from the Police Pacification Unit in the favela of Manguinhos. Later on, during the legal process, we were informed that Alessandro Marcelino de Souza, the policeman that shot Johnatha, was already being accused for previous crimes — three homicides and two attempted homicides. When my family and I knew that Johnatha was dead, it was very painful and we became angry, because besides all the suffering and pain, we had to prove that Johnatha was innocent. Police officers said that Johnatha was a suspect, but it's not true.

She described what motivated her to continue campaigning:

It is important to do this in his memory. I needed to tell the truth. I needed to show everyone that his case was not an exception. Every day, black young men are killed by the police in favelas and other marginalised areas. While I’m still alive, I will fight. I know that when I raise my voice it is not only for my son — it is also for all the other families that suffer as I do and that can’t fight for justice. If I don’t fight, I will become sick and die. When I fight for justice for my son, it makes feel like I’m still taking care of him. It’s like I’m still experiencing motherhood for him.

GV: Could you name one area in which the problem of extrajudicial killings could be tackled effectively in Brazil?

AO: Strengthening laws is important, Nevertheless, in Brazil, some laws exist but are ineffective. If the public authorities and mechanisms of control were effective in their roles, other killings would not have happened. If there was the commitment of our judicial system, there wouldn’t have been other killings. It is sad to realise that when police officers are sued, the victims are judged instead. It is clear enough for the relatives of victims that the judicial system is unequal.

Oliveira appealed to her fellow Brazilians for a deeper understanding of and empathy for the plight of marginalised populations:

In theory, there is no death penalty in Brazil. However, we can see the armed hand of the government deciding who is going to live who is going to die in favelas and other marginalised areas. People are being executed. Families are being destroyed. It is sad to realise that part of our society supports all this. When someone celebrates the death of a resident in a favela, he or she is also responsible for the murder, and have blood on their hands. Don’t be indifferent. The fight must be for life!

Meanwhile, in Jamaica police killings continue to rise. As at April 1, 2018, there were 31 Jamaicans killed by the police, with three shot dead by the police in the parish of St. James (currently under a State of Public Emergency) on the Good Friday holiday.

In Brazil in 2016, police officers — including off-duty officers — killed 4,224 people, an increase of 25% in just one year. The recent shooting of a high-profile activist has provoked widespread protests and calls for justice (including from African-American celebrities).

And in the United States, an Inter-American Council on Human Rights (IACHR) hearing in December 2017 concluded with comments by the Jamaican Commissioner Margarette May Macaulay, Special Rapporteur for the United States, who “articulated that police brutality is also a problem in her home country of Jamaica. She urged the U.S. to establish independent review mechanisms for crimes by police, outside of the normal prosecutorial system, as they have recently instituted in Jamaica. She also encouraged the United States to improve training, provide full reparations to victims, as well as address the issue of wide access to firearms.”

When asked how she feels about the future, for herself and her country, Ana Paula observed:

I have to believe in better days. I have to have hope.