An Ethiopian domestic worker in Lebanon recounts abuses she suffered. 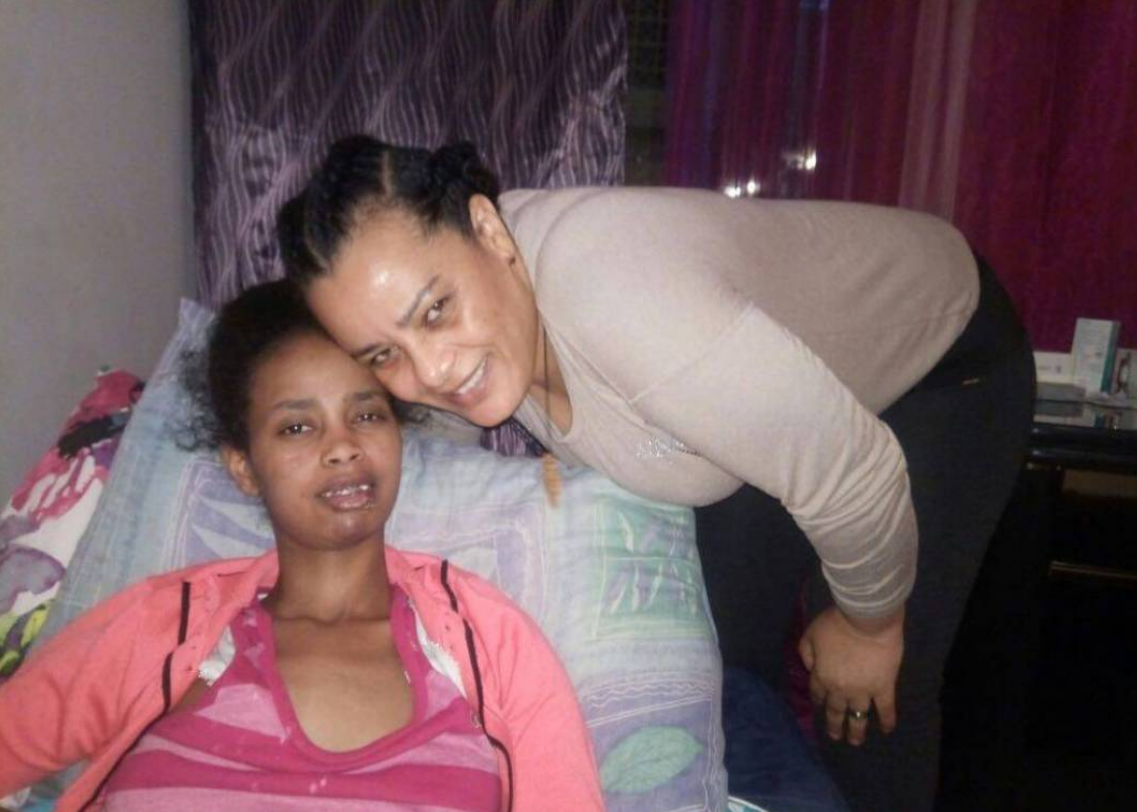 When 21-year-old Lensa Lelisa Tufa and another (as of yet unidentified) Ethiopian domestic worker attempted to flee the house of their employers in Beirut on March 11, 2018, they saw no other alternatives but to jump from the balcony on the second floor.

But Lensa was the only one who jumped. The other woman, fearing injury upon seeing Lensa's state, did not.

When Lensa was admitted to hospital with two broken legs, she recorded a five-minute-long video with the help of her aunt Ganeth explaining her situation.

The video, in Amharic, was then uploaded on March 26 by the page “This is Lebanon“, which focuses on exposing abuses faced by migrant domestic workers in Lebanon, with English subtitles. At the time of writing, nearly 100,000 people have viewed the video.

In the video we hear her saying that:

[…] From the very beginning they were abusing me […] They tortured me and I couldn't do anything to save myself. They beat me everyday with an electric cable and wrapped my hair around their hands and dragged me around the room. They smashed my head into the walls. […] There were four of them abusing us. […] They took turns abusing us. […] He was pushing his fingers into my eyes. […] I said to myself, ‘How long can I carry on?’ […] There was another Ethiopian girl with me and the same things were happening to her. She decided to jump from the balcony with me.

It was soon revealed that the employers run a haute couture fashion company called Eleanore Couture.

In response, “This is Lebanon” organised a protest which was attended by around 40 activists in front of company in Jdeideh, in the northern part of the Greater Beirut area.

While her aunt Ganeth was initially denied to visit her in the hospital, she was eventually allowed following pressures on social media, according to Lebanese journalist Anne-Marie El Hage writing for the Francophone daily L'Orient Le Jour.

Lensa is one of many migrant domestic workers in Lebanon forced to work and live in difficult conditions under Lebanon's notorious “kafala” (meaning sponsorship) system. 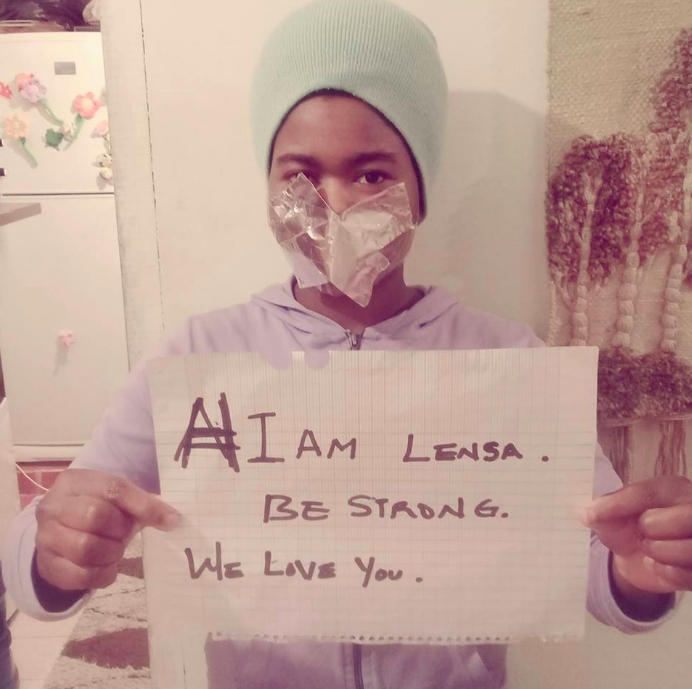 One of the many people who uploaded a photo of themselves with #IAmLensa to support Ethiopian worker Lensa Lelisa in Lebanon. Source: This is Lebanon. Used with permission.

As the advocacy organization Migrant-Rights.org explains, the set-up makes these workers vulnerable to abuse: 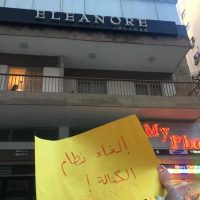 A protester hold a sign under the “Eleanore” shop. The sign reads: “abolish the Kafala system!”. Photo by author.

Migrant domestic workers in Lebanon have repeatedly demanded the end of the kafala system and the ratification of the International Labor Organization's convention 189, which ensures human rights be respected for all domestic workers.

According to statistics from Lebanon's intelligence agency that were obtained by the humanitarian news and analysis agency IRIN, migrant domestic workers in the country die at a rate of two per week.

Read: ‘We Are Not Slaves, We Want Our Rights': Lebanon's Migrant Domestic Workers March on Labour Day

Unsurprisingly, Lensa said she wanted to change employers, but the latter's daughter threatened to send her back to Ethiopia if she tried to do so. The exchange was quoted by El Hage:

“If I can walk again and be well, I want to change my employer and work in Lebanon.” The daughter of the employer then answered: “I'm ready to send her back home, then.”

And as El Hage explains, there have been many attempts to cover up this story:

For this to happen, many had to turn a blind eye. From the hospital, to the police, to the medical examiner, to the recruitment office which only provided the name and contact info of an Ethiopian employer, to the Ethiopian embassy as well, which abandoned the young woman to her abusers, and turned a blind eye to the ongoing dangers she is in.

Lensa even had to deny jumping in the presence of the employers:

They simply took note of her testimony, in the presence of her employers who visibly told her what to say: “I slipped while putting up the laundry” and “I don't need help”. Even the medical examiner certified that there were no bruisings, despite photos showing a young woman severely injured and covered with bruise.

In addition to being sent back to her abusers by the hospital, Lensa has an additional month and a half of doctor-recommended resting ahead of her.