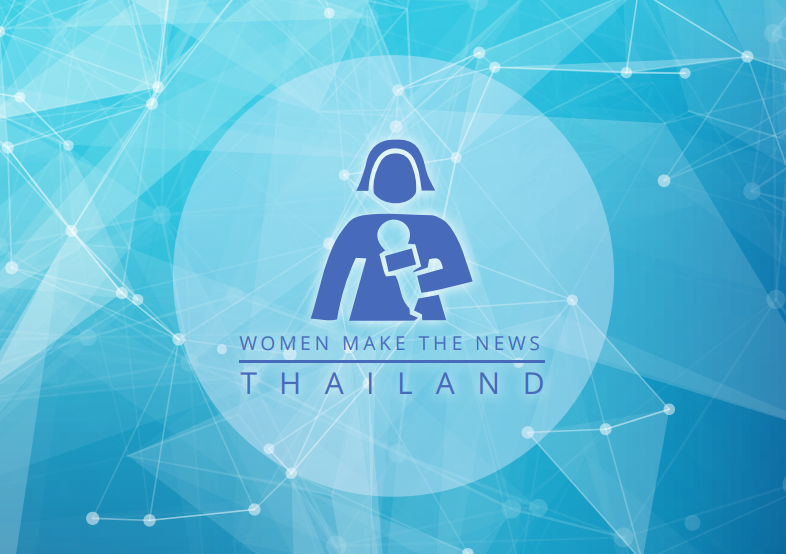 The “Women Make the News” database was launched in 2017 to advance gender equality in the media and society. It provides a list of contacts of female experts to feature more women voices in news reports.

UNESCO Bangkok cited a 2014 study by Thai Public Broadcasting Service which found that only one in four experts interviewed in one month of Thai TV news reports were women.

But women experts are not lacking in Thailand. Another study revealed that about 53 percent of all scientists in the country are women. In addition to this, women comprise about 37 percent of those in top business positions. Thailand is also one of six countries in the world where there are as many women starting businesses as men. 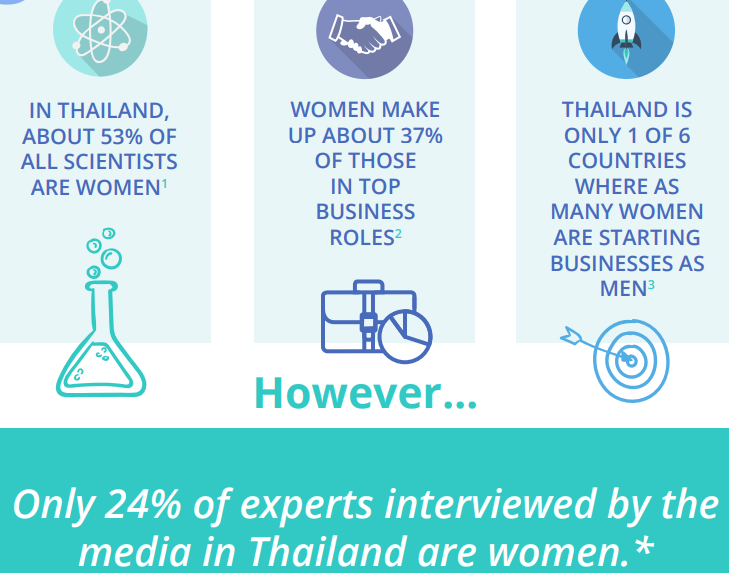 “In Thailand, about 53% of all scientists are women. Women make up about 37% of those in top business roles. Thailand is only 1 of 6 countries where as many women are starting businesses as men. However, only 24% of experts interviewed by the media in Thailand are women.” Source: UNESCO Bangkok

In response to the dominant representation of women as victims, family figures and sex objects, the “Women Make the News” project was conceptualized. It has three specific objectives:

Link journalists based in Thailand with female experts voices.

Increase the visibility of Thai female experts and female voices in the news.

Highlight the diversity of female expertise in Thailand and encourage greater participation of women in society.

As of this writing, the database has almost 300 women experts in topics where gender imbalance in news coverage has been noted. These include media, ICT and innovation, culture and history of the Association of Southeast Asian Nation, and environment and climate change. The public are enjoined to nominate more experts as well as inviting other women leaders to be part of the database.

Using the database is quite easy. The search function of the tool allows users to find experts based on expertise, location, sector and theme.

When this author searched an expert on the “internet” in Bangkok, the database listed several experts who have affiliations with institutions like the Thammasat University and Chulalongkorn University, as well as a former deputy minister of education.

Each profile contains a contact information and a brief biographical background of the expert. For example, here’s the profile of human rights leader Angkhana Neelapaichit: 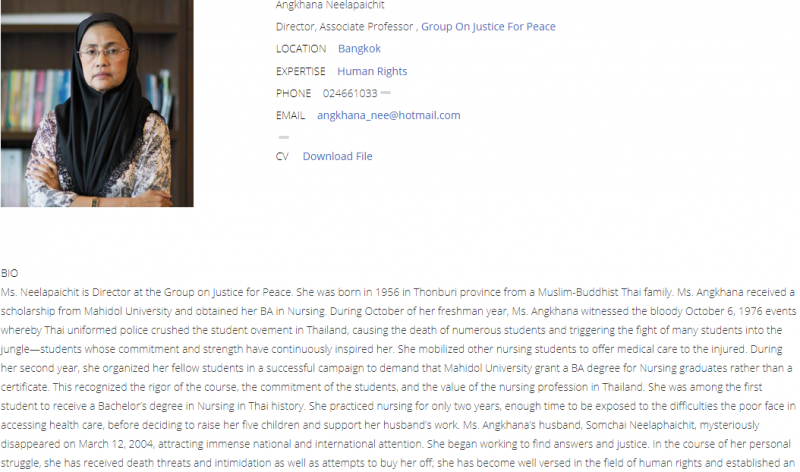 Screenshot of the profile of Angkhana Neelapaichit. Source: ‘Women Make the News’

A year after the launch, UNESCO Bangkok acknowledged the limited impact of the tool:

To remedy this, a workshop was organized with several Thai media groups in time for the celebration of the International Women’s Day early in March 2018.

Learn more about how the database is being used in Thailand today by watching this brief video: