A Journey for Justice in the Americas, Part 1: Three Women Tell Their Stories in Kingston, Jamaica 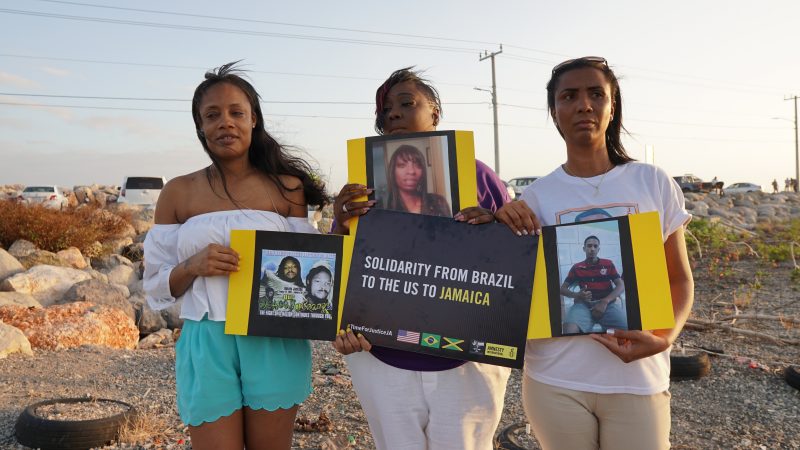 Three women from three very different countries met recently in Kingston, Jamaica. Under normal circumstances, their paths may never have crossed, but these inspiring activists have one thing in common: each of them lost a relative at the hands of the police.

As part of their effort to draw attention to the issue of police brutality, Shackelia Jackson from Jamaica, Ana Paula Oliveira from Brazil, and Katrina Johnson from the United States, recently accompanied an Amnesty International delegation to Jamaica.

Their visit coincided with the International Day Against Police Brutality on March 15. The women took part in a public conversation at the University of the West Indies Mona campus entitled “A Journey for Justice in the Americas,” hosted by Amnesty International Caribbean/Caribe/Caraibes and supported by local human rights lobby group Jamaicans for Justice.

They used the occasion to deliver 64,331 letters and signatures as part of a global petition which, since December 2017, has gathered more than half a million supporters worldwide who are calling on the Jamaican government to end impunity for unlawful killings by police.

In 2016, Amnesty International released Waiting in Vain: Unlawful Police Killings and Relatives’ Long Struggle for Justice, a report detailing illegal tactics used by police across Jamaica to make it difficult for victims’ relatives to get justice.

But such tactics have not stopped Jackson from trying. She openly expressed her disappointment at the low turnout for the event, which was live-streamed on Facebook, but the reality is that many Jamaicans are ambivalent about extrajudicial killings. Instead, their focus is on the country's rising homicide rate (over 1,600 murders in 2017) and growing concern about personal security.

In fact, it is common for Jamaicans to openly (or tacitly) support “hard policing” methods. There was recently some measure of public support for Reneto Adams — a “tough” retired policeman who was allegedly involved in extrajudicial killings during his time as head of the controversial Crime Prevention Unit — to be appointed to the post of police commissioner.

Adams was involved in operations in the inner city community of Tivoli Gardens in 2001 which resulted in many deaths. The subsequent 2010 incursion by security forces in the same community, in which 72 people are alleged to have died, continues to reverberate. Prime Minister Andrew Holness eventually apologised in Parliament for the incident last December — a year after the publication of an Amnesty special report on the relatives’ long struggle for justice after extrajudicial killings.

According to a report by the Independent Commission of Investigations (INDECOM), which probes abuse by the police, after a downturn in police-related deaths between 2014 and 2016, 2017 saw an alarming increase of 51%. Thus far, 2018 has seen 31 fatal shootings by the police and INDECOM itself is now in a state of uncertainty after a March 16 Appeal Court ruling held that an organisation is not a legal person and therefore cannot arrest, charge or prosecute. 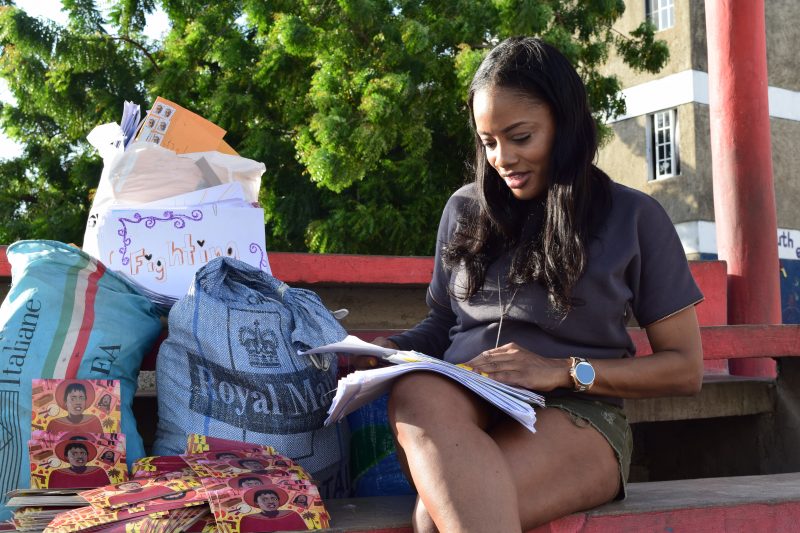 In Orange Villa, Kingston, Shackelia Jackson reads letters from some of the thousands who corresponded and sent social media messages of solidarity through the “Write for Rights” campaign in November/December 2017. Photo by Amnesty International/Robin Guittard, used with permission.

Against this discouraging backdrop, Shackelia Jackson remains a determined, eloquent and charismatic spokesperson on behalf of Jamaican families whose loved ones have been killed by the police. These families often suffer other consequences, including stigmatisation, threats, intimidation and an unsatisfactory conclusion to the investigations.

SJ: I lost my brother, Nakiea Jackson, on January 20, 2014, after he was fatally shot by a police officer in Jamaica.

It was alleged by the police that they were chasing a Rastafarian-looking man who robbed a gas station. In pursuit of the individual, my brother was approached while carrying out his routine operations in his cook shop/restaurant; gun shots were later heard. He was pronounced dead at approximately 4:20 that afternoon.

Our immediate reaction was one of disbelief, because of who I know my brother to be. It had to be an error we thought, but in the same breath, I was aware of the history of our police force and some members’ disregard for the right to life. Hence, to take my innocent brother’s life was another manifestation of their deviation from the duty to care.

To stop [my activism] would mean that I am giving another police officer permission to kill another of my brothers, or anyone else for that matter. The campaign for justice became that more critical because of my participation in our judicial process: I realised justice was fictitious and that the system was plagued with structural barriers and a history of police impunity that force families to give up before seeking judicial remedy. Campaigning for justice meant living or dying.

The violation and egregious act committed against my brother, the suffering, the harassment and the plight of so many other families gave me strength and were my impetus in campaigning. I continue because the work is necessary, the threat is growing and its normalisation has to be refuted by the need for policy and legislative changes that could contribute to national development.

GV: What about strategies to address the problem of extrajudicial killings in Jamaica? Could legislation, public awareness and education campaigns and better training, for example, be useful?

SJ: We have employed some of these strategies to try and curtail extrajudicial killings; however, there is an unwillingness to commit to long-term solutions. As such, I think legislative changes would serve as a deterrent and positively impact and influence the areas of public awareness/education and police reform.

I am an optimist at heart, it is the hope that dwells in me that compels me to run this marathon and to take other families on the journey with me. My resolve is that change is necessary and achievable.

For Jamaicans who may be skeptical about her campaign, Jackson explained:

You are one indiscretion or violation from becoming the next Nakiea Jackson, who is emblematic of so many in Jamaica.

I would like my fellow Jamaicans to know that our pursuit is not an anti-government stance, but one that seeks to right a history of wrong. [It is a campaign] geared towards preventing another family from experiencing a similar fate.

Her message to anyone concerned about human rights — locally, regionally and globally — is to support non-governmental organisations “that work to bring victims out of obscurity, [give] them a safe space to grieve, and work tirelessly to preserve human rights and dignity”.

Shackelia Jackson — like her colleagues Ana Paula Oliveira and Katrina Johnson, who Global Voices will feature in the two follow-up posts in this series — may be broken, but she is not destroyed.