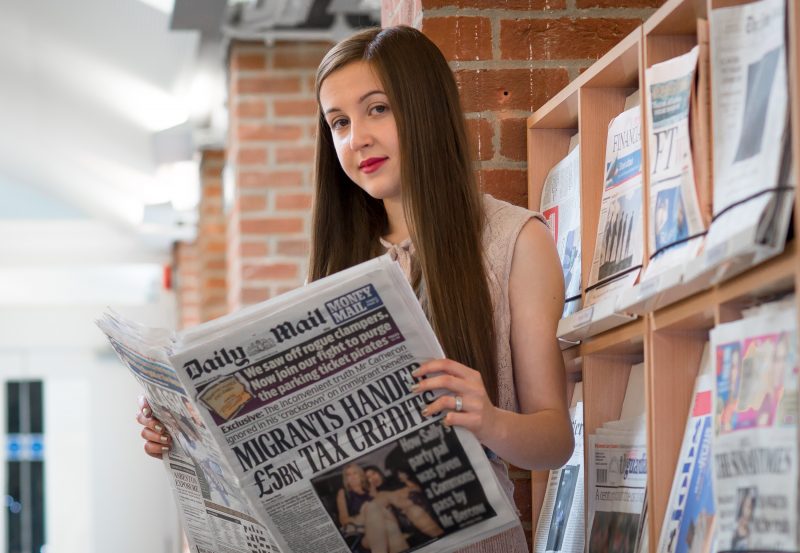 Alexandra Bulat, photo from her official page at UCL [1], used with her permission.

What is the human side of the Brexit, the UK ‘divorce’ from the EU? Numerous controversies remain, as well as the need to fix the system in order to avoid further suffering for millions of people caught in a bureaucratic uncertainty or facing arbitrary and unjust rules and regulations.

According to the newspaper The Sun [2], around 3.6 million EU nationals currently live in the UK, including nearly 600,000 children. Among them, eastern Europeans have been specially branded by Leavers (those who support UK's separation from Europe) as “unwanted” immigrants. They often are tagged [3] as “benefit scroungers, here to steal jobs”. This sentiment is not new, as they already felt like second-class citizens because of working restrictions initially put on migrants from central and eastern Europe when they joined the EU. Arguably, UK's decision to open its labor market [4] to these countries is what led the voters to become so opposed to migration from the EU.

Photographer Deividas Buivydas [5] shared some captivating images [6] from Boston, Lincolnshire, where tension against eastern Europeans is evident and post-Brexit anxiety is bubbling. This town registered the highest Leave vote in Britain, at 75.6 per cent and was dubbed “the capital of Brexit”. It also is home of the largest proportion of Eastern Europeans in the country.

The life story of Alexandra Bulat [1], a young scholar from Romania who made a career at top UK academic institutions also offers a telling example, as she referred to a famous phrase by UK Prime Minister Theresa May [7], uttered in January 2017:

I am a Romanian PhD student, teaching assistant & researcher. One of @theresa_may [8]‘s praised “brightest and the best” whose “contributions are welcome”.

This #TuesdayThoughts [9] I want to share my story. Until I got to this point, I was in many ways an “undesirable migrant” ⬇️

Ms. Bulat shared her story in a series of much-retweeted tweets [11] which are summarized bellow.

My first experience in the UK was in 1997. My father got a temporary #NHS [12] [National Health Service [13]] contract as there was a skill shortage. I attended the hospital's nursery for 7 months but my family chose to return to Romania. My mum was unemployed and my father had limited rights to work.

Meanwhile my parents got divorced. I attended a free school and skipped many classes in the last college years. Grew up mainly with “working class kids” sometimes doing dangerous things. But I achieved the highest grade in the Romanian Baccalaureate and this opened many doors.

I returned to the UK at 18 to study. I passed an IELTS exam but this was not enough to understand even half of what my British colleagues were saying. Should I have been “sent back” then as I could not properly engage in English conversations in my first few months?

Three years later I graduated with a first class degree from Sociology department at Sussex University [14]. It was a fun but difficult time. My mum came looking for work when I was in my second year and we shared a studio room at some point. I worked various part time jobs. Met my British partner.

In 2015 I received offers from both University of Cambridge [15] and University of Oxford [16] to do my Masters. In the summer I worked as an intern in London to save money. We had no savings and definitely not enough to pay the 10,000 pounds tuition fee. Should I have given up my dreams?

I borrowed money from the bank for my fee and accepted my Master of Philosophy (MPhil) offer at Cambridge. I had barely enough to cover the first term of college accommodation and no idea what to do next. My mum was made redundant and things were not going well.

Meanwhile one of my colleagues was shocked to hear my experience of college – “So you did not have prep classes for Oxbridge interviews???”. Nope. This is maybe why I failed my Oxford interview for undergrad despite passing the written test. Oh, also my poor English.

I read my MPhil handbook saying we should not do any paid work. I did paid work throughout my MPhil and finished with 72% overall. Meanwhile mum got a job and things got back to normal around graduation time, after a year of familiarizing myself with Sainsbury's Basic [a supermarket chain offering low cost produce].

Should me and my mum have been deported due to insufficient resources in those times? “If you do not make a net contribution you should be sent home”, some claim. Life is not a tick-box as the immigration categories are. 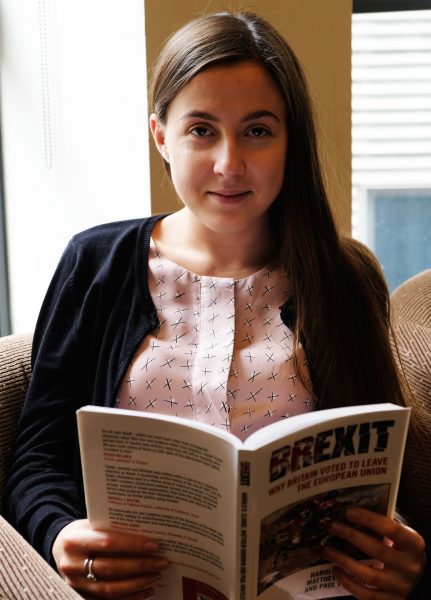 In 2016 after a summer of work on a temp contract I accepted my fully funded PhD at University College London School of Slavonic & East European Studies [17]. This was the best thing that happened to me. I was sad to leave Cambridge uni but I could not have afforded a PhD with no funding. Funding is very competitive in social sciences.

My mum's job was again subject to restructuring in 2017. After a few months of job searching she decided to leave to Germany. She also was concerned about #CitizensRights [18] after Brexit. They are not guaranteed yet. She is working in Germany now, the UK lost a skilled professional.

In 2018 all things go well. I speak fluent English, have a lovely British partner and I am halfway through my PhD. But I, like all @The3Million [19] and @BritishInEurope [20] are still @InLimboBrexit [21]. Our reduced #CitizensRights [18] are not secured in case of no deal.

In the mind of many people rudely commenting on #CitizensRights [18] posts such as the stories shared in @cliodiaspora [22]‘s articles, we should be sent back home unless we are a constantly producing tax payment machine. It is important to realize the complexity of migrant stories. According to these people's logic, my mum should have been deported every time she lost her job and I should not have been allowed in with little English or “insufficient resources”. We have not claimed a single benefit all these years, not even job-seeker's allowance.

To everyone that tells me to stop criticizing settled status because “I will be fine, cos I am a PhD student and skilled migrant”, I am saying: no. I will not close the gate behind me just because I managed to become a “desirable migrant”. #CitizensRights [18] were promised for all.

On 1 June 2016, few weeks ahead of the Brexit Referendum [23], the “Vote Leave” campaign issued a statement by Michael Gove, Boris Johnson, Priti Patel, and Gisela Stuart [24], claiming that:

Second, there will be no change for EU citizens already lawfully resident in the UK. These EU citizens will automatically be granted indefinite leave to remain in the UK and will be treated no less favourably than they are at present.

In October of the same year, David Davis, Brexit Secretary tried to downplay [25] the concerns of people like Ms. Bulat's mother, by claiming that “Five out of six migrants who are here either already have indefinite leave to remain or ​will have it by the time we depart the [EU].” However, the UK fact-checking service FullFact concluded [26]:

This is not fully substantiated by the evidence and will depend on the arrangements we make upon leaving the EU. Whatever happens, EU citizens are not going to be forced to leave en masse.

FullFact also noted other points of uncertainty, which depend on the outcome of the UK-EU negotiations [27] which are still in the works, and are supposed to end by March 2019. For instance, the right to permanent residence under EU law may or may not survive Brexit and might depend on meeting criteria for permanent residence such as “whether they’re working, looking for work, self-employed, studying or self-sufficient…”

Instead, automatic grant of all existing rights promised by Vote Leave is still uncertainty for both EU migrants in UK and British in EU27. Many areas remain unclear and are under negotiations such as some family reunification rights and political rights (EU migrants can vote in local elections only)…

A recent protest by the group Highly Skilled Migrants [28], which says it represents over 600 doctors, engineers, IT professionals, teachers and their families in Britain attempted to raise profile of ‘discriminatory’ Home Office rules. The ‘harsh migration policy’ [29] affects both immigrants from ‘overseas’, and those coming from the EU member countries. Latest data indicates large drop in the number of EU nationals seeking jobs in the UK due to Brexit uncertainty [30].

Ms. Bulat concluded her story with the following tweet:

We need a solution to protect all #CitizensRights [31], just as promised by Vote Leave. No more “bad migrant”-“good migrant” division games. People's lives do not fit in a tickbox. Politicians should listen to more real migrant stories to understand. #peopleb4politics [32]