The Dystopian Reality of Being an ‘Accidental American’ 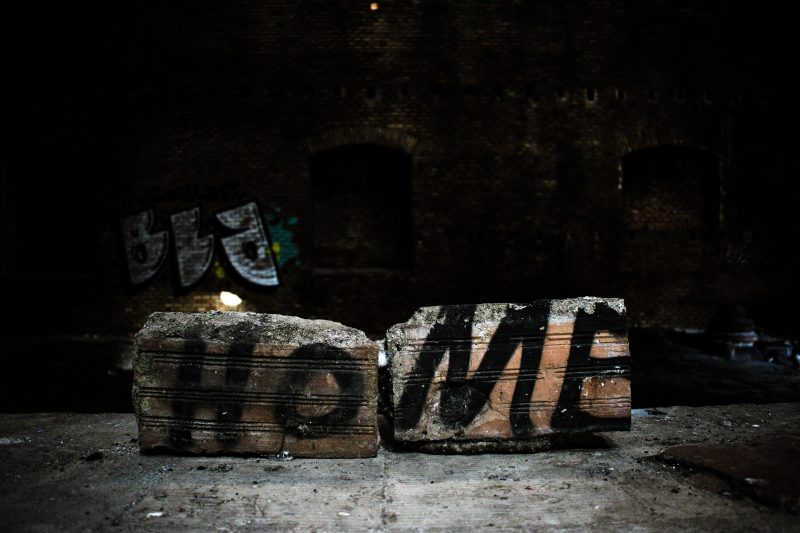 Photo by Pablo Guerrero on Unsplash.

The United States is one of only two countries in the world with citizenship-based taxation, a practice that has disrupted the lives of US citizens who choose to leave their country and live overseas.

For one particular population, however, this system and its draconian measures of enforcement have proven even more devastating. Known as “Accidental Americans,” they are citizens of other countries who also hold US citizenship, either because they were born in the US or received it from a parent. They may not realize that they are considered US citizens until later in life, when they begin to suffer the consequences of US taxation.

Kevin P. is one of these Accidental Americans. After reading a recent piece on Global Voices about the “dystopian” injustices that the US taxation system metes out to emigrants, he was inspired to reimagine the story based on his own experience. An edited version is republished below.

Imagine that you are a young member of the active population. You don’t possess much yet, but you are full of potential to make a good life for yourself and your loved ones.

One day, you need a bank account. But wherever you try to open one, you are sent back home with nothing. You are confused. They tell you it has to do with the place of birth listed on your ID.

You don’t understand what’s happening; you've never had any problem until now. You have lived all your life in Europe. Your parents are Belgians. You are Belgian. You speak French and don't know much about the US except for what you've learned from all the movies coming from over there.

At this point, your life is stuck, so you investigate. What you discover is the dystopian reality of how the US treats its citizens abroad: double taxation, bulk data collection, and a presumption of guilt. A bank is no longer just a bank, and a country no longer just a country. Both have also become reporting agents for the US tax office.

With negative emotions crossing your mind, you still don’t get it. After all, you are not really American. You haven’t lived, studied or worked in the US. You only know a few words of English and your French accent is just ridiculous.

That’s when you discover that in this dystopian world, you occupy a special place.

You are not an American overseas, like the other 9 million. You've never had any relationship or communication with the US authorities. You don’t have any US paper except your birth certificate.

Your parents happened to enjoy themselves while in the US, and so you were born there, but you returned to Belgium while still a baby. You grew up in Belgium, studied in Belgium, and became an active member of Belgian society.

Belgium is a sovereign country with borders that are supposed to mark a place on Earth where its citizens can expect to be protected from foreign governments. With that in mind, you contact your country’s authorities to get help. Full of hope, you imagine the upcoming conversations to be with smiling and compassionate compatriots who will do everything to help you.

How naive you were.

All of your conversations start with the other person stating that your problems couldn't possibly exist. Citizenship-based taxation is a concept that does not fit in the mind of a normal person outside of the US. And so, you have to do your best to convince them of the reality that you face.

After you manage to alter their perspective comes the first slap in your face: they tell you that the problem is not theirs to fix, and thus you are on your own. At this point, the situation turns from dystopian to Kafkaesque. Your mind pictures a lost soul with no nation.

Then comes the second blow, from an underpaid official, a minister or an ambassador, who tells you this simple truth: that because it’s the US, they won’t do anything.

Still dizzy from before, you remember yourself imagining the smiling and compassionate compatriot, but here you are. They are smiling at you, except it’s not out of compassion. It's because you are inconveniencing them, and their eyes tell you that the sooner you leave, the better their life will be.

And so you go back home.

Time passes. You discover you are not alone in this situation. You meet groups of people suffering to a lesser or greater extent from US citizenship-based taxation. Sharing your feelings with them, and seeing that there are people here and there working to improve the situation, makes you feel better. (Thanks for that, fellow sufferers.)

In this dystopian world, there is no place for you. Not in the US, not in your homeland. Your country is just a US dog, and you are worth less than a flea on its back.