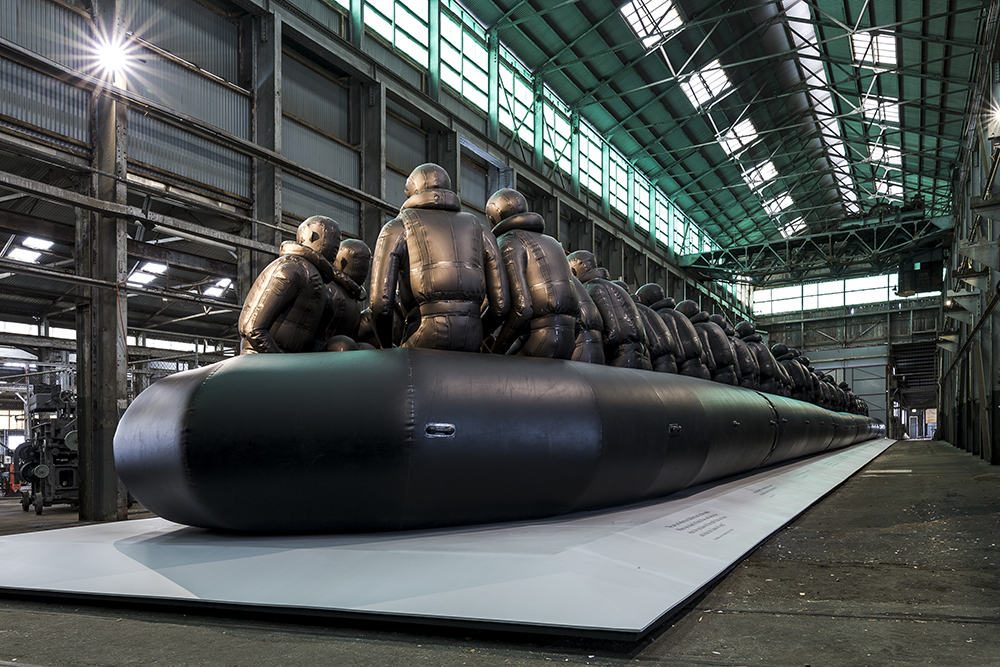 During a visit to Australia, Chinese artist and activist Ai Weiwei has blitzed the media with his concerns about the global treatment of refugees.

He is the headline artist with two major installations at the Biennale of Sydney that runs until June 2018. One, called “The Law of the Journey” located at the Cockatoo Island, features a black rubber, inflatable boat and figures. They were made with the same material used to produce the hazardous boats that some asylum seekers and migrants travel in while attempting to cross the Mediterranean.

SBS News (Special Broadcasting Service) posted a video about the work on its Facebook page that has generated a lively discussion. Bean Javin's comment echoed the sentiments of many Australians:

It's really embarrassing when you meet people from overseas and even they know how poorly we treat refugees. Making me ashamed to even admit I am Australian in some cases. It's a greater worry that Australia's method/stance has impacted how other countries treat the refugee crisis right now too.

As explained in earlier Global Voices posts about the issue, Australia has a controversial policy to deal with asylum seekers who arrive by boat, either housing them in offshore detention centres for lengthy periods of time, or turning them back on the spot. They are not permitted to settle in Australia.

Obviously he has no clue about the facts around asylum seekers to Australia. His art work reflects what is happening in the Mediterranean not Australia.

Since 2014, more than 1.7 million people fleeing conflict and insecurity, such as the war in Syria, have arrived to Europe by sea, according to the United Nations. The journey is dangerous: in that same time, about 16,000 perished or went missing in the attempt.

Ai Weiwei's second installation, Crystal Ball, is a glass sphere sitting on life jackets collected from the Greek island of Lesbos, a main entry point for asylum seekers and migrants who cross the Mediterranean:

Another piece by @aiww – Crystal Ball, at Artspace, sits on life jackets discarded by refugees on the shores of Lesbos. The jackets are so poorly made that rips expose the inner foam and they quickly fill with water. pic.twitter.com/x0vPB6yn4B

Ai also spoke at the Cinema Nova for the Melbourne opening of his documentary “Human Flow”, which features the stories of refugees in 23 countries in 2016. 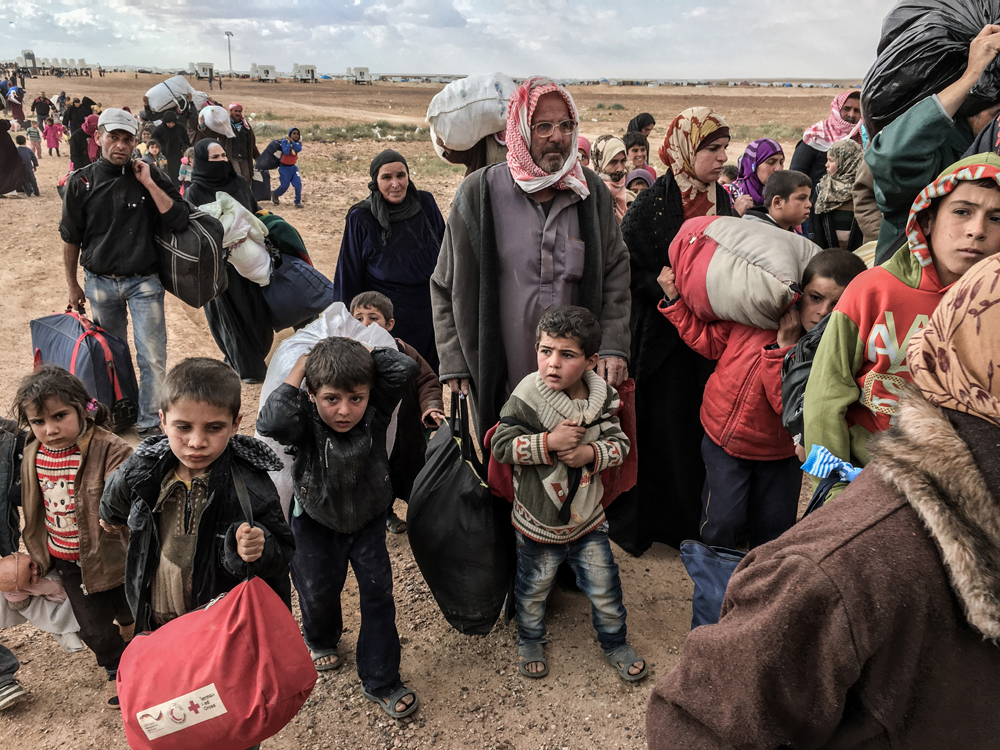 Day by day, there were endless stories. But what most impressed me was the determination of the refugees. There’s very little complaining even with nobody taking care of them, with no clear future or knowing what will come next. Their treatment to me is very, very inhuman.

He has recently been very critical of Australian government policies towards refugees. He condemned a deal to swap asylum seekers in offshore detention on Manus Island and Nauru with refugees in the United States as, “exactly like slave trading”.

Ai was thanked on Twitter by one of the Manus Island asylum seekers, Iranian journalist Behrouz Boochani:

It’s great that Ai Weiwei is speaking out about how the Australian government is treating people in Manus and Nauru. We refugees in Manus thank you @aiww for your support and invite you to visit us here.#Manus

Kon Karapanagiotidis from the Asylum Seeker Resource Centre conducted a live interview on Facebook and Twitter that has since attracted nearly 10,000 viewers:

I don’t have a place I can call home […] home is where your family is, your memories. […] How we deal with the refugees reflects on how we look at ourselves. We sacrifice our values when we give up the fight.

Thank you @aiww @ASRC1 for raising matters that matter. Ai Weiwei says, “We must go back to humanity as one”, and @ASRC1 CEO @Kon__K asks “How do we go from a darkness where we have dehumanized refugees and militarized responses, to one where we reclaim a shared human identity?” pic.twitter.com/p09C6OekDL

Australian Broadcasting Corporation talkback radio host Raf Epstein was only one of many people who shared a selfie with the artist:

I now have a genuine @aiww taken selfie in my phone. Very excited pic.twitter.com/bv7CXX1OPB

His interview with Ai starts at 1:17 here. When Epstein asked about the issue of making beautiful pictures out of human misery, Ai responded:

I think even the misery has beauty there. Because it's all about human dignity. […] I have suffered a lot in my life. I still appreciate those moments, maybe more appreciate the moment, than today living in expensive hotels or taking business trips [which] are not as precious as my early struggles.

Audience members at Cinema Nova were also chuffed to meet him:

What an honour to meet Ai Wei Wei (@aiww) at the @cinemanova screening of his beautiful and important film, #HumanFlow. pic.twitter.com/bjR8W9A5q6

Human rights lawyer Leanne Smith was clearly captivated by both Ai's film and the Q&A:

in awe listening to Ai WeiWei on his personal journey as an exile and his refugee documentary, Human Flow pic.twitter.com/SbNpzezeey