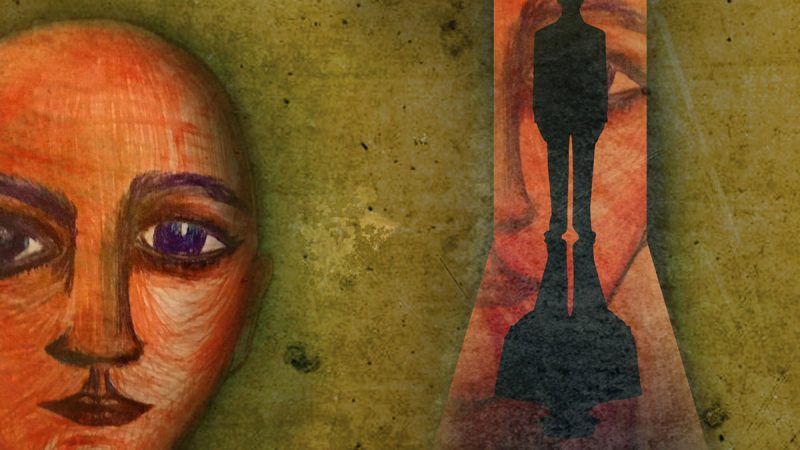 Social structure, certain religious beliefs, and a lack of judicial response from the state are a dangerous combination that result in the existence and continued activity of institutions that offer treatments to “reorient” the sexuality of LGBTQ people. Illustration by Mónica Rodríguez. Used with permission.

The following is the third part of a series about “de-homosexualization clinics” in Ecuador that forcibly admit lesbian, gay, bisexual, transgender, queer and intersex (LGBTQI) people and subject them to abuse in the name of “curing” them. The report was written by Carlos Flores and originally published by Connectas. It was re-edited for Global Voices with the author's help.

The first part of this series tells some of these stories and the second part explores the legal circumstances that make LGBTQI people vulnerable to kidnapping and torture by these so-called clinics.

This final installment gives an account of the work of the organizations and activists who fight for the rights of LGBTQI people and against the most powerful limitation in advancing their cause: social conventions.

In February 2017, the city of Cuenca, in the south of Ecuador, approved a Municipal Ordinance for the Inclusion and Respect of Sexual Diversity. This ordinance prohibits the operation of centers offering supposed cures for homosexuality, bisexuality, or trans identities.

In spite of rules like these that seek to regulate and prevent the kidnapping and mistreatment of LGBTQI people, the cases have not stopped.

When these cases do occur, the aforementioned regulation states in Article 8 that “the municipal authorities for the control of land use will proceed with a final closure. Once the sanctioning process has been completed, by the competent municipal authority, the results will be sent to the corresponding criminal authority.”

However, in that same year and in the same city, two lesbian women were imprisoned against their will, a case that mobilized activists and local authorities to search for them.

There was also the case of Elías in the coastal province of Guayas. The boy had openly declared his homosexuality and his mother, who was of strong religious beliefs, made arrangements to confine him first in an Adventist school in Santo Domingo de los Tsáchilas and then in a clandestine clinic in Quinindé, located in the province of Esmeraldas on the border with Colombia.

According to his cousin, Elías was locked up and forced to beat up his companions “because that's how a man was made” in that school. When he ran away, he stayed at the home of his cousin for a time, but Elías soon reconciled with his mother and returned to stay with her. One day he disappeared and that was when his cousin filed a complaint with the Guayaquil Council for the Protection of Rights.

After being forcibly admitted, Elías and his mother came together and received psychological attention. Elías, according to his cousin, returned to a normal life. He and Elías live together Monday through Friday, and on weekends the boy visits his mother. There was no prosecution since the mother, at least in theory, reconsidered her position, according to Ludovico Garcés, the lawyer who oversaw the case. He said these “clinics” and the families tend hide their motives from authorities: “Obviously, these torture centers are never going to tell you that ‘we admitted him for being gay’. That is punishable by law.”

Apart from these cases, Cayetana Salao of the Women's Communication Workshop points out that they have learned “of four recent [cases], plus two more [of which the person was a victim several times].” These cases were made public in a text that was presented in October 2017, entitled “Portraits of Confinement, Survivors of Dehomosexualization Clinics“.

Many activists were surprised by the lack of municipal reaction to adopting these regulatory advances in Cuenca, even as the forced imprisonment of the two lesbian women mentioned previously came to light. One of the women was admitted to an addiction center called Mujer de Valor (Woman of Courage). When we spoke with Marcelo Campuzano, the director and owner, he admitted that indeed one of the young lesbians was in the institution, but he maintained that her admission was due to alcohol problems. “We do not de-homosexualize people, because that is not our job.”

However, the only document related to the case that was available for review was the simple copy of the Cuenca Provincial Health Directorate's ruling, which states that one of the women did have alcohol problems and that she had been taken by her family to the clinic. Although, the document continues, the woman never signed the informed consent form; this is contrary to what the Mujer de Valor center had attested. Despite this, the Provincial Office released the center from responsibility and only ordered them to comply with the requirements set forth in the regulation.

When asking about de-homosexualization cases in other addiction centers, the responses of the directors are the same: We do not de-homosexualize. Some affirm, categorically, that the admissions that have taken place were always due to addiction, and that the cases were duly demonstrated in front of judicial authorities.

Jorge Betancourt of the organization Verde Equilibrante (Balancing Green), in Cuenca, said we must not forget that the first aggression occur at home:

Many times, we have been told in the focus groups that they end up consuming alcohol or other substances as a way to drown their sorrows, or their anguish of being martyred, ridiculed, and often beaten at home. Then the families admit them for the use of alcohol and drugs.

Annie Wilkinson, who is the author of “Sin sanidad, no hay santidad” (Without sanity, there is no sanctity), a book which addresses forced sexual identity change therapies in Ecuador, identified a pattern of those who manage the clinics:

A director of one of these clinics comes from another one. Then another person from that second clinic leaves and opens another. It goes on and on, creating a chain or an informal network of clinics. Some are linked to people in government and many have relationships with nearby churches that help them in their work.

“We must decriminalize homosexuality in people's minds and hearts”

It's not only addiction centers that offer these types of “therapies.” Churches also do such work under the heading of “spiritual help.”

The gray area between expression of faith, psychological therapy and forced change of sexual identity produces varying reactions. Patricio Aguirre, who was interviewed when he was in charge of the Ministry of Public Health’s National Direction of Human Rights, Gender and Inclusion, assured that churches should not offer such “treatments” because it is considered an infringement of rights.

As for Patricio Benalcázar of the Department of Protection of Citizens’ Rights, he explored the limits from another perspective:

If people freely agree to go to a service or a type of spiritual support, exercising their own autonomy, what can you do? What can I do? […] If there is manipulation, then that's another thing. If there is abuse and there is some attack on your mental, physical or moral integrity, then of course an element regarding the [defense] of human rights needs to be present.

When asked if he knew of any churches involved in practices outside the law, he answered that he did not.

However, those who have been victims of mistreatment by these religious institutions know quite well the reality of it all. In several of these cases, the victims are kidnapped by their own relatives with the help of agents working for the clinics, who take them forcibly or under false pretenses. The same method is used when the clinics in question are addiction centers. Those forcibly confined manage to leave this seclusion with the help of other relatives, friends or partners. Nevertheless, after submitting complaints to judicial bodies, the cases are rarely followed up with action.

Gabriela Alvear, who participated in some of the inspections that took place at centers suspected of carrying out sexual reorientation “therapies,” concluded:

We are about to celebrate 20 years since the decriminalization of homosexuality, but we must decriminalize homosexuality in people’s minds and hearts and society and, additionally, in a progressive manner the state must stop looking at the LGBTI community as a minority and as second-class citizens.

For detailed descriptions of the cases and more testimonies that relate the mistreatment suffered by the victims of these clinics, see the full report on Connectas.