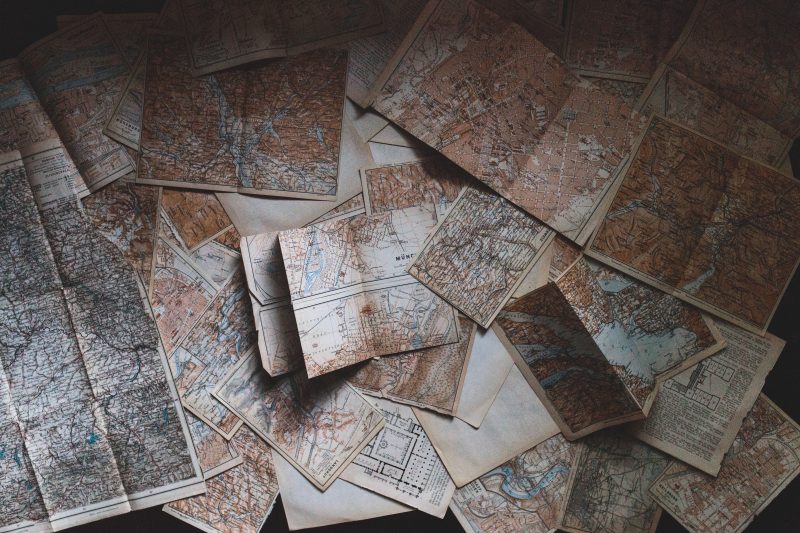 Photo by Andrew Neel on Unsplash.

We’re living in a golden age for dystopian fiction, or so the critics say. Our pages and screens are filled with tyrannical governments, tech slavery, and surveillance run amok — dark imaginings of a society where the arm of injustice is inventive and long-reaching.

The genre has plenty of gripping tales to choose from, but allow me to add one more, told from an angle that might not seem so sexy or threatening at first — taxation. Stick with me.

In this story, you’re an immigrant. Like the increasing number of people in the world who cross borders in pursuit of education, employment, love, family, health, or safety, you leave your country of origin and settle someplace else.

You get a job, and you dutifully pay taxes on your income to your country of residence in exchange for use of common resources like medical care and transportation.

Certain exemptions and deductions may reduce what you owe, but if you want to claim them, you must prepare complicated paperwork. If you need help, an accountant costs money.

It doesn’t end there. You’re self-employed in your country of residence, maybe a small business owner or part of the rising population of contractors working in the “gig economy.” And for that, the law says you must also pay self-employment tax to your country of origin.

If you’re lucky, you live in one of the two dozen places with special treaties to prevent this double taxation. But if not, buckle up: For the rest of your self-employed life, you must send 15% of your already taxed earnings to a country where you don’t live in order to fund welfare programs that you aren't allowed to use in full or at all … because you don't live there.

You can choose not to file taxes with your country of origin. Plenty of people don’t. But if the government finds out and says you owe more than $50,000 in taxes, penalties and interest, they have the power to revoke your passport — without a hearing or conviction.

And the government likes to huff and puff that they have ways of finding out.

On their insistence, the rest of the world collects your financial data in bulk without guarantee of secure handling or storage and reports it to your country of origin. Some banks require you to fill out special forms to continue as a customer, while others simply bar you completely from their services because dealing with your citizenship isn’t worth the hassle.

As a result, bank accounts are closed, mortgages are canceled, employment opportunities are lost, and retirement planning is a pipe dream. It becomes increasingly difficult for you and the rest of the diaspora to lead a normal life.

How to remedy the situation? You can abandon the roots you’ve put down and move to the country of your citizenship … or abandon your citizenship altogether. Caught between a rock and a hard place, an ever-growing list of your compatriots make the painful decision to renounce.

This trend doesn’t go unnoticed, however, and in response the government raises the fee to renounce by 422%, making it the highest cost of its kind in the world and likely out of reach for a person of modest means.

Regardless, the renunciations continue. One government policy architect callously argues before lawmakers that those ex-citizens are no great loss: There are more people naturalizing who are “willing to pay” taxes anyway.

As a scattered minority, you and your compatriots are largely ignored by politicians in your country of origin. In recent elections, one of the major political parties does vow to fix taxation for expatriates like you. Once in power, however, they pass a reform package that changes the rules for corporations, not for people, and makes it even more difficult for small-to-medium-sized business owners to stay open.

At least, for all your efforts, in the event of war or catastrophe, your country of origin will ferry you to safety … right? Sure, but only after you promise that you’ll reimburse the government for the costs of your own evacuation — and in turn, the government will promise to hold your passport hostage until you make arrangements to pay.

So you’re stuck, double taxed in the worst of cases and paying a precious penny for an accountant to prove that you shouldn’t be double taxed in the best. Your privacy is violated as you’re forced to give up your personal data — no suspicion of wrongdoing necessary. Your financial security is compromised as your citizenship transforms you into an unprofitable pariah.

Your business and romantic partnerships are hobbled, because association with you could bring loved ones and colleagues under the scrutiny of a powerful foreign government. And your plans for children give you pause because your citizenship — and tax burden — will be passed on to them, even if they never once set foot in your country of origin.

All because of chance. You can’t choose where you’re born or who your parents are, and you just so happened to be born to a country that keeps a tight grip on its citizens and casts a long, domineering shadow across the world.

How’s that for dystopian fiction? It’s a disturbing tale, one that touches on concerns over privacy, fair treatment and freedom of movement that are particularly relevant in this day and age. And there’s more. Ready for the plot twist?

It’s all true. At least if you’re one of the estimated 9 million Americans, like myself, who live outside the borders of the US.

The US is one of only two countries in the world that practices a system of taxation based not on residency, but citizenship. The other is the oppressive dictatorship of Eritrea, which the US itself has criticized for the “extortion, threats of violence, fraud and other illicit means” that the country uses to collect taxes from its diaspora.

And in the last several years, the US has made the situation even worse with the implementation of the Foreign Account Tax Compliance Act. Under FATCA, as it’s called for short, authorities vacuum up the financial data of US citizens and “US persons” (such as Green Card holders) who have non-US bank accounts, all without a warrant. The tactic isn't dissimilar to what the National Security Agency was revealed to be doing — to great outcry — with Americans’ phone and email records.

They accomplish this bulk collection with a threat: If the world’s financial institutions don’t hand over the details of their customers with US citizenship, the US will impose a 30% withholding fee on their US transactions. In response, a mushrooming number of banks have limited what they offer to US citizens or shut them out altogether from even the most basic checking or savings services, because there’s no benefit in setting up special systems for one small slice of their clientele.

FATCA “starts with the unsubstantiated assumption most taxpayers are bad actors,” explains the ombudsman within the US Internal Revenue Service, known as the Taxpayer Advocate, “and implements a draconian enforcement regime applied to everyone.” You’re a US citizen living in Germany, paying taxes in Germany, and using a local German bank account? Under FATCA, you’re guilty of US tax misdeeds until proven innocent.

So if the current system is taxation dystopia for US citizens overseas, what would utopia look like?

In this story, you’re an immigrant. You leave your country of origin and settle someplace else. You open a bank account and use financial services without discrimination based on your citizenship. Your right to privacy remains intact. You pay taxes to your country of residence, and you aren’t under any obligation to pay even more of your money to the government of a country where you don’t live.