Law, Entertainment and Politics in Korea Feel the Wrath of #MeToo 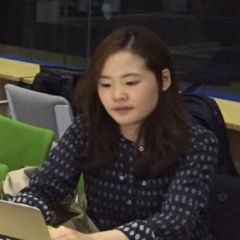 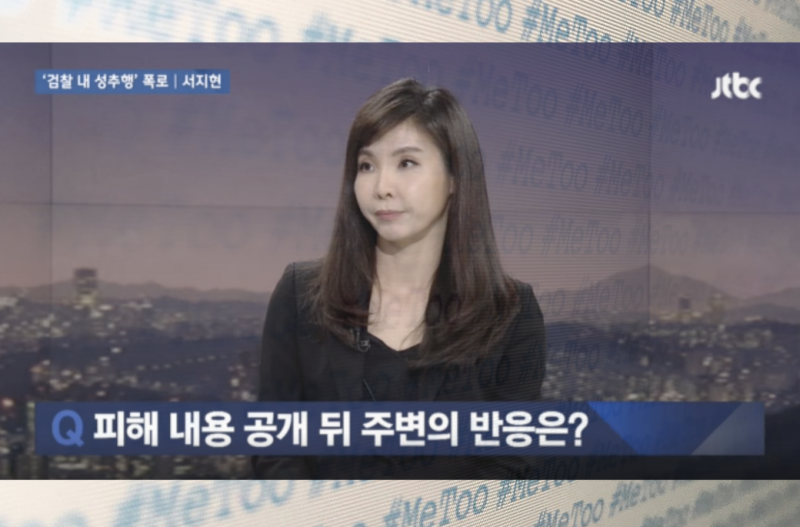 The month of February was a complicated one for Korea. In three eastern cities including Pyeongchang, the world’s largest winter sports event was taking place, bringing together athletes from all around the world to laugh and cry over their well-fought games. But all around the country, many Koreans were fighting a different battle—a longer, more arduous and lonesome one.

When the #MeToo movement first started spreading, Korean media merely reported it in their “global news” sections. Some praised and envied these “foreign” developments, while others looked on as outsiders. But things changed on January 29.

That day, prosecutor Seo Ji-hyun appeared on Korean cable network’s JTBC News Room and revealed that she had been sexually harassed by a senior prosecutor at a funeral in 2010. Seo noted that she was bringing the incident to light eight years later after realizing that nothing would change if a victim remained silent. She also revealed another rape case within the prosecution authority, noting it was not up to her to discuss the details. The quiet, firm recounting from Seo, who has received ministerial recognition twice during her 15-year career as a prosecutor, enraged the nation.

As the revelations of details and information resulting from Seo’s testimony continued to shock the nation, a poem published in December 2017 was next to grab the public’s attention.

Poet Choi Young-mi’s “Goemul,” which means “monster” in Korean, depicted the sexual abuse of young writers by a writer called “En”. Near the end of the poem, the narrator hints that “En” was a Nobel Literature Prize nominee. The public immediately turned their eyes to the poet Ko Un, who has been nominated for the Nobel Prize in Literature for 15 consecutive years. While Choi stressed that “Goemul” is a literary work, many other women in the South Korean literary community have since come forward, accusing Ko of sexual misconduct over decades.

The movement began to spread like wildfire. Next came testimony from an actress, who accused prominent film director Kim Ki-duk of rape. This was followed by similar allegations against Kim by two other women.

Another exposé accused Lee Yoon-taek, artistic director of Yeonheedan, one of South Korea’s top theater groups, of sexual misconduct. As further testimonies surfaced, Lee apologized for his behavior but denied the rape allegation.

Twenty victims testified against actor Jo Min-ki, who is also a Cheongju University professor, on charges of sexual assault. On March 9, Jo was found dead in his apartment building in Seoul.

Actor Jo Jae-hyun was also publicly called out by fellow actor Choi Yul, who addressed Jo on her Instagram account with the words “I was waiting for you to get exposed”. Jo Jae-hyun also admitted his guilt and resigned from his professorship at Kyungsung University.

The proliferation of #MeToo testimonies also led Korean Actors Association’s board director Choi Il-hwa to confess to wrongdoing—the first time in Korea that an aggressor spoke up prior to being accused. Following this, reporters from the nation’s public broadcaster KBS spoke out, sharing their own stories. #MeToo stories continued to emerge from left and right, featuring aggressors from an array of sectors in Korea.

Campaign Spreading from entertainment to the political realm

Eventually, #MeToo revelations spread to the political realm, starting with a testimony against the former governor of Chungcheongnam Province, Ahn Hee-jung, from none other than his own secretary. Ahn, who was considered the ruling party’s presidential candidate in the next election, was quick to step down. Former lawmaker Jeong Bong-ju postponed his plans to run for the Seoul mayorship per allegations against him as well.

The speed and scope of the revelations also highlighted how unprepared Korea was to address such a situation.

As Prosecutor Seo herself noted, victims are not free from legal constraints. South Korea’s Criminal Act Article 307 (Defamation) stipulates that “a person who defames another by publicly alleging facts”—not necessarily false facts—“shall be punished by imprisonment…for not more than two years or by a fine not exceeding five million won.” The support of the society didn't offer much by way of protection.

Of the 556 cases of workplace sexual abuse reported in 2016, only one was pursued by prosecutors, and 7 in 10 victims left their jobs after making their reports. Between 2012 and 2016, only 9 out of 2,109 sexual offence cases led to prosecution, a figure also pointed out by Committee on the Elimination of Discrimination Against Women (CEDAW) during the committee’s session for the 8th periodic report on the nation.

Yet slowly but surely, #MeToo is bringing change to South Korea.

The burgeoning of “MeToo” revelations has shed light on the gravity of an issue that had been kept silent for decades. In South Korean society, which had formerly been deaf to the statements of victims, the revelations exposed how widespread the problem was. It also exposed the large part power plays in sexual misconduct, and that—in spite of the society’s hierarchical and age-centric mentality—this was completely unacceptable.

Along with the victims’ cries of #MeToo, others joined in support with expressions of #WithYou, both online and in the streets. Actors also voiced their support, and political leaders followed suit.

On February 26, when the police made the first arrest of an aggressor called out by the movement, President Moon Jae-in called on the police to “actively investigate” sexual assault allegations.

About a week later, on March 7, the day before the world observed the 110th International Women’s Day, chairperson Lee Sung-ho of the National Human Rights Commission of Korea issued a #WithYou statement, adding the commission would expand ex-official investigations on sexual harassment rooted in power imbalance.

Meanwhile the #MeToo movement is also educating the public. Public discussions have emphasized that victims whose identities were revealed shouldn’t be subjected to secondary or tertiary abuse. Guidelines for media coverage of such issues have been proposed. After all, these testimonies aren’t just tales to tell—they are life experiences endured by actual human beings.

More than a month has passed since Seo Ji-hyun's testimony triggered #MeToo in Korea. The volume of explosive testimonies has set the stage and created momentum for change. It still remains to be seen how the movement will proceed, but there is reason to be hopeful. Koreans have witnessed the power of the people. The memory of the candelight vigil in Seoul’s Gwanghwamun Square over many Saturdays and the eventual ousting of President Park Geun-hye last March still fresh in people's minds.

The message, then as now, was a call for a better Korea. Only this time, it is in the form of #MeToo and #WithYou.