What Bitcoin, Tulip Mania and the Nigerian Stock Market Have in Common 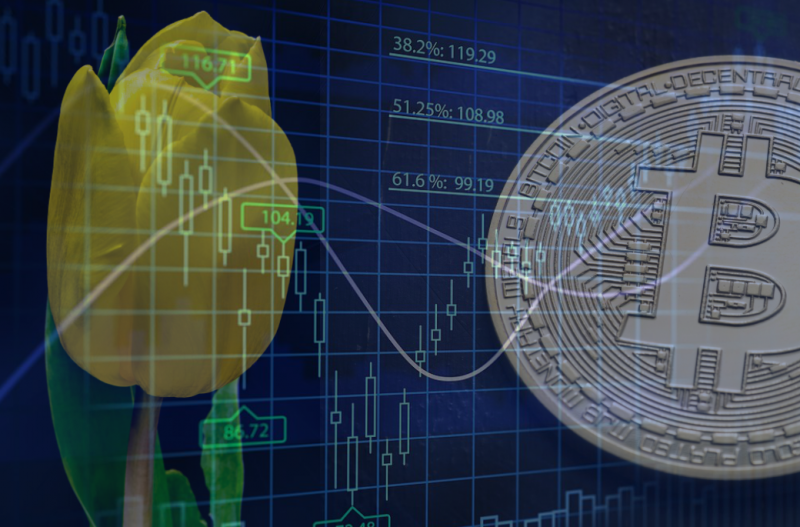 Public domain photos from Unsplash, remixed with image by www.vpsi.org from Wikimedia Commons (CC BY 2.0)

Everyone wants more money: beggars, students, thieves, workers, billionaires—everyone. Money determines the choices available to you, the places you can live and the things you can or cannot do. So humans are always trying to get more money, more resources. Economists call it the law of unlimited wants. Humans always want more and our want is insatiable.

To get more money, we do a variety of things: we work, we steal, we beg. But more honourably, and sometimes more successfully, we invest. Investments have the ability to change people's financial futures and lift them out of poverty. Businesses providing goods and services have done this for the longest time, but the paradigm has shifted to show that that the most important investments are those that require your time or supervision, the ones where your money works for you.

Enter real estate, commodities, the stock market, forex trading and most recently, cryptocurrencies. These investment avenues offer a return that does not depend on your time or effort, but invest in the right one at the right time and you will be rich—or at least richer—than you would have been without the investment. Great idea, except when such investments fail: when the real estate market crashes, when the forex trade does not yield, when the price of a commodity (e.g. crude oil) plummets, and when a cryptocurrency's value crashes.

Investments crashing spectacularly are not new events. The earliest one on record is the tulip mania of the 17th century. Tulips were introduced to the Dutch about 100 years earlier and became progressively more popular and desirable to the rich and upper-middle class. Tulips were beautiful and hard to get hold of, so people coveted them. Some people saw an opportunity to make money, buying up large volumes of tulip bulbs in the hope of making a profit when they flowered. Soon, tulips began to be traded on the Amsterdam Stock Exchange, and even more people began buying them speculatively.

Though tulips had no practical use, lacked fragrance and were of no medicinal value, at the height of tulip mania there were investors who sold their homes to purchase a single bulb at a cost of up to US$76,000 in today's money. Sound familiar?

Then early buyers began selling their tulip holdings, and so the price began to weaken. As the price dipped, more people rushed to sell, and soon there was a glut of sellers, with no buyers in sight. More panic sales ensued and in about a month the tulip that had previously sold for $76,000 was worth less than one dollar. The government tried in vain to pass laws to control the market and keep the tulip afloat. The tulip bubble burst, the tulip market crashed, tulip mania ended and it took the Dutch government years to recover from the shock.

When I first read about the tulip craze I found the parallels with cryptocurrency and Bitcoin, in particular, uncanny. Tulip mania began with people buying something they did not need because they believed someday, someone else would buy it for more than the original price, even though the item in question had no practical use.

Bitcoin, invented by the enigmatic Satoshi Nakamoto, was designed to be a new model for peer-to-peer lending—a currency that would bypass third parties such as banks, exchanges and governments, and deliver funds to those who needed them in a secure, authentic, verifiable way. It satisfied many of the demands of currency and opened a window to genuinely new possibilities. The problem? Bitcoin, and cryptocurrencies in general, have failed to demonstrate their usefulness, at least so far.

There is, as of today, no absolute use for Bitcoin. There's little it does that existing modes of exchange can’t do, and it still needs to be converted to cash to be of widespread use. So just as the Tulip buyers invested thousands of dollars in a flower that had no intrinsic value, people are investing same in a currency that is yet to justify its cost. And when people throw money at items that don’t have intrinsic value or an obvious use, they are taking a serious risk.

In the late 2000s, the Nigerian Stock Market began to rally. Previously unknown stock began to increase in price and soon the stock market was making newspaper headlines. Investment analysts celebrated the rise in share prices as market capitalization. People were making profits of up to 100%. Based on this, stock brokerage firms began intensive marketing efforts. Using the obvious gains as proof, they convinced thousands of people to invest in the Nigerian stock market. People began to speculate on a short-term buy and sell basis, pouring millions into stocks with little examination of their profitability, asset base or previous dividend/ bonus share records. Encouraged by the stock market’s rising graph, even more speculative investors poured in money, with some people going to far as to take loans to finance investments in a rash of dubious Initial Public Offerings.

In less than a year, the Nigerian stock market crashed in spectacular fashion. From a high of 13.5 trillion nairas in March 2008, the market capitalization crashed to 4.6 trillion Naira in January 2009. Hundreds of stock brokerage workers lost their jobs, firms were shut down and pension funds were unable to meet their obligations.

Notes and Lessons from our Three Cases

At the time of writing, Bitcoin is trading for $9,000-10,000, about half of its value two months ago. There is a lot of panic among investors, with those who bought at lower prices—the price in January 2017 was $960—selling at a profit and those who bought above $8,000 gnashing their teeth.

Experts are divided on the future of Bitcoin. In 2014 the World Bank likened it to a Ponzi scheme and others have called it a dangerous global scam, while economists like John Lanchester have viewed its future more hopefully.

Personally, I am looking for ways to invest in things with a clear intrinsic value, like power generation plants for Nigeria, instant weight-loss pills, bicycles designed for fat people, and yes, blockchain, but for books. Anything with a clear unmet demand.

I stay away from things I do not understand, and I am learning to recognize that when a thing is being hyped or in the news or being bought up by everyone might not be the best time to do same. I am learning to investigate before I invest, instead of outsourcing my financial knowledge base.

When Bitcoin was selling at the all-time high of $19,783 in December 2017, I tried to warn people of the possibility of a crash. One of the people I warned scoffed at the idea and called it impossible. I wonder what he thinks now.

N. M. Bassey is a Nigerian blogger and commentator. She blogs at The Naija Writer, and tweets at @StNaija.