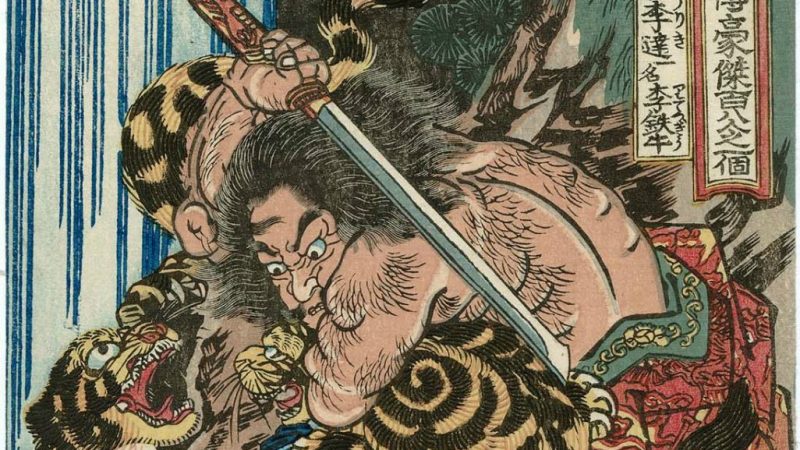 As China prepares to remove the two-term limit on the presidency from its constitution, there is speculation as to whether the country is going to return to the era of dynasties, where the empire was ruled by powerful families.

The authoritarian nature of dynasties has led to a common stereotype of Chinese people as obedient and submissive. This stereotype fails to account for the fact that while much of China's history has been dominated by dynastic cycle, this cycle was in fact punctuated by the overthrowing of powerful emperors by popular revolutions or military coups which ended up with the country in chaos before another dynasty was established.

The first civil revolution recorded in China’s history took place in 221 BC. Liu Bang, who served as a minor patrol officer and led the revolution, went on to found the Han dynasty. Liu was not the only civilian emperor. The founder of the Ming dynasty, Zhu Yuanzhang, also came from a poor peasant family. Wu Zetian, the most famous empress in Chinese history, was the daughter of a businessman and married into the royal family as a concubine.

The rebellious spirit of the knights-errant

In other words, the history of dynasties in China is also a history of rebellions, and that rebellious spirit is embodied in classic Chinese literature in the spirit of the knight-errant. Among the literary figures who embraced the rebellious spirit are Sima Qian and Li Bai.

Sima was a historian of the early Han dynasty (206 BC-AD 220). He dedicated a chapter of his famous “Records of the Grand Historian” to the knights-errant, whom he described as civilians trustworthy for their promises, fast to act in response to people’s needs and possessing their own system of justice. He expressed admiration for the knights-errant even when they acted against the law, because they adhered to the form of justice endorsed by the common people. 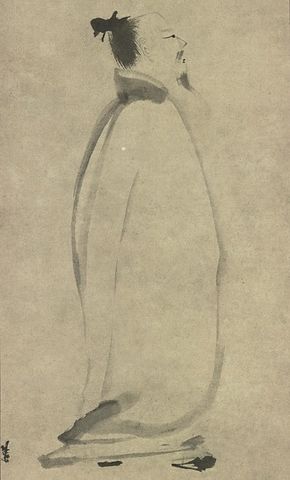 Li Bai was a poet widely acclaimed as a genius, and also a self-described knight-errant. He served the emperor for a short period, but spent most of his time wandering around and making friends. In his famous poem (a drinking song), “Bring in the wine”, he expressed his love of freedom and friendship and looked down on money and the societal status quo.

When we are happy,
Shan't we fully enjoy ourselves?
Drink up the golden chalices, my friends
[Bring in the wine]
Never let them empty to the moon
Life has its own meaning
[So never worry about money]
No matter how much I spend [on the wine]
It will eventually come back to me[…]
A luxury life is not my dream
My dream is to drink and drink and never wake up
All men of virtue are lonely
Only the drinkers are remembered

Film director Ang Lee’s award-winning film, ‘Crouching Tiger Hidden Dragon’ is categorized in the west as belonging to the martial arts genre. In the Chinese-speaking world, however, it is considered a ‘Wu-Xia’ film—‘wu’ meaning the martial arts or Kung Fu, and ‘xia’ referring to the spirit of the knights-errant. Bearing this in mind, the film can be enjoyed from a cultural perspective as well as for its fantastic displays of martial arts.

It is believed that the Chinese dynastic emperors had absolute power, but this was not, in fact, the case. The Chinese emperors did rule based on the will of God, but ‘God’ is a vague idea in China, which has never had a single national religion.

China's most famous rebellion novel is “Water Margin”, or ‘Outlaws of the Marsh’, attributed to Shi Nai'an. It tells the story of 108 rebels, including 3 women, from different backgrounds who gather in Mount Liang to confront the corrupt government. The rebels are knights-errant, all very gifted and brave. Their mission is to confront the dynasty, which makes them more romantic and heroic than Robin Hood. This story is loved by the Chinese working class because of its spirit of rebellion, so it is not surprising that the novel was banned by both the Ming dynasty and the Qing dynasty, the last imperial dynasty of China.

Mao Zedong, who led the Chinese Communist Party to win the Chinese Civil War and became the founding father of the People’s Republic of China, was known to have loved “Water Margin”. He used to say that he and his comrades were forced by the corrupt Kuomintang to go to Mount Liang, just like the 108 rebels in the novel. 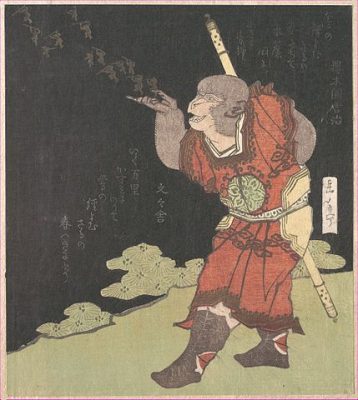 Yashima Gakutei's drawing (1786-1868) of Sun Wukong, the main character of “Journey to the West”. Public domain image from Creative Commons.

Another well-known figure of rebellion in Chinese literature is the Monkey King, Sun Wukong. Sun Wukong is the main character in “Journey to the West”, attributed to Wu Cheng'en. Wukong is a monkey but born from a stone. He is unrestricted by societal rules, with a physical strength rivalling that of  Marvel Comics’ The Thing, despite his monkey outlook. Wukong usually symbolizes the free mind and the strength and will to confront the Gods.

Sun Wukong in “Journey to the West” inspired He-Zhai Jin to write a new novel, “Wukong”. This novel was later adapted into a movie directed by Hong Konger, Derek Kwok. Critics considered this film a fairy tale for the post-Umbrella Hong Kong, in which some of the people never submit to destiny and always fight for their freedom.

Fa Mulan is another brave and independent Chinese figure of legend who is also known by many westerners through the animated Disney film, “Mulan”. Mulan disguises herself as a man in order to fight in the war. Because of her achievements on the battlefield, the emperor invites her to work for the government, but she turns down the offer and returns to her family.

Although the figure of Mulan challenges the role of women in China's patriarchal society, she is still a beloved figure in China—perhaps because she chooses to obey the emperor and become a warrior, and most importantly, because she does not wish for power.

Few of China's literary works and legends of rebellion end as peacefully as Mulan. The most outstanding and respected knight-errant in “Records of the Grand Historian” is executed by the dynasty. The rebels in “Water Margin” end up surrendering to the dynasty and dying in the war. In “Journey to the West”, Wukong is captured by the Gods and later controlled by a golden ring on his head similar to the caps in The Tripods series. Even the Empress Wu Zetian was smeared as a whore, and her achievement had been ignored for a long time because she dared to wield power over men.

But these stories continue to be passed from generation to generation in spite of their tragic endings because they embody a spirit of disobedience and rebellion, an eternal source of inspiration for the Chinese people.