As Women March in Argentina, the Country Debates Legalizing Abortion 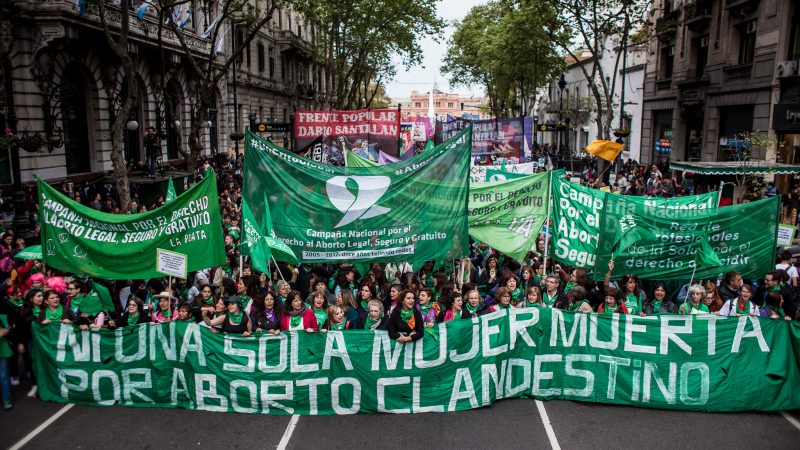 “[We don't want] even one woman dying because of an illegal abortion.” Image: Emergentes (CC BY-NC 2.0)

During a historic Women's Week in Argentina, on March 6 the Argentine Senate will hear lawmakers present a bill to legalize abortion. The bill is spearheaded by the National Campaign for the Right to Legal, Safe, and Free Abortion and has been signed by 71 members of Congress from across political parties.

After decades of delays, including six failed attempts since 2005 to pass similar bills, this year the government gave the green light to debate the bill starting March 20. Given the wide variety of opinions on the issue, even within parties, the government gave legislators total freedom of expression, encouraging them to vote according to their own principles and convictions.

On March 1, in his opening speech for the regular sessions of Congress, Argentine President Mauricio Macri said:

There have been 35 years of neglect of this very sensitive issue that we as a society are obligated to address: abortion. As I have said more than once, I am pro-life. But I am also in favor of the mature and responsible debates that we as Argentines must carry out. For this reason, I am glad to see that Congress is including the subject in its agenda this year. I hope that all voices are heard and all positions are taken into account.

Additionally, Macri brought up two other items of interest in the arena of gender equality: the extension of paternity leave–which as of today permits only a couple of days–and the promise to reduce the wage gap between men and women, something that already has a legal framework, but one that, in reality, leaves much to be desired.

It is notable that the initiative to host this debate in Congress comes from a government known to be right-leaning and conservative. The debates faced delays and barriers during the two terms of former President Cristina Kirchner, who belongs to the opposing political party. Kirchner was outspoken in her support of the abortion ban.

The abortion debate in Argentina is not cleanly divided along party lines, but rather revolves around the personal experiences, values, and religious beliefs of individuals. The wide range of opinions in favor of and against decriminalization is found both within the governing party and in the opposition.

The debate online: A mirror of the division in Argentine society

The possibility of decriminalizing abortion has polarized public opinion in Argentina, which struggles between its progressive trajectory and its conservative, religious heritage.

As might be expected, days before the Women's Strike that will take place on International Women's Day, social media was exploding with comments and memes that mirror this range of opinions (including some extreme ones) on the issue of abortion.

It is certainly a topic that readily provokes thoughtful debate as well as intense emotional reactions, which explains the abundance of insults, personal attacks, and mocking. Some of the most widely used hashtags are #abortolegal (legal abortion), #AbortoLegalYA (legal abortion NOW), #NOalAborto (NO to abortion), and #Sialavida (Yes to life).

If they get free #AbortoLegal (legal abortion) so they can have unprotected sex, then I want free gastric bypass and liposuction so we can eat whatever we want and then get thin again. More people actually die from obesity than from abortions. Am I wrong? #BuenViernes (Happy Friday)

You can dehumanize the fetus to ease your conscience, but you can't change reality. It's a life, just like yours! Let it live! #SiALaVida (Yes to life)

In the days following the news of the debate on decriminalization, political figures and members of the art world also voiced their views. National deputy Elisa Carrió, important ally to governing party Cambiemos, made her position against abortion clear in her statement asking for “respect for those of us who are believers.” The Argentine vice president, Gabriela Michetti, echoed this view, although she agrees that debate is necessary.

Minister of Science and Technology Lino Barañao declared himself in favor of decriminalization. The minister of culture, Pablo Avelluto, also supported decriminalization, but urged that the debate take place without demonizing those with opposing views. Actress Mercedes Funes shared a heartfelt letter in which she outlined her support for safe, legal abortion:

I know many women who have had abortions. All of them told me about it from the perspective of the impact it had on them. They didn't talk about it lightly, like just another anecdote, as if they'd run an errand or had a tooth removed. 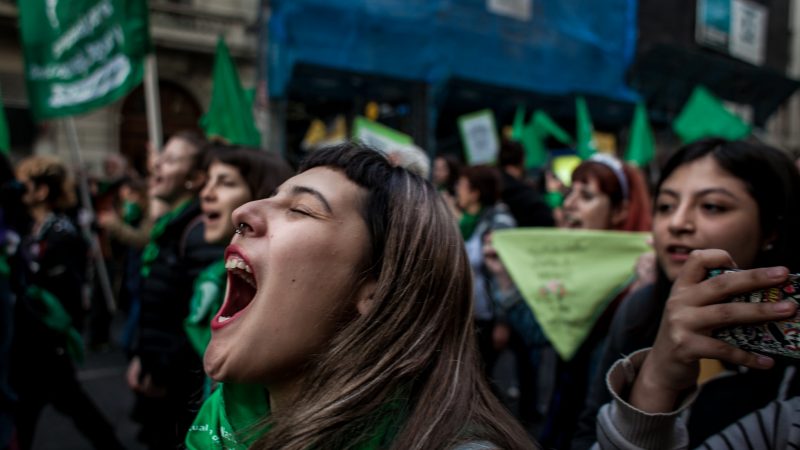 Beyond the internet debates and the personal opinions, the proposed bill not only shakes up the values of Argentine society, but also forces consideration of other realities.  According to the Argentina division of Amnesty International, an estimated 450,000 illegal abortions take place every year. And according to collectives like Varones Antipatriarcales de Rosario and Corriente La Colectiva on Medium:

…abortions do not only occur with a regularity beyond what we imagine, but they are also distributed by race, sex, gender, class, political party, ideology, religions, ethics, and, fundamentally, by the economic interests of medical and pharmaceutical corporations.

Ahead of the bill being presented in the Senate, the National Campaign for the Right to Legal, Safe, and Free Abortion organized a rally March 6 in front of the National Congress and in the country's major cities. Various community groups, feminist organizations, and human rights groups will lend their support, with some discussing live online.