A Struggle for Dignity: Women's Rights in Afghanistan 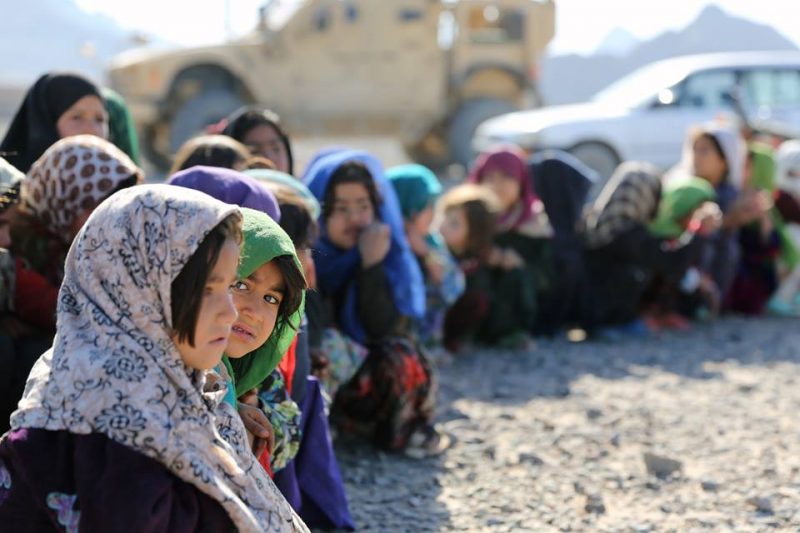 As the #MeToo movement triggered heated debates about sexual harassment around the world, feminists in Afghanistan were largely confined to watching its impact from the sidelines. Gains for women's rights in the country in recent years have been incremental and accompanied by regular setbacks.

As such, an indigenous #MeToo-type moment looks a long way off in a republic where deeply ingrained social conservatism and political power act to reinforce each other.

Towards the end of last year, for the first time, three women won seats at the Maidan Wardak provincial council, in what was trumpeted as an important gain for women in local elections. At the beginning of the year, the national legislature had thrilled many civic campaigners by passing an anti-harassment law. But in December the same body rejected the sole woman candidate and accepted all 11 men after President Ashraf Ghani drew up nominations for 12 cabinet ministers.

One of the most tragic stories of female suffering last year came a month before that in November when Zahra Khawari a young student at Kabul University, committed suicide after her research thesis was rejected by her supervisor multiple times for no discernible reason. Other students in the dormitory confirmed that she had faced both racial and gender discrimination during her studies.

On August 20, 2017, clergymen organised a rally to stop pop singer Aryana Sayeed from conducting a concert in the capital and accused her of corrupting Afghan youth. Their bid, which eventually failed, was due to Sayeed's appearance and dress, which they considered out of sink with national and religious culture.

But it was yet another incident that perhaps best highlighted the plight of women in the country. In November 2017 a video entered the public domain showing a lieutenant in the Afghanistan National Army sexually exploiting a young female said to be his subordinate.

In response, large swathes of Afghan social media turned to victim-blaming, calling the young woman immoral and accusing her of seeking a promotion through sex. A more left-field theory that gained traction on social media even posited that she was working on behalf of one of the lieutenant's political rivals.

Based on the leaked videos of lieutenant Laghmani and other lieutenants on social media, the object (receiver) is a real piece of work. If it is so, it seems the girl is recruited by someone else or she has had these relations of her own will, not because of being forced or in exchange for promotion.

Conventional wisdom suggests that the rule of the Taliban from 1996 to 2001 represented a huge step backwards for women's rights and their overthrow a huge step forward.

But while Afghanistan's post-Taliban government did much to please its Western backers — 25% of parliament sets were allocated for women in the country's constitution, for instance — public institutions and especially the security institutions, remain systemically women-unfriendly.

Last September, for instance, the U.S. Special Inspector General for Afghanistan Reconstruction (SIGAR) reported that some widows of Afghan National Army soldiers killed in the battle have been forced to perform sexual favours for officials before they could obtain the official pension benefits slated for the bereaved families. This report puts the leaked video featuring Laghmani and the young woman into context.

President Ghani was expected to push harder for women's rights, partly because of the hoped-for influence of his foreign-educated spouse, Rulha Ghani, who regularly speaks on the topic.

Nevertheless, in a speech aiming to shame political opponents last year, Ghani controversially said that “whoever claims that there are people in the government who cooperate with ISIS should come up and prove it, otherwise he must wear a Chadur [female veil].”

Ashraf Ghani clearly insulted women's veil. He insulted all the women accross the country. Apologizing to women benefits him and his government. This is the least he could do.
Posted by ‎جعفر رسولی Jafar Rasouly‎ on Saturday, December 2, 2017.

His spokesman soon half-apologised for the comment on his Facebook page, maintaining the remark that sparked a backlash from progressives had been misinterpreted.

But with Ghani far from the worst chauvinist among the big hitters of Afghan politics, this apparent slip of the tongue seems sadly symbolic of the long-term struggle women in the country face. The journey to claim their rights and dignity is a long one.