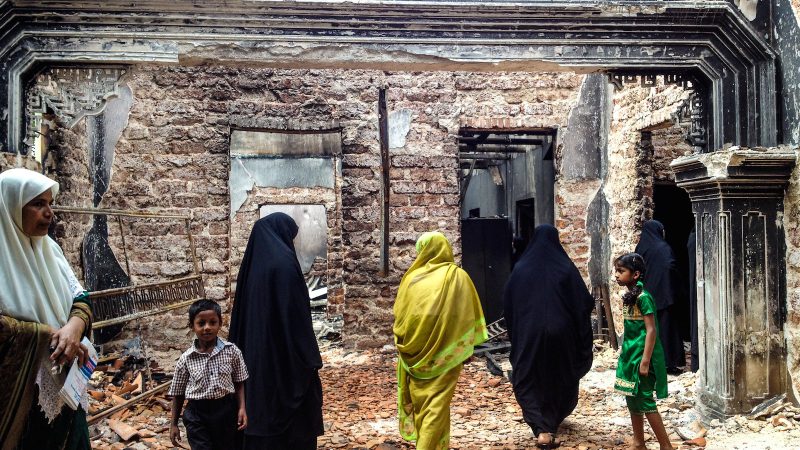 Houses belonging to Muslim families allegedly burnt down by a Buddhist mob in Aluthgama, Sri Lanka in June 2014. Image via Flickr by Vikalpa|Groundviews|Maatram. CC BY 2.0

On Wednesday, March 7, 2018, the Sri Lankan government declared a nationwide state of emergency for 10 days to stop the communal violence between Buddhists and Muslims in central Sri Lanka and bring the perpetrators to justice:

Sri Lanka declares its first state of emergency in 7 years, Under the state of emergency, the authorities are able to arrest and detain suspects for long periods, and deploy forces where needed https://t.co/k2h6hJqzsY

The violence began on the night of Sunday, March 4 in several villages of the Kandy district in the Central Province of Sri Lanka, as Buddhist mobs attacked dozens of Muslim businesses, a few mosques, and houses.

The root of the violence lies in an altercation between three or four of allegedly drunk youths in a three-wheeler and Heepitiyegedara Kumarasinghe, a 41-year-old Sinhalese lorry driver, that took place on February 22 in the village of Teldeniya near the city of Kandy.

Reportedly, the altercation was due to a traffic incident and was not racially or ethnically motivated. Kumarasinghe and his assistant were beaten up by the group of youths and admitted to hospital. Police have so far arrested three suspects in connection with the crime. The suspects are all Muslim youth from Digana, Kandy.

What ignited the riots? 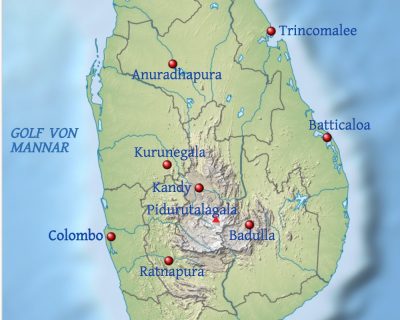 On the night of Friday, March 2, Kumarasinghe succumbed to his injuries while undergoing treatment at Kandy General Hospital, which prompted local protests. Reportedly, Kumarasinghe's family was compensated and the matter was amicably settled between the local Muslim and Buddhist communities to relieve any tension between these groups.

However, violence erupted on Sunday night into Monday on March 5 in places like Teldeniya and the village of Digana in the Kandy district, with many Muslim shops and houses burned to the ground by radical Sinhalese Buddhist mobs.

Local schools remained closed in the wake of the violence. Local leaders say that mobs came in from other parts of the country to instigate the riot and police did not do enough. Tisaranee Gunasekara wrote on Groundviews:

If the anti-Muslim riot in Teldeniya was a spontaneous explosion of anger, it should have happened either on the day of the assault or on the day the victim died. But up to the evening of March 4th, Teldeniya didn’t explode.

In Teldeniya village, social media pages rallied Sinhalese Buddhist mobs to assemble at 10am on March 5, 2018. From around 1am, the destruction of Muslim properties began.

At least one death has been reported due to the riots. The body of 24-year-old Muslim youth Abdul Basith was pulled out of the rubbles as his home was destroyed by arson. Police arrested dozens of people connected to that incident. The police fired tear gas to disperse crowds at Teldeniya police station who gathered to appeal for those arrested to be freed. When they could not control the situation, the army had to be called in and a local curfew was imposed.

By March 7, a total of four mosques, 37 houses, 46 shops and dozens of vehicles were damaged or destroyed as a result of the riots in both Digana and other locations in the Kandy District. A group of Sinhalese Buddhist citizens and Buddhist clergy held a protest demanding the release of all Buddhist suspects arrested for their involvement in the riots.

This video shows some of the damage as a result of the violence in Teldeniya: 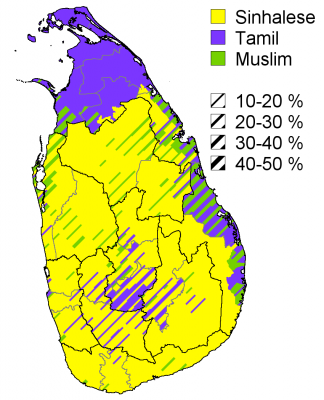 Distribution of Ethnic Groups in Sri Lanka according to the Census 2012. Image via Wikimedia Commons by user BishkekRocks. CC BY-SA 4.0

Muslims and Buddhists have been living peacefully side-by-side in Sri Lanka for decades. But tensions have risen between the two communities in recent years. In 2014, at least three Muslims were killed and more than 74 injured in sectarian violence in Aluthgama, a coastal town in the Kalutara District in the Western Province of Sri Lanka. The Buddhist hardline group Bodhu Bala Sena (BBS), played a leading and violent role in the anti-Muslim riots.

Last year a number of attacks on Muslims, including arson at Muslim-owned businesses and petrol-bomb attacks on mosques have been recorded in the country. In some cases, Buddhist hardliners targeted the Muslim community with accusations of forcing people to convert to Islam and vandalizing Buddhist archaeological sites. In November 2017, clashes between the two communities took place in the coastal town of Gintota in Galle State.

For 30 years #SriLanka you witnessed your streets run red with the blood of your children. Have you forgotten the loss? The fear? The pain? The suffering? Have you learned nothing? When will you see reason? When will you act? #StandAgainstRacism #OneNationOnePeople #lka pic.twitter.com/hJefq0d14G

However, there is a heartening update on the situation in Dingana:

Sri Lankan President Maithripala Sirisena has asked for an impartial and independent investigation into the incident. The Sri Lankan leader of the opposition R. Sampanthan mentioned that the anti-Muslim attacks were indicative of a sense of impunity among the perpetrators that they can get away with this.

It remains to be seen whether those instigating the riots are brought to justice.