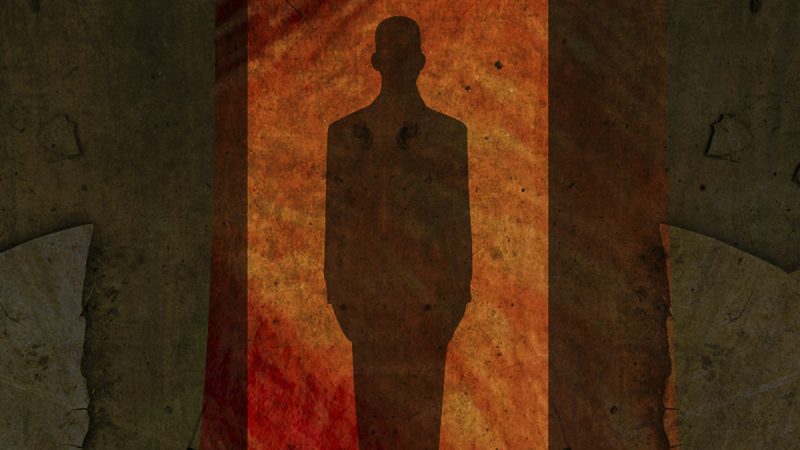 The following is the second part of a three-part series, a re-issue of a report written by Carlos E. Flores that was originally published by Connectas and re-edited with the author's help. The full report relates data and case analyses that contrast with the position Ecuador presents before international institutions that protect human rights. The first part of this series features the testimonies of victims of forced imprisonment and can be read here. This installment is devoted to exposing the legal circumstances that keep LGBTI people vulnerable, leaving them subject to kidnapping and torture by “de-homosexualization clinics”.

Over the course of a decade, La Fundación Causana (The Causana Foundation), an organization dedicated to the defense of the rights of LGTBI people in Ecuador, has documented fifty cases of homosexuals confined against their will. This organization believes that there is not enough information on the judicialization of the cases presented.

The situation has attracted the attention of bodies within the United Nations (UN) in terms of fulfillment of the Ecuadorian State code of law, which punishes torture and hate crimes with imprisonment in accordance with the country’s Comprehensive Organic Criminal Code.

An Alternative Report created in December 2016 by several social organizations for the UN Committee against Torture states that the first documented complaint against so-called “de-homosexualization clinics” dates back to the year 2000.

However, only six cases involving these clinics were processed through the Council of the Judiciary, with only those culpable in one case being sentenced on abduction charges. The punishment consisted of ten days of correctional prison and the payment of a fine (the equivalent of 6 USD).

For this and other reasons, LGBTQ organizations insist that there is no effective response from the law, nor is any conclusive information provided by authorities when information about convictions is requested.

One of the centers closed by the authorities was the same in which Jonathan Vásconez was detained and suffered violent abuse and harassment in 2010 (Vásconez’ testimony was included in the first part of this series).

The center was closed in April of 2012 after government authorities visited and took the measure for “breach of rules and requirements” as published on the website of the Ministry of Public Health. Not a word was said about the crimes experienced by people like Vásconez, who says he endured physical and psychological torture. The only defendant tried in the case, the director of the institution, was dismissed.

The Prosecutor's Office initially tried a torture charge but inevitably settled on a kidnapping charge, according to the sentence issued in court. The court dismissed the case because, among other reasons, the internment of the victim was requested by the family.

Ecuador in the eyes of international human rights organizations

In May 2017, when Ecuador distributed the Universal Periodic Review III (UPR) for the Human Rights Council of the United Nations, Ecuador did not provide any information regarding punishments against those responsible for employing sexual reorientation “therapies”. The same response was given by the Ecuadorian State in the UPR II of 2012 and the UPR I of 2008.

However, the Ecuadorian State did provide information before the Human Rights Committee in August 2016.  It was noted that Ecuador judicialized four cases, although it “[regretted] not having received detailed information about the penal actions taken against those responsible for these ‘treatments’ and their results.”

In January 2017, the UN Committee against Torture said it was:

concerned about allegations of forced internment and ill-treatment of lesbian, gay, bisexual and transgender people in private centers where so-called ‘therapies of sexual reorientation or dehomosexualization’ are practiced. Despite the closure of 24 centers of this type, the Committee notes with concern that to date the proceedings initiated by the Prosecutor’s Office have not resulted in any conviction.

At the time of the publication of this report it is not known which 24 centers were closed, the reasons why they were closed, who were the culpable individuals, or if they have continued to offer services under another name.

In June of 2017, the Council of the Judiciary, through information obtained from the Prosecutor's Office of Procedural Management, provided a list of six cases that occurred in the provinces of Pichincha, Napo, Guayas, El Oro and Manabí.

The cases only bear the initials of the aggrieved, and it is evident that half of the proceedings were neglected. The clinics in question were not specifically identified and the reasons for the inquiries were only clarified in three of the cases: two corresponded to bodily torture and one to kidnapping.

Official data on judicial processes are scarce and generate concern among human rights organizations and the LGBTQ community.

According to Ane Barragán of La Fundación Causana, the lack of information on the part of the Prosecutor's Office complicates things:

for us, civil society, it is very difficult to get closer to all these details. The Women's Communication Workshop, according to a document issued in Ecuador’s last UPR, stated that the sanctions against these centers have been ‘mostly administrative in nature, and there is no data on any case that had been prosecuted.’

In an added layer of complication, victims’ direct relatives often support the imprisonment. Generally, the aggrieved do not want to subject their own relatives to legal proceedings. In the end, they decide not to report their crimes, instead choosing to distances themselves from their families.

Little by little the State and the government […] were taking matters into their own hands and were making some steps – among them, creating rules for clinics, [a thing] that had not existed before.

The National Council of Psychotropic Substances and Narcotics used to supervise addiction centers until the Ministry of Public Health took over guardianship and issued Regulation 339 in 2010. This regulation stipulated homosexuality as being a condition to be treated in these clinics, and activists insist this regulation is ambiguous.

The aforementioned regulation was repealed two years later when Carina Vance, a lesbian activist, took over as health minister. Under her management, Ministerial Agreement 0767 was approved, which eliminated any trace of ambiguity and, furthermore, established a series of procedures for monitoring the clinics with the interaction of different state bodies and the participation of collectives and social organizations.

During Vance’s administration, there were 290 inspections according to a Ministry of Health report, a level of deployment that does not occur these days. According to Patricio Aguirre, Ministry of Health’s National Directorate of Human Rights, Gender and Inclusion, these regulations (the ones pushed by Vance) have helped to supervise these clinics properly, reducing the need for surprise inspections.

However, substantial changes are necessary within a society that continues to view homosexuality and variant gender expressions as behaviors that must be punished or shut away.

Insufficient laws make it difficult to protect the rights of the persecuted, especially when their own family members participate in their persecution under the guise of social conventions.