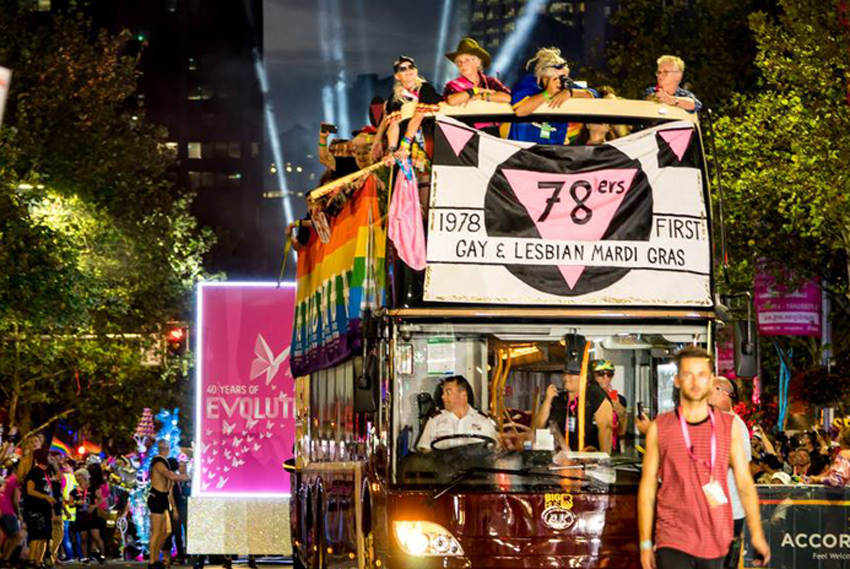 The Sydney Gay and Lesbian Mardi Gras 2018 has been an event with dual purposes — a colorful celebration of the gay and lesbian community, and a commemoration of the 40th anniversary of the original 1978 street march at which 53 participants were arrested and charged by police.

Some of those arrested were forcibly outed and lost their jobs after the Sydney Morning Herald daily newspaper published the names. A list of those who participated now represents an honour roll.

An assistant commissioner of the New South Wales police apologised before this year’s parade:

NSW Police Assistant Commissioner Tony Crandell: “The NSW Police force got it wrong in 1978. We’ve come a long way since then. We’ll be looking forward to making sure everybody’s safe and has a happy Mardi Gras.” pic.twitter.com/aZH6RtJW39

However, two of those who were beaten and arrested in 1978, Peter Murphy and Sandi Banks, have expressed their concern that it did not come from the very top, namely the police commissioner himself. William Brougham posted video to YouTube in which Sandi Banks describes “two faces of the parade. One was light and joyous and frivolous. The other was extreme violence”:

William has also produced a 22 video interviews with the 78ers, as they're called. Many are over an hour long. The playlist of these oral histories is on his YouTube channel.

For well-known activist and 78er Wendy Bacon, the Sydney Gay and Lesbian Mardi Gras 2018 was also a family occasion:

It was also a family affair for two Ingram siblings:

The Foster twins were the same:

Shoutout to the #78ers. Shoutout also to the ’70s LGBT activists who weren’t at the first #MardiGras for whatever reason. Shoutout to the str8 allies who rocked up to the Darlo cop shop, raised bail money, stuck up for us. We all stand on the shoulders of giants. #MardiGras40

In addition, the parade is the first one since the legalisation of same-sex marriage in Australia. There was the inevitable wedding at the Mardi Gras:

Most of the national political leaders joined the festivities. Prime Minister Malcolm Turnbull took a signature selfie with headline celebrity Cher, who is considered something of an icon among the lesbian, gay, bisexual, transgender and queer (LGBTQ) community:

Welcome to Sydney, Cher! @GladysB Lucy and I and all your fans thrilled to be with you at the 40th Mardi Gras & first since Australia achieved marriage equality. pic.twitter.com/EIYDaq2OTG

It was not to everyone’s taste, especially those who blame him for the “unnecessary” postal survey that preceded the same-sex marriage vote in parliament:

The Sydney Gay and Lesbian Mardi Gras Facebook page has posted an album of photos from the night:

First big album of PARADE photos online on our Facebook page now with many more to come: https://t.co/rAH2sgwQoS #MardiGras40 pic.twitter.com/eqLUSDAaGp

It is appropriate to finish with a shot of the original 78ers: 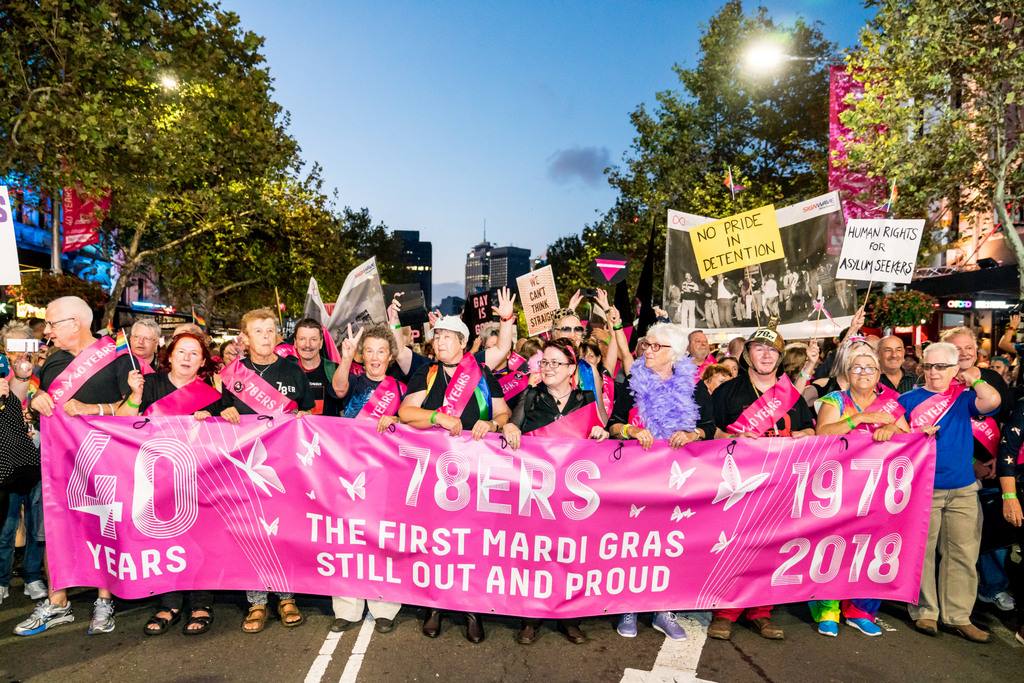