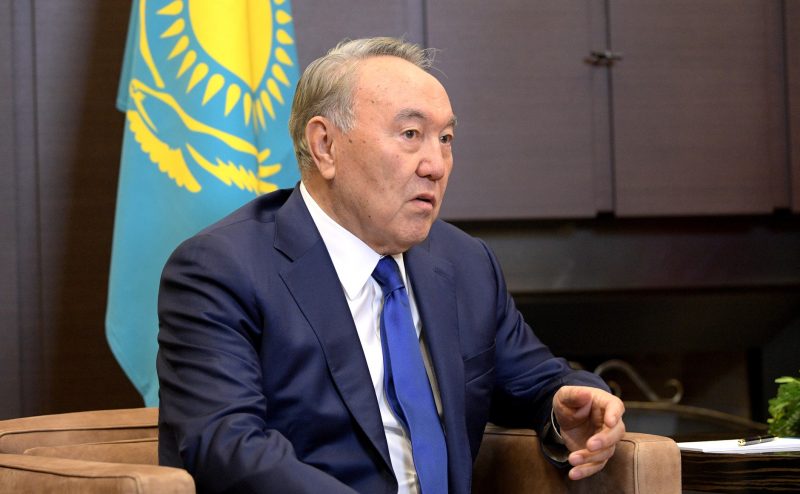 At the end of last month Kazakhstan's ageing authoritarian President Nursultan Nazarbayev created a stir when he ordered officials to speak in the state language, Kazakh, rather than the country's other ‘official’ language, Russian.

The reasons for the sudden order, as well as its potential consequences, are still being debated in the Central Asian country.

Kazakh has been Kazakhstan's state language since 1989, when it was still a Soviet republic. But even a quarter of a century into independence, Russian still dominates the media, national government and business circles, a legacy of imperial and communist-era ‘Russification’.

Moreover, the continued pre-eminence of Russian has been understood as beneficial for inter-ethnic harmony in the diverse country.

Kazakhs make up just over two thirds of the republic's 18 million population with Russians accounting for a fifth. Other groups including Ukrainians, Uighurs, Tatars and Koreans, are often more used to speaking in Russian than Kazakh, while many Kazakhs living in the country's two largest cities, Almaty and Astana, are also more prone to speaking Russian.

Even Nazarbayev himself, who speaks Kazakh fluently, appears to prefer speaking Russian. 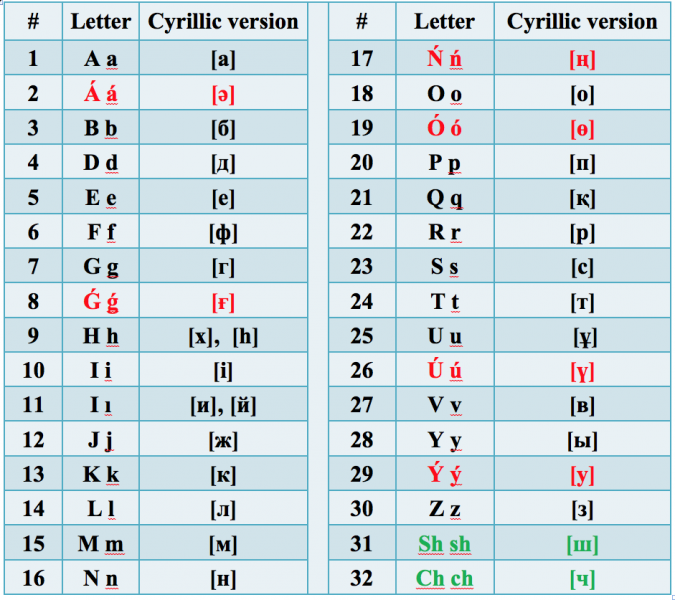 Latest version of the Kazakh alphabet. Prior to last year, the alphabet in the country's state language was rendered, like Russian, in Cyrillic.

The prevalence of Russian in Kazakhstan is also of interest to Russia itself, which views Kazakhstan as an important ally and part of President Vladimir Putin's self-proclaimed “Russian world.”

For these reasons, the snap directive to hold sessions of government in Kazakh “only” on February 26 came as a surprise to many.

Reuters reported the following day that nearly all officials were using the language at a cabinet session, much to the joy of many Kazakh-speaking social media users.

In a typical response to the news, Bakyt Sultan wrote on Facebook that it was “about time” for such a directive. Sultan's post was in Kazakh with a smattering of Russian.

It is about time!!! Unfortunately, it has become a habit for us to speak in Russian because of a few folks who don't speak Kazakh. If we speak in Kazakh those who don't should learn.

Snub to Russia or another ‘distraction'?

Moscow is unlikely to be rejoicing. Some see the order to promote the use of Kazakh at the highest level as an attempt to diminish the influence of Kazakhstan's giant neighbour to the north.

Such moves on Kazakhstan's part have grown more noticeable on the back of an unsettling few years that began with the crisis over Ukraine in 2014.

Since that time Kazakhstan has used a number of opportunities to assert its independence from Moscow. In 2015 it celebrated 550 years of statehood in grand style after Putin appeared to question the country's pre-Soviet history. 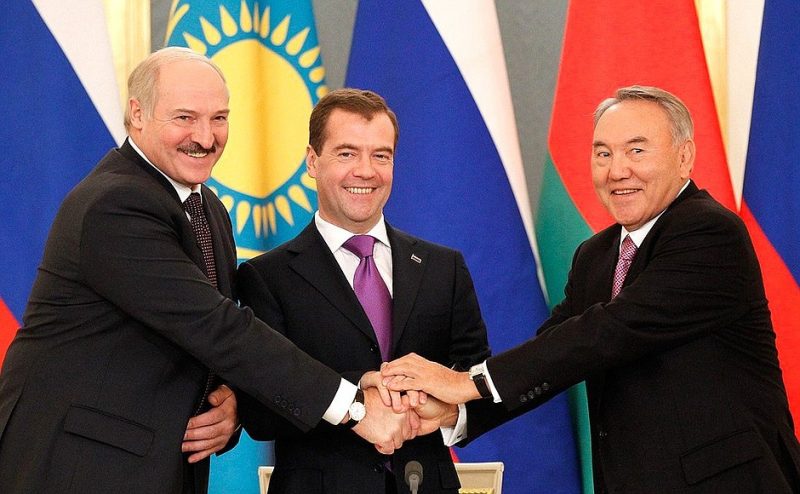 Others however, see it as yet another manoeuvre  to distract the public from slow economic growth and massive corruption. These sorts of reactions mirrored responses to the government's move last year to switch the alphabet used for Kazakh from Cyrillic to Latin.

A Facebook user with the pseudonym Natsad Napsa cast the directive as a “diversion.”

This is just a diversion! If genuine, they would eliminate Russian from the Constitution. If they don't do this, it's just a distraction!!

Not only parliament and government but the entirety of Kazakhstan including all state structures, mass media, [educational institutions] starting from kindergarten to Nazarbayev University and the president himself and his administration should all speak in Kazakh. Plus, official paper work must be written in Kazakh. If that's not the case then once again, this is just another case of fooling people with declarations.

One foot in and one foot out

If Kazakhstan is serious about making the transition from Russian to Kazakh at the top, it will be a rough ride for some highly-placed officials.

Currently, social media users are actively sharing a video from a recent parliament session in which a parliamentary deputy poses a question to central bank chief Daniar Akishev, an ethnic Kazakh whose primary language is Russian.

Akishev replies in Kazakh in an attempt to fulfil Nazarbayev's order, but fails to make himself understood. His response triggered mass ridicule from fluent Kazakh speakers on social media.

However, as the video spread, so too did Facebook posts from users sympathizing with Akishev, and recalling their own difficulties learning to speak the state language.

At any rate, Akishev, who pledged to raise his Kazakh to full proficiency when he was appointed as central bank chief over two years ago, shouldn't feel too glum.

In recent days the government has somewhat toned down the demand for officials to speak “only” Kazakh at government sessions.

Speaking at a March 1 session of the senate, Senator Dariga Nazarbayeva, who is the president's oldest daughter and also a potential successor, noted that “no-one has cancelled” Russian yet, and that the language would continue to be used in official capacities.

She spoke in Russian at the session.