María Roa Borja: A Voice in the Fight for Labor, Ethnic and Gender Rights in Colombia 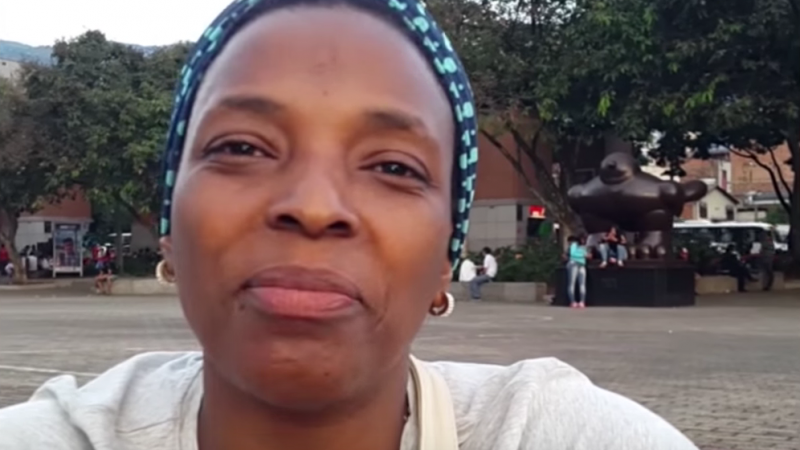 María Roa Borja started the fight for Afro-descendant domestic workers rights and continues to demand the expansion of the Afro-Colombian Women Workers Union which includes workers of diverse ethnic and social backgrounds. Screenshot of the video with María Roa Borja, which has been shared on the YouTube channel of the El Espectador newspaper.

In the past, the topic of domestic workers was discussed among employers in social gatherings, now it is discussed at the labor ministry, in the constitutional court, in the Congress of the Republic and in the media. […] In the past, the topics related to the domestic employees were those of character, race, our cooking abilities […] Today, the main issue is our labor rights.

This is how María Roa Borja sums up some of the achievements of the Union of Afro-Colombian Domestic Service Workers (UTRASD), founded in 2013, now with just over 150 women as active members. The general objective of the UTRASD is to defend the rights of almost one million women who work as domestic workers and who largely come from the most vulnerable social strata of Colombian society.

Roa Borja, founder and current president of UTRASD, argues that the struggle of Colombian domestic workers is not only a labor issue but also extends to the issue of gender and of Afro-descendant Colombians.

The organization began its work in Medellín with 28 women and focused on the rights of Afro-descendant domestic workers. This objective was in response to the social and historical conditions faced by the women of this group who are generally discriminated against because of their gender and race.

The location of the UTRASD in the city of Medellín is also important. Because of its proximity to El Chocó—which is one of the regions with the highest density of Afro-descendant populations in Colombia—Medellín receives an important migratory flow of people displaced by the Colombian armed conflict which has affected almost 7 million people over a period of 50 years.

However, membership and the causes associated with UTRASD appeal to women from diverse ethnic groups without any exclusion.

In an article published by the Colombian website El Malpensante, María Roa recounts some of the forced conditions of domestic workers in her country — at the heart of her mission:

Of the almost 53 million domestic workers in the world, almost one million are in Colombia. We live in poverty, most of us have been victims of the armed conflict, most of us are unaware of our rights, and the private sphere in which this work is carried out often hinders access to justice. Many employers say they ignore the law or camouflage their breach under the pretext of compensating workers with intangibles, such as affection or good treatment.

A Voice for Working Afro-descendant Women

Roa Borja's mission has spread and her message has been recognized inside and outside of Colombia via interviews, conferences and awards. In 2015, she was a panelist at the “Women and Work for Peace Building” conference at Harvard University. At the end of that same year, she was recognized as one of the 20 Best Leaders of Colombia and as Person of the Year by the El Espectador newspaper.

But Roa Borja is also among those displaced by the conflict. She arrived in Medellín at the age of 18 from Apartadó in the municipality of Antioquia, a region heavily affected by the decades of war that have dominated the recent history of Colombia.

She fled to Medellín after her sister was murdered and one of her brothers was the victim of an attack. With little academic training and the urgent need to earn money, the only work that was available for her to survive in Medellín was that of a domestic employee.

During those years, she had to live and be a witness to the abuses, the mistreatments and the poor working conditions that affected her colleagues. The majority of them were also Afro-Colombians displaced by the war who had to work up to 16 hours standing, without even receiving a recognized minimum wage.

In domestic work, abuses by the employers are rampant and those who are more strongly affected are Afro-descendant women. These women often have their rights disregarded and they suffer from discrimination, not only because they engage in a historically stigmatized profession but also because of their gender and their social and ethnic origin.

Studies of the Carabantú Corporation and the ENS (National Trade Union School) revealed that the majority of the 182 black domestic workers in homes in Medellin receive less than the minimum wage per month (at the time of the survey, 737,717 pesos – which is approximately 260 US dollars). 85.7% of contracts are verbal and employees are unaware of their rights while many employers take advantage of this situation and limit their rights even more.

In an interview by the Afrofeminas website, Roa Borja illustrates an aspect of this problem:

The employers say “You're black, it won't hurt you. You're black, you do not get tired. ” Of course, we showed that we knew how to do the job, despite having to spend many hours [working]. It was normal to get up at [four] in the morning and go to bed at ten, eleven or [at] midnight to start again early [the next day]. This meant that we could get only three or four hours of sleep, when there were events such as parties, weddings or birthdays. We saw our children only on weekends, but we didn't even have a full weekend. On Saturdays we would leave [the house we worked in] in the afternoon and arrive home in the evening, and on Sundays at noon we would have to go back to work.

Since its founding in 2013, and under the leadership of Roa Borja, the UTRASD has worked hard for the regulation of domestic work in Colombia. As a result, the Law 1788 (or “the bonus law”) was approved in 2016.

This law establishes a social benefit payable by the employer that corresponds to the payment of 30 days of service per year or proportionally to the time worked and that is given directly to the worker. The law also provides other benefits such as transportation assistance, severance payments, vacations, compensation fund, health contributions, pension and labor risks.

The union continues to grow and to seek the affiliation of more and more women with the intention of educating them about their rights. Through this union, María Roa Borja and her colleagues have tasked themselves with sharing the information and thus empowering more and more female domestic workers to demand a more humane and dignified treatment.