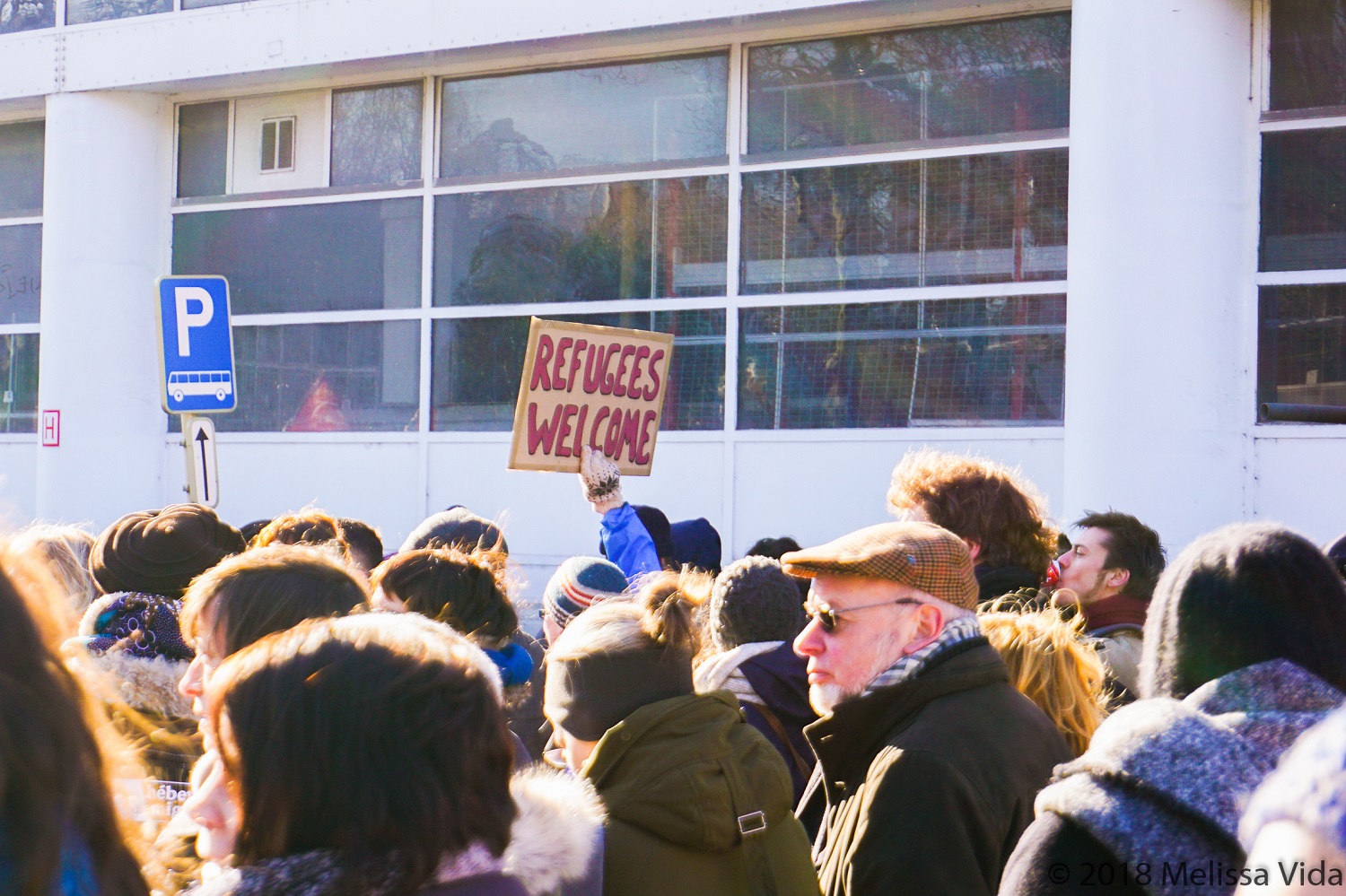 On February 25, 2018, 10,000 demonstrators marched down the streets of Brussels to show solidarity with undocumented migrants and demand a more humane legislation towards migration. They protested, in particular, against a proposed law that allows police to raid homes in their search for undocumented people:

A human wave of #solidarity for a migration policy that respects #HumanRights in #Brussels today. #MigrAction #Humanity #BXLrefugees #MigrationEU pic.twitter.com/QjnWU3Qncb

Many of Belgium’s undocumented migrants are asylum seekers whose requests have been denied, or former Calais Jungle residents who try to enter the United Kingdom through either the Port of Calais or the Eurotunnel.

The would-be law authorizes an investigative judge to order home searches and arrest undocumented migrants. The police raids, which target people who received an order to leave the country, could also happen in a third party’s home. This worries the 40,000 Belgians who help and house migrants for humanitarian reasons.

Since undocumented migrants do not receive any governmental help, they sleep on Brussels’ streets, often in freezing temperatures. To save them from this fate, a group of Belgians come and pick them up every night and organize sleepovers at volunteers’ homes; each morning, the hosts drop the migrants off before going to work, and so the cycle continues:

As the influx of migrants in #Belgium increased, its citizens have been providing shelter to #Refugees. Belgian law allows its citizens to take in refugees. But that may be about to change. https://t.co/gssmTi1RgV#MigrAction, #HumanWave, #brussels, #solidarity, #RefugeesWelcome pic.twitter.com/MBJAywqdtX

This group is part of a “citizen platform for the housing of migrants”, which won Brussels’ 2018 Person of the Year award:

“We share this Brussels award with all of Belgium and the 40,000 people that are making things happen. Théo, if you see this…” Mehdi Kassou, from the Citizen Platform #brusselspersonoftheyear2018

The citizen platform, along with other groups and associations, deplore the government’s inaction regarding street dwellers and criticizes what they see as an emerging police state and criminalization of migrants. They target, specifically, Theo Francken, the state secretary of migration and asylum.

Belgians protested against the raids, the detention centers that are already on the way and the resources being put into the deportation process. Alexis Deswaef, president of the Human Rights’ League association, explained that the New Flemish Alliance, a far right national party in government, is leading the crackdown on immigrants. He expressed his frustration on Europe1 radio:

If a second Calais did not form in Brussels, it's only thanks to citizens and not the government. This government is letting itself being carried away by an identity-led and nationalist party, but the opposition is getting stronger.

The country is building three new detention centers to hold undocumented migrants until they are deported. One of these centers will receive families with children, which rings an alarm for many activists. In 2008, Belgium was condemned by the European Court of Human Rights for the inhumane treatment of four detained children. Belgium had to close the center.

Sometimes, scandals happen even after deportation. In December 2017, Sudanese asylum seekers were sent back to South Sudan; once back in Khartoum, they reported that they had been tortured. Although the veracity of their statements hasn’t been confirmed, the Belgian Office of the Commissioner General for Refugees and Stateless Persons has admitted that Belgium did not follow due process before deporting them.

The center’s director, Koen Verbert, was furious. He explained his perspective to local media:

If this was a routine inspection of the management of a non-profit organization, then we live in a police state. The people we work with were beaten up and handcuffed for no reason whatsoever. That cannot be allowed.

Arrests at Globe Aroma: 29 associations lay out a banner to support undocumented migrants

During the march, demonstrators demanded the release of some key figures who were arrested at the arts center:

Today, like every day, youth are demonstrating in Brussels to show solidarity with undocumented migrants and demand the liberation of trade unionist #MounirTahri and the artist Jiyed, arrested at the association #GlobeAroma and still locked up. @FranckenTheo @JanJambon

This march is the third one in 2018 alone. On January 13, 8,000 Belgians demonstrated for Theo Francken's resignation and for Sudanese migrants’ rights; on January 21, more than 2,000 formed a human chain to prevent a police raid. As Belgium's government continues to define its migration policies, Belgians voice their opinion by the numbers.