‘Ready to Reckon With the Colonizing World, Daring It to Try’ — What the ‘Black Panther’ Film Means to Trinidad & Tobago 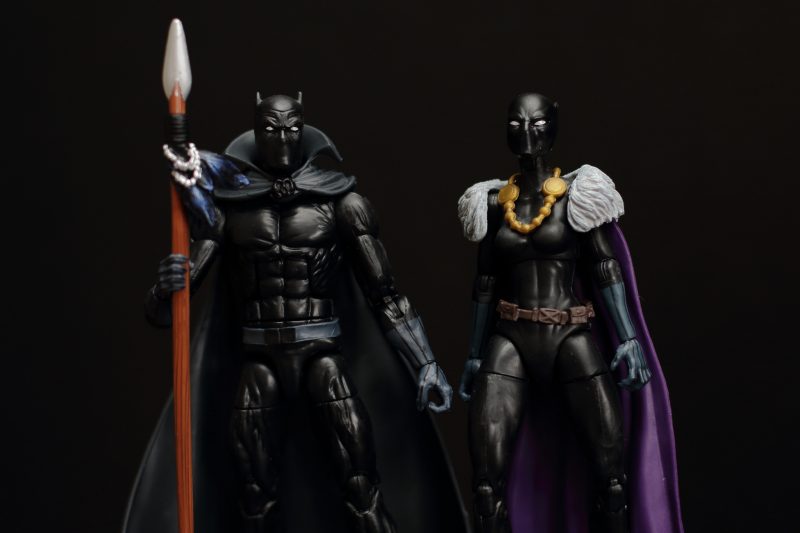 The film “Black Panther” is out, and as predicted, has been breaking all kinds of box office records — and not just for superhero movies.

Based on the Marvel comic book character of the same name, the blockbuster film sees King T'Challa returning to the technologically advanced African nation of Wakanda to serve as its new leader, but there are opposition forces at work. With Wakanda in peril, the new king must rely on his superhero persona, Black Panther, along with the help of a C.I.A. agent and the Dora Milaje (the country's special forces), to save the day.

The Caribbean — and Trinidad and Tobago in particular — was just as excited about the film's release as the rest of the world. Trinbagonians celebrated the success of one of their own in the cast (Tobagonian actor Winston Duke plays the villain M'Baku), as well as the fact that this was a film populated by black actors in positive starring roles.

Because of the country's history of colonisation and slavery, and the system of indentureship that replaced the labour structure after emancipation, Trinidad and Tobago's ethnic demographic is mainly split between people of African and Indian descent. As is the case in other post-colonial societies where race has been used to divide and conquer, the concept of blackness has continued to be manipulated by politicians and amplified by the media. The result is that many false stereotypes are perpetuated.

This film challenged the inaccurate, unidimensional image of blackness touted by such sources, and made room for Afro-Trinbagonians to reclaim their narrative.

Moviegoers used several screenings as opportunities to celebrate their African roots and culture with drumming and dancing. Adults and children alike showed up in elaborate costumes that were a nod to the fictional African nation of Wakanda as much as they were an outward gesture of recognition for the nobility of their African roots. Many patrons, decked out in African garb, were overjoyed to take in the film, saying, “De road was long but we made it!”

During one celebration in Tobago, Winston Duke tuned in via Facebook Live (at approximately 17:13 on the video's timeline) to see the festivities for himself. The actor seemed genuinely touched by the tribute, saying, “Amazing. This is amazing.” He later added, “We're creating spaces so that all our stories can be told…all the diverse stories of Trinidad and Tobago and all the places of the diaspora.”

While one Facebook user, photographer David Wears, shared a lighthearted video which perfectly illustrated the delight that people felt about seeing the movie, many netizens examined the weightier side of the film and its astounding repercussions, both positive and negative.

In a Letter to the Editor at the popular Wired868 website, Jan-Michael Williams called out the online condemnation of exuberant Black Panther movie fans:

There is a lot of hype surrounding the actions of people, particularly African and/or Black people, before and after watching this new film, Black Panther.

Firstly, let me say that I have not yet seen the film, I’ve only seen its effects. And, for me, it is the best movie of my life so far.

There are some Trinis who have missed the importance of the fact that this is the first movie to have a cast of mostly black people who have roles that do not entail being a drug dealer, prostitute, thug, gangster or any of the negative stereotypes the film industry has created for black people from its inception.

I’m sure that some of you have tried to speak with a Chinese accent after watching those old Kung Fu movies. Some have even engaged in friendly sparring matches to try to reproduce the karate moves. […]

If this film provokes a genuine sense of African pride, a deep connection to something truly meaningful yet missing and/or a thirst for more knowledge about our culture, heritage and homeland, then let us please allow it to do its part. If for others, it’s just another fashion event, then so be it. It is not that they are making a mockery of the culture.

Superhero comics were created to boost the image of whites as the world’s progenitors and purveyors of justice, peace and security. Likewise, Hollywood has earned its reputation as the quintessential flagbearer of American cultural imperialism for well over a century. […]

The main actors and actresses in Black Panther concur that it is a manifestation of African potency historically denied by a large segment of the world’s population. […] Most commentators agree with [film critic Billy] Niles that what makes Black Panther revolutionary is its ‘predominantly black cast […] set in a prosperous (if fictional) African nation, that didn’t focus squarely on the historical global suffering of black people.’

Fergus then illustrated how such age-old stereotypes had been “well illustrated” in Trinidad and Tobago Carnival, the country's national festival:

Prior to the mid-1950s, the prime material for Trinidad Carnival portrayals of Africa came from Hollywood films, which persistently presented the continent and its people as ‘primitive and uncivilized’. […]

In 1957, revolutionary bandleader George Bailey started an artistic movement to reclaim Africa from Hollywood, beginning with his portrayal, ‘Back to Africa’, which won the Band of the Year title.

I Marvel at the support for Black Panther. I myself cannot wait to go see the movie. […] But what is my support to accomplish? […] What does this black cast get from this phenomenal effort on their part? Well guess what? The movie is not black owned, it is a Disney product, Disney owns Marvel. We get so very caught up in consumerism and the agenda that is set for us by white America that we never look further. Black Panther is great but it is just another case of a Anti Black Society finding another way to bleed money out of the people who are so easily fooled by crumbs. […] Now I love the movies, do not get me wrong but here is a proposition, an idea, how about supporting some local productions too. […] I have seen films with all black casts already, this is not the first. They were made right here in Trinidad and Tobago. It is like the global amazement of a black president of the USA… I know about Black Leaders all my life. Obama was great but not novel. […] Not because White America says something is great makes it great. […] Yes this is a great movie for Black actors and ah we boy Duke, but a greater movie for Disney… they making the money.

While I hear what he's saying, I'm going to pay money to see this movie. The film industry understands one language: MONEY. When the film breaks records they can no longer ignore cinema of people of colour. Will they continue to cut their own throats by stifling black, Caribbean and other cinema? By ‘they’ I mean not just Hollywood, but also T&T, who still seem to think of our indigenous film products as novelties, or charity.

Perhaps, though, one of the most poignant and balanced summaries of the film came from poet Shivanee Ramlochan:

Black Panther is sublime. Not because it's a perfect narrative. No such thing exists. […] It's sublime because it's an ardent vehicle for black joy.

[…] I am not black, except in the eyes of an agent of empire who sees me as not white = black. I do not speak as an authority on the/any black experience, consciousness or understanding. I celebrate black joy. I care deeply about black narratives stealing from the mouth of the empire to make what is theirs, to take (back) what is theirs, to (re)(en)vision themselves with steel, reggae, blood, canboulay and all other forces that move and speak, for the living and the ancestors.

Afrofuturism is a vital part of Black Panther's narrative exoskeleton. Afrofuturism is vital because, in many ways, it yearns to be a representation of the AfroNow. You will find that yearning articulated with almost painful beauty in this film. And that articulation will, if nothing else, give you hope. Hope that yes, there is a Future/Now where black kings are superheroes. […] Hope that somewhere, in a part of the African continent you haven't yet beheld, behind a holographic partition, a city made of commerce and creativity, its ziggurats and spires polished in silver, its catacombs rivering with gold, its arsenals whirring with dread, dense technology, works and sleeps, ready to reckon with the colonizing world. Daring it to try.