Who Is Responsible for the Avalanche of Garbage That Killed 16 in Mozambique? 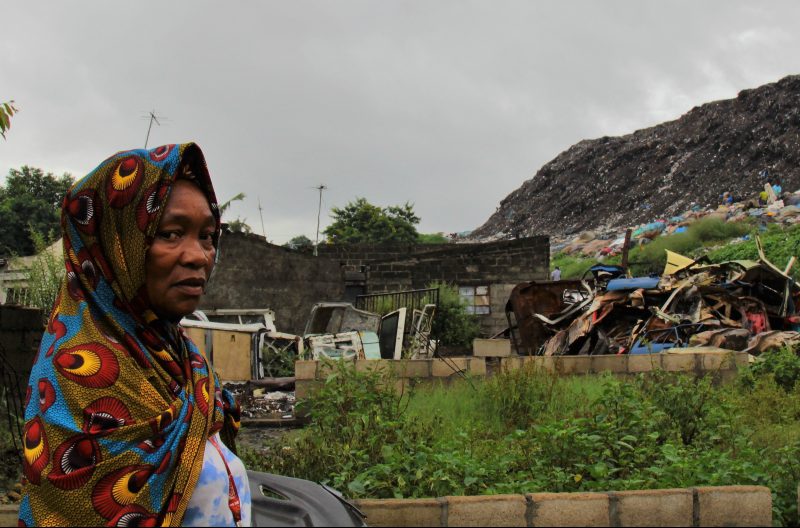 A survivor who lost her neighbours in the tragedy. Photo: Marco Simoncelli. Used with permission.

Mozambique’s government is set to speed up closure of the country’s largest waste disposal site, following the collapse of a mound of rubbish that led to the deaths of 16 people on 19 February. The tragedy exposed the poor waste management in the capital Maputo, as well as the precarious situation of the hundreds of garbage collectors living near the site.

The heavy rain hitting the country recently caused the avalanche at the Hulene waste disposal site, in Maputo’s outskirts, burying several houses. Nine adults and five children died at the scene, and another four adults and two children were hospitalized. The incident happened at around 2 a.m., when residents were sleeping. Seven homes were completely destroyed and over 120 people were removed from the area.

In operation since 1972, the open-air waste disposal site is the largest in Mozambique and the only to serve Maputo, a city with over a million inhabitants that produces around a tonne of rubbish per day. The Hulene B neighbourhood, spread over 17 hectares, or around 24 football pitches, is an area with a high population density located approximately seven kilometres from central Maputo.

During the country's civil war (1977-1992), many moved to the area of the waste disposal site searching for safety. Today, it is an income source for many families working as garbage collectors. There is no public recycling service in Maputo; it being done by private companies that collect waste with the garbage collectors of Hulene.

For years there has been talk of closing the site. With the tragedy, politicians appear to be committed to accelerating the process – the next day, the central government recommended to Maputo’s administration that it expedite relocating the families.

As well as resettlement, the closure of Hulene supposes the suspension of receiving new waste, according to the minister of land, environment, and rural development, Celso Correia. He also stated that the process would take at least five years and would cost 110 million dollars to the public purse. It is not clear what will happen to the heaps of trash remaining there or to the space itself.

As such, the garbage would be taken to the Matlemele landfill which should be built in the city of Matola, around 20 kilometres from Maputo. It is foreseen that, from the first part of 2019, the new landfill will receive the two cities’ waste.

The new infrastructure is planned to include a recycling unit with the capacity for 200 tonnes per day, as well as a waste treatment facility and a system for producing energy from biogas, a type of biofuel — capabilities that the Hulene site does not have as it is simply a waste disposal site.

An amateur video made by Radio Indico journalist Lote Sigauque shows how much the area lacks minimum standards for housing:

‘In other countries, this would merit resignations‘

Central government spokesperson Ana Camoana described the incident as a “tragic accident” at a press conference the following day, 20 February, attended by Global Voices. However, citizens assert that this could have been avoided if the government had taken certain measures.

According to environmentalist journalist Isac Naiene, people living in the area had already warned that such a disaster could happen. He wrote on Facebook:

[…] I previously interviewed countless families who live in the vicinity of the Hulene waste disposal site, who recounted the drama of living there […] and during the conversation, some people already predicted that a tragedy like that of this morning was bound to happen. Said and done. Maybe now that the worst has happened, the authorities will alert themselves to the urgent need of closing the Hulene waste disposal site.

The president of the Maputo City Municipal Council, David Simango, who had already promised the site’s closure during his 2013 electoral campaign, accepted responsibility for the event but refused to “debate” if the institution which he runs could have avoided the situation or not.

In the press conference held on the day of the tragedy, Simango said:

[…] We take responsibility for all that happened […] I wanted to ask everybody that we concentrate on saving people instead of having a debate about the waste disposal site […] I did not want to discuss if it was due to negligence or not, I prefer to say that we have the responsibility for what happened and we accept it. Now, if it is completely or in limited scope, we will leave this debate for later.

The suggestion of Bitone Vitage, a political scientist and avid commentator on social media, was that the site’s managers should resign from their posts in the name of the victims:

In other countries this would merit resignations on the part of the president and the councillors of the area for sanitation of infrastructure. In the name of ethics and dignity the official should resign due to the pain that these families will have to bear for their whole lives.

On 23 February, the country’s president, Filipe Nyusi, visited the families resettled in two tents, provided by the municipal authorities, at the Bairro Ferroviário (Railway Neighbourhood). He mentioned the visit on his official Facebook page, where he also confirmed his call for the population to not return to their old residences around the waste disposal site “as it lacks minimum conditions of hygiene and safety”.

‘The waste disposal site that kills is the same that sustains’

The municipal authorities have been promising to close the site since 2014. The only measure taken so far, though, was the resettlement of some of the resident families to another area, but according to Yolanda Manuel, secretary for health and social action in Maputo, some of those resettled have returned.

Many of them if not all were compensated years ago to leave that area, but they only left for a time and then returned, I say this because I know a family that left and returned, choosing to use the money and sell the lands made available by the government. […]

However, the residents that Global Voices spoke with denied these accusations, stating that those who were moved were residents of areas of the Hulene neighbourhood which were hit by flooding and not really those who live close to the waste disposal site. 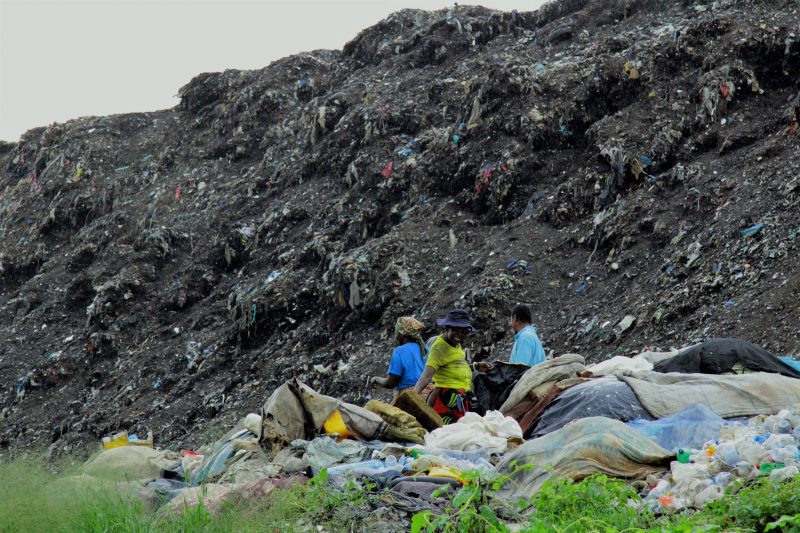 Besides, even the resettled families have been complaining of the lack of basic services, such as electric energy, access routes, and markets, in the resettlement area.

In another Facebook post, José Machado, underlined that resettlement, when not accompanied by other measures guaranteeing the families’ incomes, run the risk of failure, given that it is at the trash site where many earned money:

The waste disposal site that today killed over a dozen people is the same that sustains over a hundred families. […] Stop wanting to close our source of income without before telling us where we should go, we humbly earn what we earn in our poor activity every day and thereby raise our children and support our families.

The tragedy has moved Mozambicans over the last week. On Twitter, users created the hashtag #PrayForHulene to mobilize resources for the 32 families involved in the resettlement process.

I know that united and giving a little of what we have and can, we are stronger and we can help those who really are needy right now! #TwitterFriends #PrayForHulene #HelpForHulene

Image: I, Yara Bongo, am going to participate in a social action to help the victims of Hulene, for this I ask earnestly for help with clothes, non-perishable food, hygiene materials. Help me to help. [Number] Contact for more information. #TwitterFriends #PrayForHulene

Tweet: Guys, we are going to be empathetic and show solidarity all the help is welcome #TwitterFriends #WeBack #PrayForHulene

Hours after the hashtag’s creation the first results were already being seen. Jessica tweeted:

Addresses in the messages which are circulating…

The heavy rains hitting the country have so far affected around 130,000 people, especially due to flooding in urban areas.