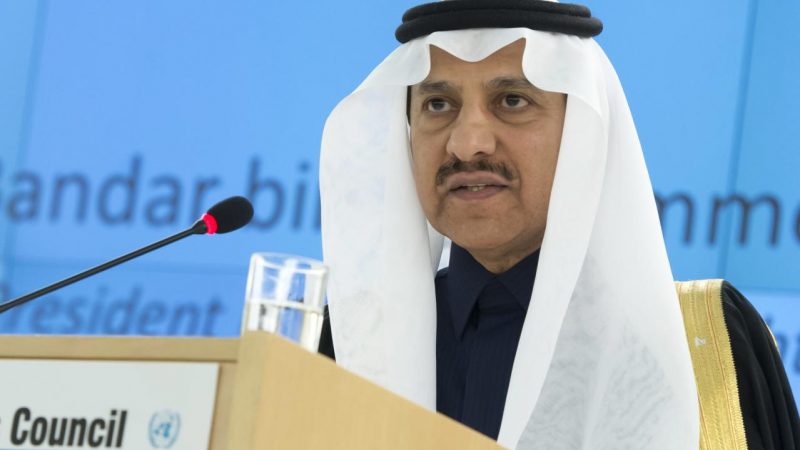 This post was written by Khalid Ibrahim, executive director of the Gulf Center for Human Rights (GCHR) an independent, non-profit organisation that promotes freedom of expression, association and peaceful assembly in the Gulf region and its neighbouring countries.

The HRC, consisting of 47 Member States elected by a majority of the members of the United Nations General Assembly by direct and secret ballot, is the highest international body dealing with human rights issues around the globe.

The General Assembly is supposed to consider candidate Member States’ contributions to the protection of human rights, as well as voluntary pledges and commitments when applying for council membership. But Saudi Arabia was elected twice in succession despite its well-documented and ongoing human rights violations.

In October 2016, Saudi Arabia was elected as an HRC member for the second successive time, despite a lack of elections or secret ballot nor an assessment of the nation's human rights record. The council distributes seats geographically and the Asia-Pacific States, with four out of 13 seats vacant, presented Saudi Arabia as one of its four candidates. Therefore, Saudi Arabia was able to keep its seat until the end of 2019 without having to undergo due process and faced zero accountability for its human rights violations to date.

The international human rights community reacted with disappointment and condemnation to Saudi Arabia's re-election to the HRC due to its role in the war in Yemen. Since March 2015, Saudi Arabia has been leading a coalition war against Houthis rebels in Yemen. The coalition's airstrikes have killed and injured thousands of civilians, including children.

Writers, academics, online activists and clerics have been among those arrested in recent months. In one week alone in September 2017, more than 20 prominent human rights defenders were detained following a wave of house raids and arrests. 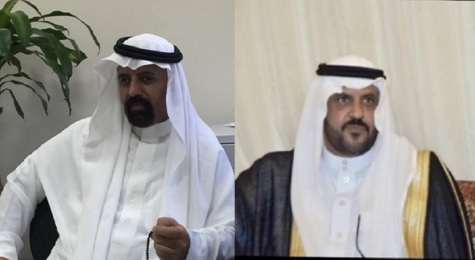 On 25 January, the Specialized Criminal Court (SCC) in the capital city of Riyadh sentenced rights defenders Mohammed Abdullah Al-Otaibi and Abdullah Madhi Al-Attawi to 14 and seven years in prison respectively, over rights-related activities. Al-Otaibi and Al-Attawi are founding members of the Union for Human Rights which monitors and advocates for the respect of human rights in Saudi Arabia.

In 2013, they were summoned with two other founding members of the organisation by the public prosecutor in Riyadh and ordered to freeze their activities. Due to serious threats from authorities, Al-Otaibi and Al-Attawi agreed to fully close their organisation but were still referred to the SCC and continued to work as human rights defenders in their personal capacities.

The two were charged with a number of accusations including setting up a human rights organisation prior to obtaining an official permit and spreading petitions deemed harmful to ”the reputation of the Kingdom and its justice and security institutions” on the internet.

The Association for Civil and Political Rights in Saudi Arabia (ACPRA) was also targeted by authorities. All its founding members were arrested and tried on a range of fabricated charges. Mohammed Al-Qahtani, who is currently serving a ten-year jail sentence, was convicted in March 2013 on a number of charges including membership in an unlicensed organisation (the ACPRA), incitement against the kingdom, as well as cooperation with the HRC as stated in the indictment. 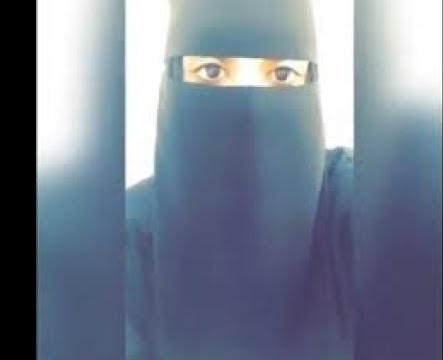 Saudi Arabia prohibited women from driving until recently when a royal decree issued in September 2017 permitted women to drive starting in June of 2018. Despite the conservative kingdom's pledges to reform, discriminatory rules against women still exist. For example, the male guardianship system requires women to have the consent of a male relative guardian to travel outside the country, apply for a passport, get married or to even rent their own places.

Women who call for reform and campaign to end the guardianship system are silenced and often face interrogations and arrests for engaging in online advocacy work. On the day of the royal decree announcement to repeal the ban on women driving, authorities phoned several prominent women’s rights defenders to warn them against making comments on the decision or they would face legal consequences.

Activist Noha Al-Balawi, a college student from the city of Tabuk in northwestern Saudi Arabia, was arrested on 23 January for speaking out online on Saudi Arabian politics as well as supporting women's rights. On 5 February, Al-Balawi's detention was extended another month.

According to some reports, Al-Balawi was arrested for publishing a YouTube video in which she criticised Saudi Arabia's relations with Israel. However, the International Federation for Human Rights reported that she was questioned about her rights activism:

The authorities questioned her on tweets and videos she had posted, including on a video in which she supports the driving campaign for women and shows solidarity with the prisoners of conscience in Saudi Arabia. She was also questioned about her connections with the successful campaign on women’s right to drive, and with the women’s rights and human rights movement in Saudi Arabia generally.

On 22 February 2018, reliable sources confirmed to the GCHR that Al-Balawi has been released after 29 days of arbitrary detention.