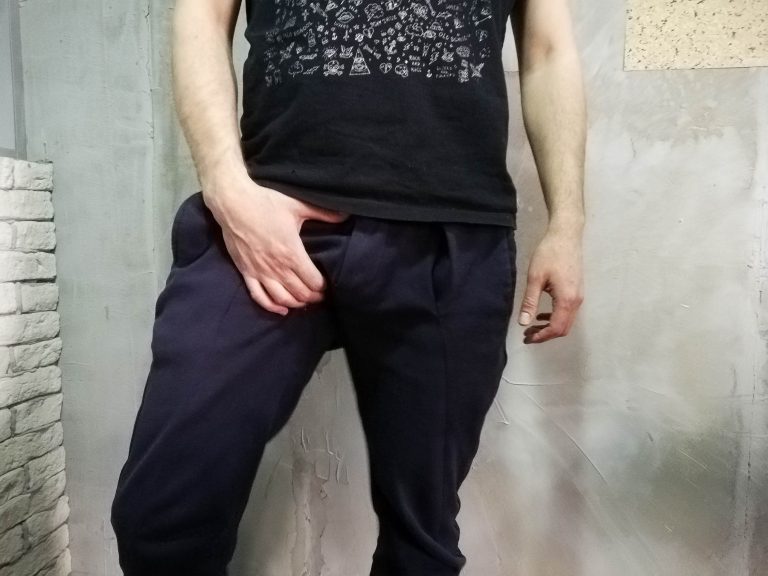 The Kazakhstan edition of Men’s Health magazine has sparked ire on social media by mocking a viral women’s health campaign with a spoof counter-campaign urging males to scratch their scrotums more regularly.

“If there are feminist campaigns, there should be jokes about feminist campaigns, otherwise it is discrimination against men,” Karim Kadyrbayev, a writer for the magazine, argued in a commentary accompanying the launch of the mock campaign, which even has it own hashtag — #ScratchIfItItches (#чешиесличешется).

Kadyrbayev’s blog was posted online on February 13 and featured photos of actor Jim Carey and footballers Cristiano Ronaldo and Lionel Messi with their hands over their crotches.

It is a bold assertion indeed to claim that the men of Kazakhstan are oppressed victims of women-led social awareness campaigns, but the country’s misogynists are nothing if not oblivious.

The initiative to which Men’s Health is taking exception originated with Bollywood movie stars, who took to posting pictures of themselves holding up tampons with the hashtags #PadmanChallenge and #Iamnotashamed.

Thank you @pulkitsamrat for nominating me for the #padmanchallenge
I nominate our very own Mr World #RohitKhandelwal, Miss world 2000 @priyankachopra and everyone’s favourite @RanveerOfficial
PS it’s not just a girl thing! pic.twitter.com/2jEIIxD5ac

The goal was to break the abiding stigma still surrounding menstruation all around the world. The viral sensation has since gone global, with model Natalia Vodianova emerging as the most prominent face of the campaign in the Russian-speaking world.

Forced to respond to the swell of negative online reaction to the Men’s Health Kazakhstan gag, Kadyrbayev wrote on Facebook on February 14 that the #ScratchIfItItches spoof was not aimed at making fun of sanitary towels. Rather, he said, he was criticizing online campaigns that “don’t get a damned thing done” in general.

Despite that line of argument, it is difficult to see the Men’s Health post outside the context of the vituperative patriarchal backlash that routinely awaits any online activity in Kazakhstan intended to promote the interests of women. When Almaty-based doctor Asel Bayandarova posted a status update on Facebook declaring that Kazakh women should not have to submit to the “stupid” expectations of traditional society, the reaction was vicious.

Bayandarova accompanied the text in her post with a selfie of her wearing just the bottom half of a two-piece swimming suit. Along with vast amounts of whole-hearted messages of endorsement, there were copious expressions of outrage, mostly from male traditionalists.

These types of counter-reactions are far from being unique to Kazakhstan, of course. Steve Bannon, an arch-conservative former adviser to U.S. President Donald Trump, recently warned darkly that the #MeToo movement posed an existential threat to the Republican Party.

Steve Bannon warns Trump the 'anti-patriarchy movement' will be bigger than the Tea Party #MakeFascistsAfraidAgain https://t.co/Gut0RAnDKz

A similarly themed movement trending under Ukrainian- and Russian-language hashtags translating as “I am not afraid to speak” earned condemnation in 2016 from the Russian Orthodox Church.

The viral campaign de-stigmatizing menstruation, meanwhile, has been greeted with skepticism across the Russian-language internet, according to pro-Kremlin outlet Regnum.

The campaign began on the eve of the release of a Bollywood movie called Padman which explores cultural taboos surrounding menstruation in India. Regnum reported that many social media users suspect Vodyanova of receiving a fee from Padman’s backers and that she was actually engaged in promoting the film, rather than the cause.