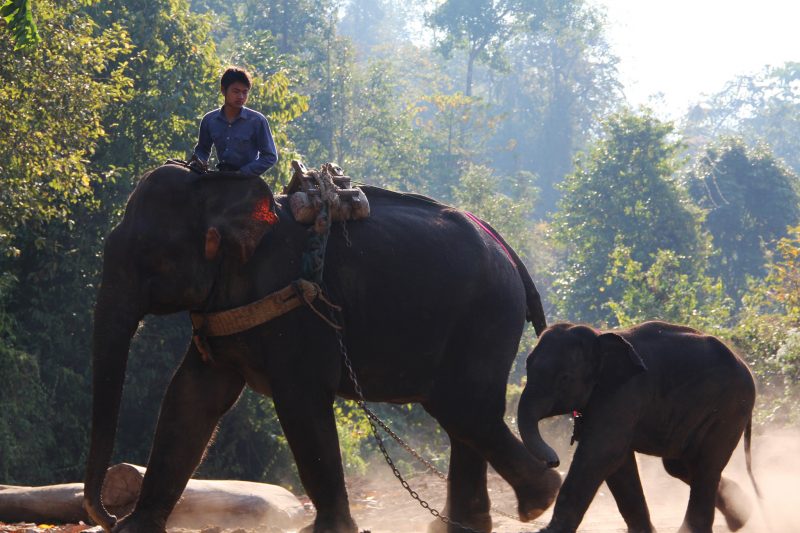 Several conservation and environment groups have teamed up to launch a campaign to promote the protection of Myanmar’s dwindling population of elephants, known as “momos” in the Burmese language.

The “Voices for Momos” campaign enjoins the public to reject the illegal trade of elephant parts and other wildlife animals. It also asks the government to implement more programs aimed at stopping the poaching of elephants while providing alternative livelihoods to hunters.

Myanmar’s wild elephant population is estimated to be between 1,400 to 2,000. One elephant is reportedly killed every week, and some have warned that Myanmar’s elephants could be wiped out in two decades if the killings do not stop.

A recent news report warned that the poaching of elephants could intensify in Myanmar because its neighbor China has ordered a crackdown on the illegal sale of wildlife animals. Those looking for elephant parts and other endangered animals could raise the demand for these exotic goods in Myanmar.

It also reported that the selling of elephant parts is thriving near Yangon's pagodas and other shrines where local and foreign tourists often visit. Yangon is the country’s main urban center.

The need to educate the public about protecting elephants is a major goal of the “Voices for Momos” campaign. One of the activities intended to generate public attention was the display of colorful papier-mâché elephant statues all over Yangon. According to local artists, the papier-mâché elephants made out of recycled newspapers were the largest in the world.

The display proved to be a hit among children:

A petition was also initiated as part of the campaign asking the government to boost its anti-poaching drive and the public to stop buying illegal wildlife products. As of this writing, more than 2,000 have signed.

A video of the campaign featured local artists who urge viewers to save Myanmar’s elephants.

The campaign also promoted the sending of love for elephants in time for Valentine’s celebrations on February 14:

Happy #ValentinesDay to all our followers ❤️
RT to spread the #elephantlove all over the world today! #formomos #ValentinesDay2018 pic.twitter.com/feL0acLW1g

Mobile phone users can also use Viber stickers in support of “Voices for Momos”.

Raising public awareness about momos is just the initial phase of the campaign. The next challenge is engaging local authorities and hunters about the need to stop the killing of elephants.