20 Years After the Decriminalization of Homosexuality in Ecuador, the LGBTI Community Continues to Be Punished 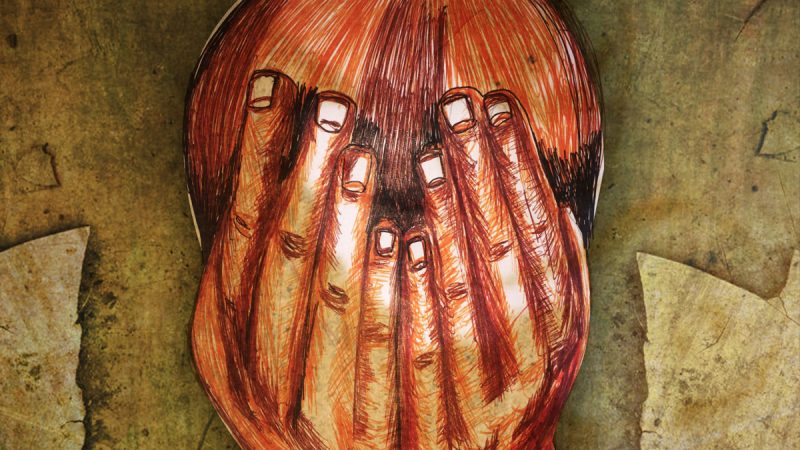 The families of those who are sequestered and confined to “dehomosexualization” clinics request the “services” of these institutions and pay to keep their family members inside. Illustration by Mónica Rodríguez. Used with permission.

The following is a reissue of a report written by Carlos Flores, originally published by Connectas and re-edited with assistance from the author as part of a three-part series that will be published and translated by Global Voices. The complete report contains other detailed testimonies and analysis of the legal inconsistencies which facilitate the violence and discrimination perpetrated against gay and transgender/transsexual people in Ecuador.

The first part below features the testimonies of victims of institutions that claim to be able to “cure” homosexuality; other installments will examine the failures of the judicial system, as well as the social obstacles that inhibit the protection of the rights of lesbian, gay, bisexual, transgender and intersex (LGBTI) people.

Twenty years after the decriminalization of homosexuality in Ecuador, the LGBTI community continues to be punished by society and is rarely protected by the law. Mistreatment and discrimination take various forms, served by organizations that escape the state's control. Some of these organizations maintain that they are detox clinics; in reality, they carry out “cures” for homosexuality. The abuses that take place inside these clinics are numerous and multi-faceted.

Physical and psychological tortures, including insults, humiliation, unhealthy diets, beatings, electric shocks, and even “corrective rapes”, have been part of so-called “dehomosexualization therapies” in Ecuador “for a long time”, according to widespread opinion.

Some of the testimonies from victims of these institutions gave rise to works such as that of Paola Paredes, who revealed the mistreatment that various women received at these clinics. Other testimonies show how the families of the many victims act in conjunction with the clinics, and also how many women are brought in by religious organizations.

The lack of government control and protection is evident in cases like that of Jonathan Vásconez, a transgender male who lived in confinement for a year and a half and who twice attempted, and was prevented, from running away from El Centro La Estancia (The Ranch) in Patate (Tungurahua) in northwest Ecuador.

It began when he was 23 years old. He already had a daughter, and still used the female name that his parents had given him when he was born: María de los Ángeles. When he went to pick up his partner at the time, strangers intercepted him, beat him and handcuffed him, telling him they were police. Jonathan says that the order to commit him against his will was given by his family, under the false accusation that he was a drug addict. Within the center, the abuses and assaults were numerous:

They asked three fellows to get up and bring in a brown tank full of water, which reached my waist. Between them, they put me in the tank, head first, about eight times. I can say that there I saw death. The director of the clinic recorded me with a cell phone and ordered me to say that I had gone to kidnap my daughter, which was not true. When they saw that I was dying, they left me […] I was there for a month and a week, handcuffed to the bed, and they made me eat on the floor…

Jonathan soon managed to escape, but by order of his sister, was recaptured.

Between the use of religion and the evasion of justice

The clinics and their leaders don’t often face justice, but when they are confronted, they seem to disappear and change their name. Many of the institutions also utilize religious laws and values to give structure and purpose to their work. In any case, it is not clear whether, after a complaint or the intervention of state institutions, these clinics continue to operate under another name or in different locations.

At the same time, many of the victims avoid registering complaints for fear of further victimisation by the people who mistreat them in the centers.

This was the case for Luisa (name changed), who was brought to one of these centers at the behest of her parents, who could never accept the idea that Luisa was a lesbian and even less that she had fallen in love with her cousin, with whom she now lives. She remembers the “therapy” she received very well: bathing very early and in exactly five minutes, praying, the application of the 12-step program used for drug addicts, poor nutrition, and phrases that they repeated to her day after day while they put their hands on her head: “You, you are not a lesbian, here we are going to cure you; you're very confused with your life, you're going to see that you're going to like men.”

She endured this traumatic experience at 24 years old, in 2012, spending four months sharing a space with other lesbians. Some were drug addicts and others, like her, were not. After leaving the center she returned home, but with her spirit entirely altered. Two weeks later, Luisa’s father resumed his violent behavior against her, and she feared that she would be committed once again. That's why she decided to leave.

With regards to Hogar Renacer (Spanish for Reborn Home, the “clinic” where she had been confined), Luisa did not want to have anything more to do with it: “I never made a complaint. I did not want to get in trouble. The people who worked there were kind of dangerous.”

The district attorney’s office does not provide details on resolved cases or the convictions of those that are known as “symbolic cases”, because of the level of influence they have on public opinion. They assured, despite everything, that incidences of this phenomenon have been reduced, although collectives and social organizations may disagree.

La Fundación Causana (The Causana Foundation), a “lesbian and feminist collective” that strives for the defense of the rights of LGBTI people, affirms that between 2016 and 2017 alone, it had already worked eight cases that dealt with preventing confinement. The social conditions affecting people who tend to be victims of this treatment have changed little, despite the evolution of the law. Thus, although it is maintained that current legislation has opened the door to respect and equality for all, Ecuador is very far from being able to close the book on this issue.