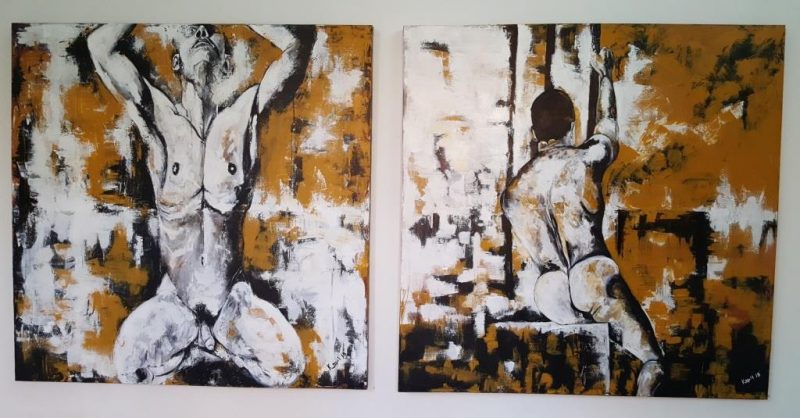 Nevertheless, painting nudes and exhibiting them in public still requires a bit of courage in Nepal. Traditional gender roles in Nepali society see men as the caretakers of their families, which means they should be muscular and tough. As in other parts of the world, this “macho” expectation means that men in Nepal aren’t always comfortable with vulnerability or talking about their bodies or sexuality.

To start a dialogue about what it means to be a man and celebrate the male form, two Nepali artists, Kapil Mani Dixit and Roshan Mishra, are exhibiting their male nude art series at Gallery Mcube in the city of Patan until 19 February 2018.

@men‘snude art … met these two wonderful artists @r0shanmishra & Kapil Mani who are trying to beautify a man's body as well as presenting the emotional suffering men go through for being a man. Those woman who call themselves a feminist should visit this once pic.twitter.com/W1AiJdOu39

Talking to Global Voices, Kapil explained, “While men appreciate the female bodies, why do they sheepishly look at male bodies?”

God has created equally beautiful male and female bodies. Male are as handsome as female are beautiful. Let’s celebrate about our body. Why is it that we shouldn’t talk about it? 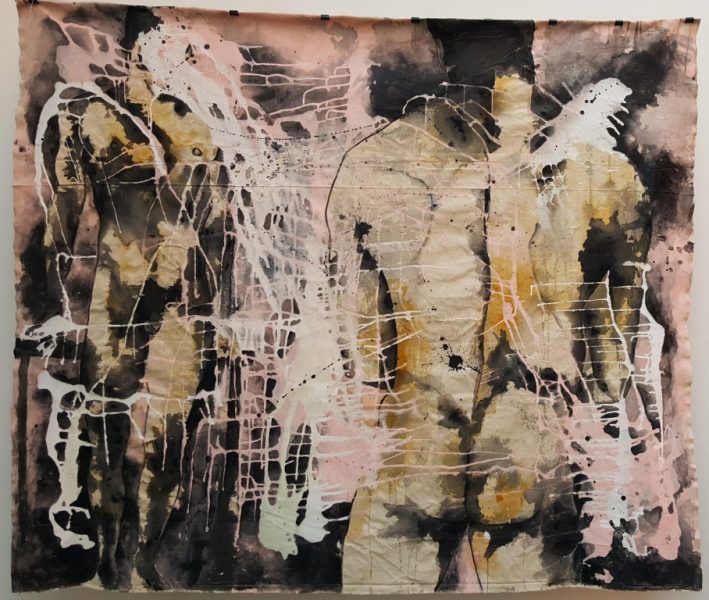 “The pink in my painting connotes the access the society hasn’t given us. It has put us in shackles within the pink colour,” says Kapil. Photo by Sanjib Chaudhary. Used with permission. 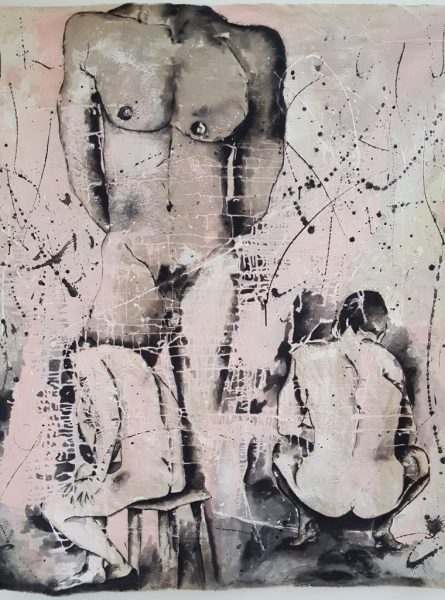 Two characters in a single frame – one vulnerable, another “macho.” “It’s okay to be you, men too can cry, men too can be sensitive,” says Kapil. Photo by Sanjib Chaudhary. Used with permission.

Roshan has used himself as a model for his conceptual series of work. He said:

My work represents the negativity that lies in our society about the male form. Most of the males feel uncomfortable to talk about their own bodies and share their feelings, thoughts, and sexuality. My eight of the conceptual work shows a trapped male figure that has been struggling to come out from its shell….Some of the works show the negative male body surrounded by vibrant, colorful surrounding and other works show a body trapped and wrapped with the social status and fear within. Depicting the subtle nudity of my own body, through this exhibition, I have tried to reach out to those males who feel timid, shy, tender, depressed, confused, lost or even feel dominant. I want them to celebrate the male figure that is given to us by the grace of the god and be who we are. 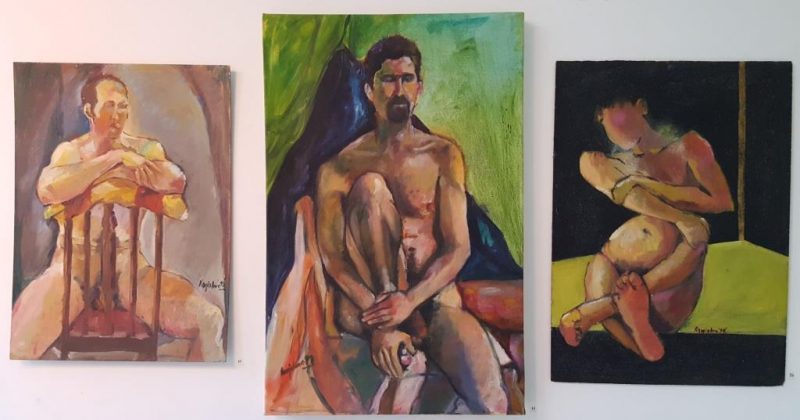 Kapil added, “Many people came to me and said they had been thinking in the same way but weren’t able to talk about it”:

It’s not only our feelings but we’ve expressed the feelings of all males. Males never talk about these issues.