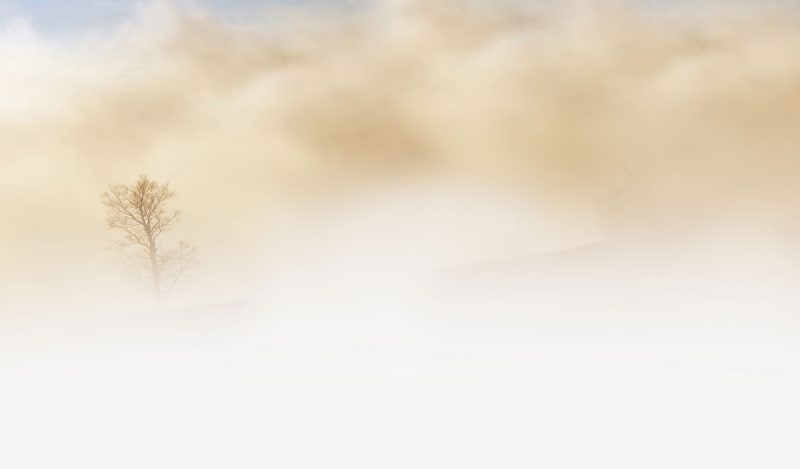 Severe sandstorms have blanketed Iran's Ahwaz region again this past week, with people choking as atmospheric dust levels reach 57 times the safety limit set by the World Health Organization. In late January the news broke that citizens were crowding hospitals across the predominantly Arab region—which is desperately poor despite being home to over 95 percent of the oil and gas resources claimed by Iran—complaining of severe shortness of breath and respiratory problems. Between January 21 and 25, three people died from severe respiratory illnesses.

The area is blanketed by a thick smog of sand and visibility is down to under 200 meters. The government has suspended flights to and from regional airports and closed schools, offices and banks across the once-lush province.

In 2013, the city of Ahwaz, the capital of the region, topped the World Health Organization’s list of most polluted cities in the world. According to the report, Ahwaz’s average Air Quality Index score was 372—the global average is around 71—or “Hazardous”. It was the only city on the list with an average value above 300. Reporting on the situation at the time, the Unrepresented Nations and Peoples Organization (UNPO) wrote that “contributing factors include desertification caused by river diversion and the draining of the marshes and the oil, petrochemical, metals and sugar and paper processing plants in and around Ahwaz.”

More than four years later, the situation in Ahwaz remains unchanged, and the group most affected are the region’s indigenous Ahwazi Arabs, who have long been discriminated against by successive Iranian governments.

The reason for the high rates of pollution is the accelerating desertification of the region, due to the extensive drying of the rivers and marshes as a result of the massive river-damming and diversion project initiated when Hashemi Rafsanjani became president in 1989. The project has seen millions of gallons of water rerouted from the region’s rivers to other parts of Iran and has intensified the already high rates of pollution and environmental degradation in the region.The dust storms combine with the constant clouds of choking pollution released into the atmosphere by the region's petrochemical refineries and factories—none of which are subject to any environmental regulations or oversight—and also with the pollution produced by the burning of sugarcane.

Speaking on condition of anonymity due to fears of reprisals by the Iranian regime, an Ahwazi high school student told Global Voices that, “The burning used to take place during the day, but after there were protests by local Arabs chanting ‘We might be able to buy potable water, but we cannot buy clean air!’ they have begun burning it at night. This morning, the school grounds were covered in several centimetres of ash from the burning. I already have severe asthma, and this is making my condition worse.”

Sugarcane in the Ahwaz region

Sugarcane is not indigenous to Iran, but has been cultivated in the region since the 1960s. During the tenure of Hashemi Rafsanjani the government embarked on an ambitious state-subsidized sugarcane-farming project that involved the seizure of thousands of hectares of farmland from Ahwazi farmers whose ancestors had farmed there for generations. Thousands of families were driven into abject destitution as their farmland was converted into vast sugarcane plantations.

These efforts have brought little profit: the sugarcane project has proven economically disastrous, with imports far cheaper than local production. The greater concern, however, is the widespread pollution and environmental devastation it has wrought on a region that was once the breadbasket of the Gulf area. Across the Ahwaz region, in cities like Falahiyeh, Muhammarah and Abadan, massive plantations of palm trees whose produce was famed across the Middle East have either been deliberately destroyed or simply left to wither. Also at serious risk are the region’s flora and fauna, as the Falahiyeh wetlands and the Hor-Azim wetlands are almost completely destroyed.

Sugar refineries are depleting the already scarce supply of river water for their water-intensive processes, and polluting the region’s remaining rivers and streams by pumping untreated chemicals used in the sugar-cleaning and refining process back into the waterways. This leaves the water downstream unusable and high in saline, which destroys the arable lands of the region’s poor Ahwazi farmers.

Then there’s the burning of the sugarcane, which takes place on plantations around the Ahwazi capital and other cities in the region before the May-November harvest. The smoke from burning sugar cane is thick and heavy due to the dense sugar and alcohol content; instead of drifting upward it blows across the land, causing severe and sometimes fatal respiratory and skin problems among the population.

The heavy toll on health

At the end of January, at least three Ahwazi Arabs were reported to have died as a result of respiratory problems caused or exacerbated by the region’s severe air pollution. One of them, 43-year-old Kareem Abdul Khani from the city of Susa, who suffered from chronic asthma, was rushed to the city’s Mafi Hospital on January 21 after complaining of dizziness and difficulty breathing due to the severe pollution in the area, which greatly exceeded usual levels. He died the following day.

The second man, 47-year-old Hamid Hamdian from Mollasani County near Ahwaz city, had been suffering from respiratory disease for some time. He died suddenly after being overcome by severe breathing problems.

The third man, 34-year-old Ahmed Chenani from Hamidieh city, 30 kilometers west of Ahwaz, died from chronic respiratory problems on the night of January 25, after suffocating from the air pollution blanketing the area. Family members who rushed him to the Golestan Hospital in Ahwaz city, said that the lack of adequate medical facilities and the negligence of medical staff contributed to his death.

Rates of cancer in the region are also rising. A member of the medical staff at a hospital in Ahwaz who, like other interviewees, wished to remain anonymous, said that ten years ago the hospital had 40 beds that were largely underused. In recent years, the hospital has become overrun with cancer patients.

All this is a huge price to pay, especially for the indigenous Ahwazi Arabs, who are still denied all but the most menial jobs in sugarcane and oil—the two industries wreaking havoc on their home region‚—while ethnic Persians are brought in from other parts of Iran and offered high wages and modern, purpose-built housing in segregated settlements. Despite being natives of the wealthiest region in Iran in terms of resources, the majority of the Ahwazi people live in medieval conditions under a de facto apartheid system.