An Introduction to #MeToo in Japan 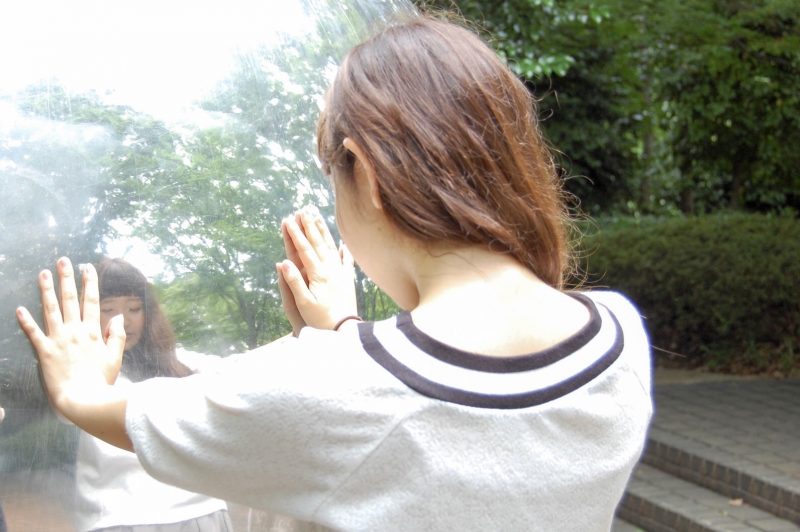 In December 2017, the #MeToo movement finally reached Japan after three women decided to speak out against their abusers. The experiences of these three women provide insights into the challenges Japanese women face when speaking out about their experiences of sexual assault.

While the #MeToo movement is generally regarded to have started in October 2017, when multiple women spoke out about their experiences of being allegedly sexually assaulted by Hollywood movie mogul Harvey Weinstein, the movement got its start in Japan in May 2017 when the hashtag #FightTogetherWithShiori started to trend on Japanese Twitter. The hashtag was created in support of a woman, known simply at the time as “Shiori”, who appeared on television to allege she was sexually assaulted by a well-known journalist in 2015.

In October 2017, thanks to support across Japan and around the world, Shiori Ito decided to reveal her full name and published a book, “Black Box.”

I read Ms. Shiori Ito's “Black Box”. I support Ms. Shiori Ito. While reading, it brought back memories of many things that I couldn't write here. Thank you.

Shiori Ito, who is best known simply as ‘Shiori’, also frequently appears in numerous interviews both seeking justice and to highlight the problem of sexual assault in Japan.

After Shiori's debut in the public spotlight, and as the #MeToo movement in the United States and other countries gained momentum, other women started making their voices heard on social media.

In December 2017, a blogger known simply as Hachu helped bring the #MeToo hashtag to Japan after her story was published by Buzzfeed Japan. Hachu, a popular writer and blogger, revealed that she had been sexually harassed by one of her managers, a well-known creative director in Japan's advertising industry, while she was working at the advertising giant Dentsu.

An article about my own account of sexual harassment and workplace bullying by Kishi Yuki, formerly of Dentsu, has now been published. During the interviews over the past several months, I struggled with whether or not to go public or name the perpetrator, but the #MeToo movement have given me the last push. I’m grateful to all those concerned who have taken the risk to testify.

Hachu's story, which was first published in mid-December, prompted others to share their stories. In late January 2018, a third “#MeToo” story generated conversation on social media in Japan. Web magazine wezzy reported that stage actress Shimizu Meili — who goes by ‘Meili’ on social media and in interviews — disclosed on Twitter that she had been sexually assaulted by her stage producer Takeuchi Tadayoshi.

Tadayoshi produces the stage genre of ‘2.5D’ anime theater which features dramatizations of Japanese manga set to music. Meili met him for the first time on that fateful day. 2.5D theater enjoys a large fanbase so Meili went public with the allegation first by tweeting about her sexual assault but without naming the perpetrator. Meili compiled her own Tweets into a Twitter Moment entitled “The Reason I Cried at the February Performance”.

This is the reason why I cried at the performance in February. Because I was raped, I could only think my body as filthy thing, and I hated it. I contemplated for almost a year to quit my acting career while taking some time off from the activity itself.

After her December Twitter posts went viral, they were picked up by web magazine wezzy. Later that month, when Hachu's #MeToo story was reported by Buzzfeed, Meili felt prompted to name her own accuser. What happened over the next month provides insights into the struggle faced by victims of sexual assault in Japan.

While it was difficult for Hachu to prove that her manager at Dentsu has made sexual advances to her, Shiori and Meili had an even more difficult challenge trying to prove they were sexually assaulted. Shiori's case was dropped after being investigated by prosecutors, while police never even referred Meili's case to prosecutors in the first place.

Shiori and Meili's difficulty persuading prosecutors an assault had taken place is the result of existing Japanese law. According to Japan's “sex “crime law” revised in June 2017, victims are still required to substantiate that sexual assault actually happened by providing evidence of what the law calls “assault or intimidation.”

In an interview with Global Voices (GV), Meili said the police dismissed the case immediately without even interrogating the alleged perpetrator because she could not prove to them that a sexual assault did, in fact, take place.

There were several possible reasons why she could not prove what happened and her experience resembles the ordeal Shiori reports going through with the police when she made her case against her alleged assailant.

In her October 2017 book about her sexual assault, Black Box, Shiori reported that police forced her to reenact her assault using something resembling a crash-test dummy as male officers looked on and took photographs.

Like Shiori, Meili says she was able to produce what should have been a proof of her assault — i.e. security camera footage at the hotel that showed her alleged attacker taking her into a room prior to the assault. However, the police told her that being taken to a hotel with his arms wrapped around her shoulder does not constitute sexual assault and therefore could not be substantiated:

The hotel’s security camera got a clear picture of him taking me into the hotel. But the officer at the police said that they can’t charge him for quasi-rape for just having his arms around me while entering the hotel room, nor could they substantiate that it ever took place. The basis for charging the crime of quasi-rape is that ‘severe’, so they told me. All I could do that moment was cry.

Meili's video footage appeared to be inconclusive to the investigators’ eyes and without any other substantial evidence, Meili's claim was rejected. There was no investigation and no arrest.

“I just wanted to wash away any trace of what happened on that day.”

Part of the reason that ‘substantial’ evidence to prove either Shiori or Meili's attack was hard to find is because material evidence could not be physically obtained.

It is [generally] recommended that it [rape testing kits] be used (preferably) within 24 hours of the attack, under the same clothing, without having bathed or used a toilet.

According to both Meili and Shiori, this is practically impossible because the first thing they wanted to do was to clean themselves. As Shiori wrote in Black Box:

When I returned to my rented flat in Tokyo, I immediately took off the clothes, dumped into the trash the T-shirt that Yamaguchi lent me and then threw the rest of my clothes into the laundry machine. I just wanted to wash away any trace of what happened on that day. I also took a shower, but I had bruises and some were even bleeding. It hurt so bad that I couldn’t even let the water hit on my breast. I didn’t even want to see my own body. (Black Box, pp. 55-56)

In an interview with GV, Meili revealed that she herself did not visit the clinic for treatment within 24 hours of her assault. Instead, Meili visited a maternity clinic nine days after her assault, but before she visited the police to file her complaint. She says she intended to go to the clinic by herself to collect evidence that she thought might be needed for an investigation.

When asked how the police treated her, Meili says:

They rejected my complaint on the basis of insufficient evidence, did not provide any aftercare, and just told me that I should consult a lawyer. That was it.

I didn’t know where the sexual assault support center was located, so I never went. Honestly, I didn't have the energy to look up for it.

In contrast, Shiori states in her book Black Box that she tried to get help from what she believed was Tokyo's only functioning sexual assault support center but because they required a short interview before providing any information, Shiori declined to visit them.

When I called them, they told me to come in for an interview. I asked which hospital I should go to and what kind of tests I should take, but they said they are unable to provide any information without hearing my my story directly.

Resources for survivors of sexual assault are slim

While victims of sexual assault are told to get a DNA test as soon as possible after the attack, such “rape kits” are often inaccessible. Compounding the problem, the social and medical safety nets supporting the victims in Japan are still weak.

“Unfortunately, we were not equipped at the time with the capability to transport Shiori [to our facility]”, says Tanabe Hisako in an email interview with GV. Tanabe is a steering committee member of SARC Tokyo (Sexual Assault Relief Center Tokyo), the only emergency relief center dedicated to sexual assault victims in Tokyo. Along with SACHICO (Sexual Assault Crisis Healing Intervention Center Osaka), SARC Tokyo is one of Japan's first true 24/7 sexual assault crisis relief centers.

According to Tanabe, SARC Tokyo is intended to act as a “one-stop relief center” in order to connect sexual assault survivors with medical facilities that can provide assistance.

That was the reason behind why we asked Shiori-san to come to SARC […] Unfortunately, we were not equipped with the capability to bring her in at the time. If she has reported to the police, with their mobility, they could have send out a car to pick her up. […] Today, however, we can guide the victim to a partner medical institution and SARC staff can be dispatched for immediate on-site assistance. And that's how we operate today.

Since Shiori's experience nearly three years ago, there are more resources for survivors of sexual assault in Tokyo, says Tanabe.

In July 2015, SARC Tokyo was able to increase its full-time staff thanks to initial funding from the Tokyo Metropolitan government; this, of course, could not help Shiori who reported her assault in April 2015. The national government also has plans to establish sexual assault relief centers in each of Japan's 47 prefectures. According to Ms.Tanabe, forty of such institutions have already been established, but the total budget is just 163 million yen (roughly US$1.5 million).

One of the good things about establishing SARC Tokyo was that while many of the victims remain silent and are still living in pain, calls from not only those who had been victimized in the past but those who have just been victimized has begun to increase.

As part of her interview with GV, Meili wanted to send a message to the survivors of all forms of sexual assault. To all the still unheard “MeToos” around the world:

You might feel lonely. You might not want to live anymore. And you might hate yourself for thinking that way. But the reason you think that way is because what happened you was that traumatic for you. So when it's hard for you, say it out. Seek out help. You are not alone. Never.