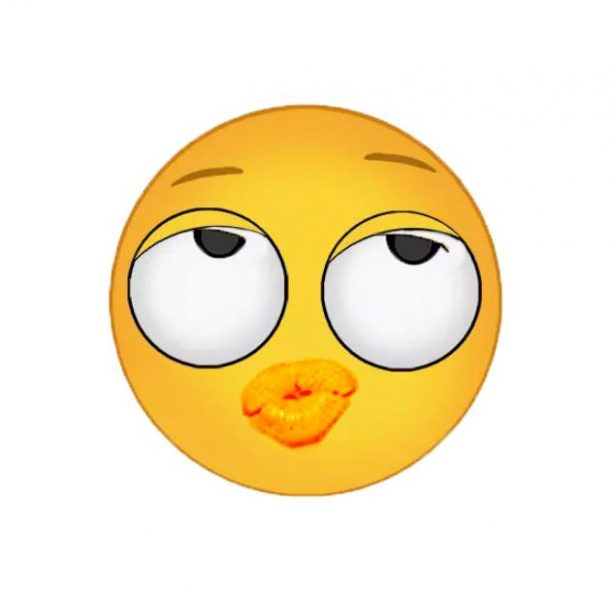 The long-awaited “steups” emoji, designed by Trinidadian photographer Sarita Rampersad who shared it on Facebook with an invitation for netizens to use it.

For some time now, social media users from Trinidad and Tobago — and perhaps even users across the region — have been agitating for a Facebook “steups” button.

What exactly is a steups? Simply put, it's the noise that happens when you suck air past your teeth, and it is accompanied by an exasperated facial expression — complete with lip pursing and eye-rolling — to express disapproval, criticism or objection.

The louder or longer the steups, the more irritated the person is and, given the abundance of topics that regularly make Trinbagonian Facebook users suck their teeth, the need for the “steups” emoji is serious.

There was widespread hope that the request would reach Facebook via Maxine Williams, the company's Head of Diversity, who is Trinidadian and gave an open lecture at the University of the West Indies’ St. Augustine campus last year on the topic of “Social Media and the Creation of Global Communities”.

Williams herself posted about the experience:

Lovely evening at the University of the West Indies, St. Augustine Trinidad campus. It's a special treat to be on home turf, with folks who raised you up, sharing the common understanding that the choice is not a binary one of ‘local’ versus ‘global’. We can think global and act local with the benefit of everything the world has to offer through connectivity and social connection.

And maybe therein lies the urgency of the “steups” emoji. When it comes to social connection, Caribbean netizens often want to put their unique stamp on their online interactions via the virtual “steups”.

Following the event, at least one Facebook user reported that she had told Williams of the “steups” emoji request — so although April 2018 marks a year since Williams’ lecture, there might still be a possibility that the social networking giant will come through.

However, photographer Sarita Rampersad, an avid Facebook user, decided that Trinbagonians had waited long enough: she designed a “steups” emoji and posted it on her Facebook page with the comment:

Up to the time of this writing, her post had attracted more than 150 “Likes”, and 65 “Shares”. Commenters were very complimentary, confirming that they plan to use the image when commenting online.

The roll of the eyes give it emphasis ….??

Wish u could put some sound to it!! True Trini lips!!

Order of the Republic for you, oui.

When one commenter asked Rampersad whether she planned to protect the intellectual property on the “steups” emoji, she replied: