‘The Educational System Has Failed Us': The Grief and Frustration of Jordan's Unemployed University Graduates 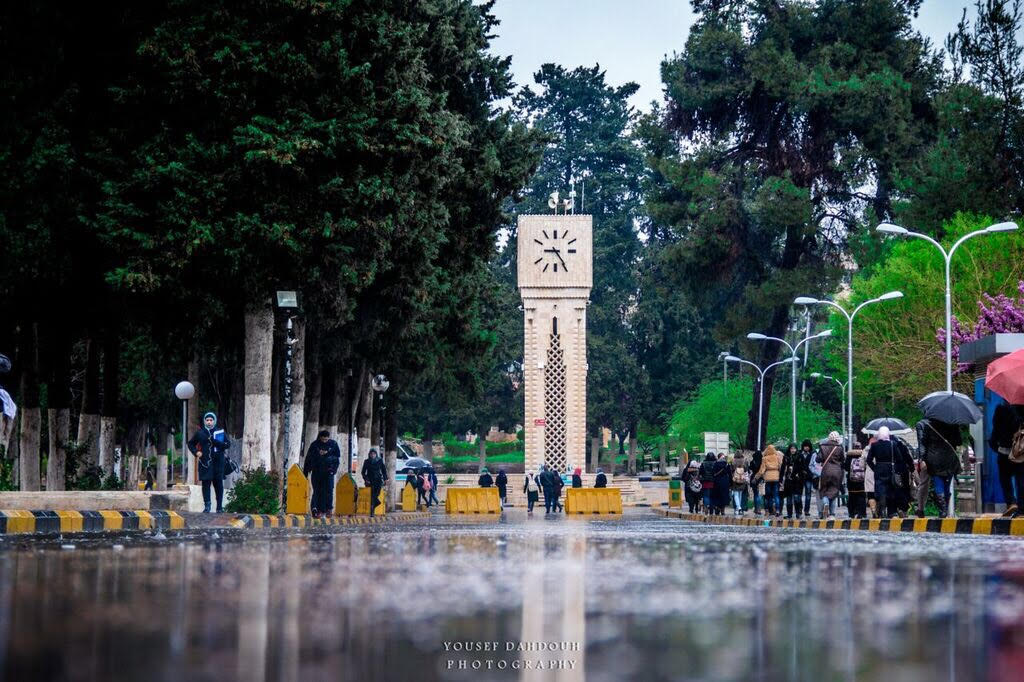 The Clock Tower, a landmark at the University of Jordan. Photo by Yousef Dahdouh. Used with permission.

The year of 2017 brought with it an unfortunate rise of unemployment in Jordan, hitting a peak of 18.5%. The future does not look so bright either, with 2018 promising an even bigger rise.

For university degree holders, the situation is worse than that of the general population: 23% are unemployed. Of those graduates who are jobless, 27% are men, while 68% are women.

Tuition fees have skyrocketed in recent years, but those who manage to pay aren't guaranteed a decent living at the end of the academic road. Graduates who Global Voices spoke with complained that while at university they had to navigate politics and confusing government job advice, and afterward they have found themselves stuck with menial and underpaid work — or no work at all.

“My education has, if anything, hindered my employment,” Lara Mohsen, a former student at Al-Balqa Applied University, told Global Voices.

The education that Lara and many more are referring to is that provided by public and private universities. Since the form of government in Jordan is a parliamentary monarchy, the students have to deal with ever-changing admission policies, with each government either building on or completely changing the policies of the one before it.

Moreover, students often find themselves witnessing dangerous tribal clashes on campus since tribal rule is predominant in Jordan and the inner problems of tribes can often find their way into educational institutions through youth.

Yazan Bahbouh, who graduated as an accountant from the University of Petra, told Global Voices that he couldn't see the benefit of his degree:

I graduated as an accountant from the University of Petra, and I got offered a job at a private company almost immediately. I was above the clouds, since it is uncommon for a recent graduate to land a job so quickly. The first day on the job, I realized I would be counting boxes for inventory. A job that I would be performing alongside high-school drop outs at the very same company. I resigned only a few weeks after. I couldn’t handle getting paid even less than my colleagues who drive the vans, given that they make more on tips than I, a person who has spent 4 years of his life getting an education.

Dana, a pharmacy graduate, told Global Voices that she was exploited at her job to do extra work that is not in her job description:

After five years of college, I graduated as a pharmacist. I found a job at a local pharmacy that had a vacancy and started working right away. One week into the job, I found out that I must take turns with my other colleague who has the night shift to wipe floors, and dust shelves. I thought ‘great, I really needed continuous four-hour lab training lectures for this’ and left the job immediately.

The story of Yazan and Dana are not unique. University graduates often refuse jobs that they consider beneath their level of education, but with 100,000 new graduates looking for jobs every year, the positions that Yazan and Dana refused could easily be filled by many others desperate for them.

The difficulty of navigating the market's ‘continuously changing’ needs

Taima, a graduate in translation from Yarmouk University, said that she gets paid as much now as she did during her freelancing years as a student:

I used to work as a freelance translator while I was still a student. A lot of translation bureaus would demand a degree in translation, so I would revert to translating for individuals who just wanted a one-time kind of service. I thought that once I graduated I would be able to land those bureau jobs and make a better living. You would be shocked to find that I now make the same amount as I did as a student.

A [translation] bureau once told me that there is an ‘overflow’ of translation and language graduates. Later on, I realized I should have contemplated more carefully what to study, since the market needs are continuously changing.

Jordan's Civil Service Bureau issues annual reports on the specializations needed most in the job market, and what sectors of the market have reached full employment. The agency also sends advice to the Ministry of Higher Education as to what majors are not needed in the market and thus should be shut down, and what majors should accept lower student numbers.

However, universities and students are often skeptical of such reports, given that they are issued by the government, which many view as being responsible for the unemployment problem to begin with.

The reports often advise universities to exterminate majors that are not required in the public sector (such as psychology), even if there might be demand for them in the private sector. Moreover, a specialization might not pay off in Jordan due to the current state of the economy, but could be lucrative elsewhere.

For example, take Rawan, a dual citizen of Jordan and the US. After graduating from the Jordanian University of Science and Technology with a degree in veterinary medicine, Rawan was left unemployed for about a year, and has now decided to move back into the US:

I love my country, and I love living here [in Jordan], but I also cannot stay without work forever. I really thought I would move here for good, but the circumstances are not in my favor.

And there are other holes to be found in the bureau's advice, such as the fact that many people choose to avoid studying a major, whether it's officially recommended or not, that would require them to open their own businesses, as the trade policies that the government makes have been proved as ineffective.

The University of Jordan recently created a new major within its foreign languages faculty, a move which goes against the bureau report, which advised that universities decrease the number of students accepted into the specialization over the next five years.

The new and competitive program at the University of Jordan charges 60 Jordanian dinars (85 US dollars), which is three times the amount of any other in the faculty. Opening a new major with triple the charges in a faculty whose degree is said to be redundant by the government is quite the opposite of abiding by the report's findings.

The consequences of Jordan's nationality law in higher education

Jihad, the son of a Jordanian mother and a Yemeni father, faces an even bigger problem. Born and raised in Jordan, Jihad is still considered Yemeni because the law in Jordan only allows Jordanian nationality to be passed down through the father.

Therefore, he is required to enroll under the international program at the University of Jordan. Although he passed the national Tawjeehi (the general secondary examination that grade 12 students must take in order to apply for university admission), he is still required to register as a foreigner, and pays 500 US dollars per credit hour while his colleagues enrolled in the competitive program pay 45 Jordanian dinars (63 US dollars).

Jihad works a job at a local medical center, earning 550 Jordanian dinars per month (500 US dollars). At that rate, he would have to work for approximately 22 years to pay for his education (that is, of course, only taking into account the official credit hours of the program, and excluding the cost of books, allowance, and added registration fees).

“I could open a whole hospital with the 132,500 US dollars that his education is going to cost me,” Jihad’s dad joked.

Luckily for others, new regulations issued in 2017 would give the children of Jordanian mothers and foreign fathers the same higher education privileges as Jordanian citizen, although that won’t be of much use to Jihad and the others whom have applied for universities before then. Moreover, Syrian refugees and non-Jordanian passport holders who were born and raised in Jordan (people who migrated to Jordan from Gaza in the 1948 and 1967 Israeli-Palestinian wars, for example) are excluded, and thus still have to enroll in the international program.

Discrimination against people with disabilities in the job market

The stories of students who struggle with unemployment are abundant, but some face additional challenges like disabilities.

Hakeem is a short-sighted student who studied finance at the University of Jerash. After struggling through high school and university, he finally graduated with a 3.2 grade point average in 2015. He remains unemployed until this very day, as companies would prefer hiring one of the many candidates who do not have a disability to deal with.

Hakeem's childhood friend, who has himself regularly switched jobs ever since he graduated, told Global Voices that he hoped an education would help his friend:

I wanted [Hakeem] to get an education because I believed that he and I would have an equal chance to both study and work, but the educational system has failed us.

These stories paint a picture of joblessness in Jordan as experienced by university graduates, who invested money into a degree that they thought would bring them gainful employment, but that instead left them with disappointment in the real world and consequently in one’s country and self.