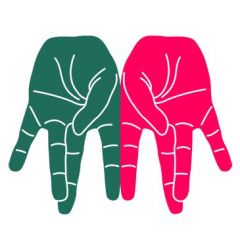 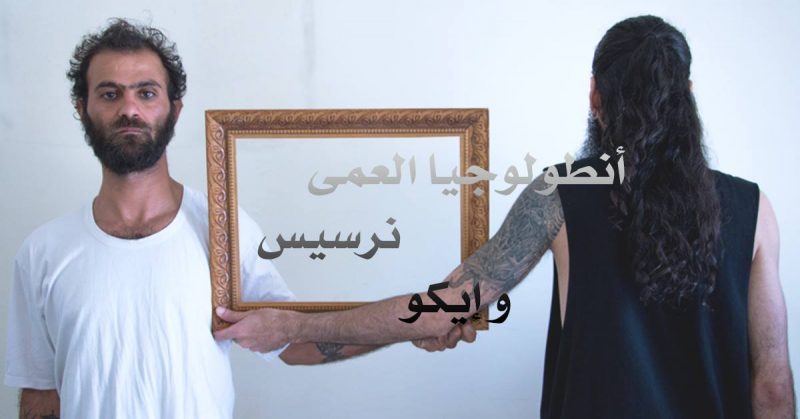 The following is a post originally published by Mangal Media. It is republished on Global Voices with permission.

Emerging artists, curators, crazy scientists and anyone seeking the exchange of ideas, there's an exciting new venue in the city of Haifa, one that aims to be a safe haven for experimentation and alternative art.

Manjm (منجم), which translates as a “mine” or a “rich seam,” is an artistic laboratory which attempts to defy all expectations. Situated next to the Haifa Train Station (once part of Hijaz railways), the Al Istiqlal mosque, King Faisal Monument, Haifa Flea Market and the Wadi Salib Neighbourhood. Manjm was founded by founders Rabia Salfiti and Tamer Kais, who conceived the space as a “Temporary Autonomous Zone” in a nod to poet and anarchist Hakim Bey. 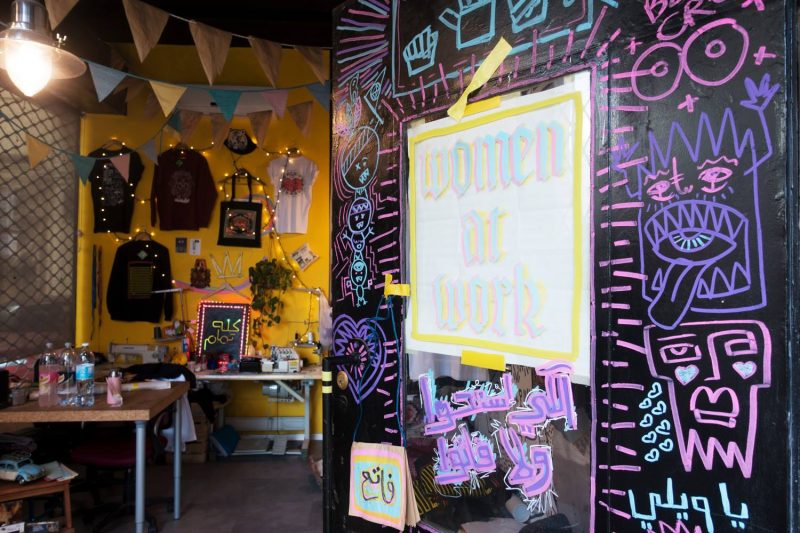 Manjm is a deep and welcoming basket for ideas. The creative space’s programmes include an art gallery and a laboratorium — a space to explore the vast world of art and culture through the lens of various viewpoints in activities ranging from storytelling sessions, workshops, discussions, talks and interactive experiences. Other programs include secret dinners, and underground film and movie screenings organised by curators rotating each month. At the end of each screening, a discussion and an art performance take place. Assisting the powerful founding quartet is a stream of friends who volunteer to make things happen.

“When walking into the space you feel as if it is still a work in progress, and this is exactly how we want it to be, you’re walking into an unfinished gallery, a space where you can easily try out things. This is how a community is built,” says Rabia Salfiti, one of the founders and a conceptual avant-garde artist. “An unfinished space invites people to contribute, to be at ease and to feel part of the place.” 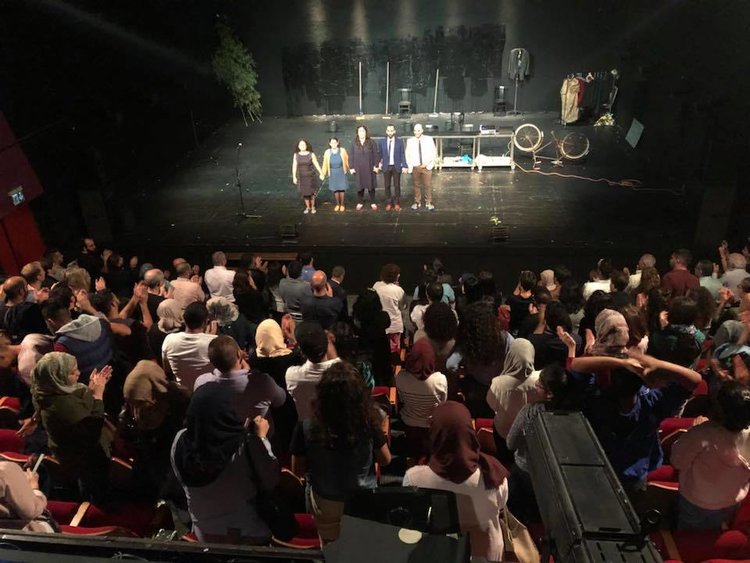 Creating collective momentum is vital for Manjm. The space is funded through a mixture of grants and contributions from its founders and it depends on community participation to spread the workload.

The wooden floor — laid by the founders and their friends rather than professional craftsmen — testifies to the groups determination to create a space reflective of their own ideas and collaborative will.

“Unapologetic and authentic art and culture”

Haifa, the city of 300,000 people that hosts Manjm, is part of the modern-day state of Israel that is nestled firmly within the boundaries of historic Palestine. The city has seen a Palestinian art and culture boom in recent times, as Palestinian residents of the city are reclaiming culture, identity and space.

As is typical in settler colonial states, Israel is appropriating Palestinian art and culture and serving it back again to Palestinians, stripped of any signs of identity and belonging. This is where Manjm wants to provide its independent, unapologetic and authentic art and culture. 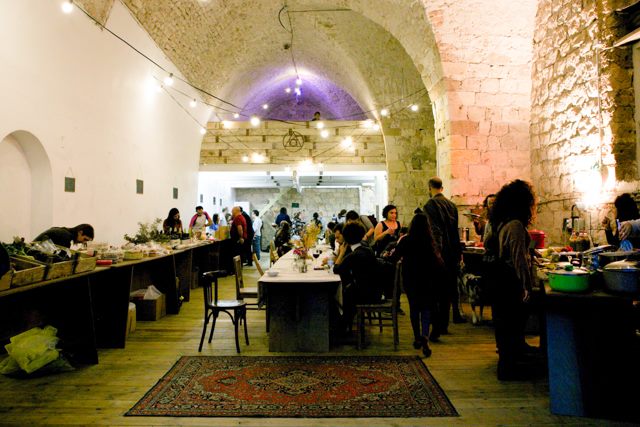 Other Haifa institutions that share the same cause as Manjm include Kabareet, a bar and a night club founded by the underground group Jazar Crew; The Khashabi theater, an independent collective of Palestinian theater makers; The Scene Music Bar; Haifa Independent Film Festival; and a number of other independent and underground workshops and zines. These institutions are all are working together to decolonize the minds and souls of Haifa’s residents.

This is an organic and a natural process, a product of a natural harmony, and the continuation of Haifa in the 1930s and 1940s, when pan-Arab cafes and clubs prospered across the city. This was cut short by the Israeli settler colonialism — the Nakba — in 1948. 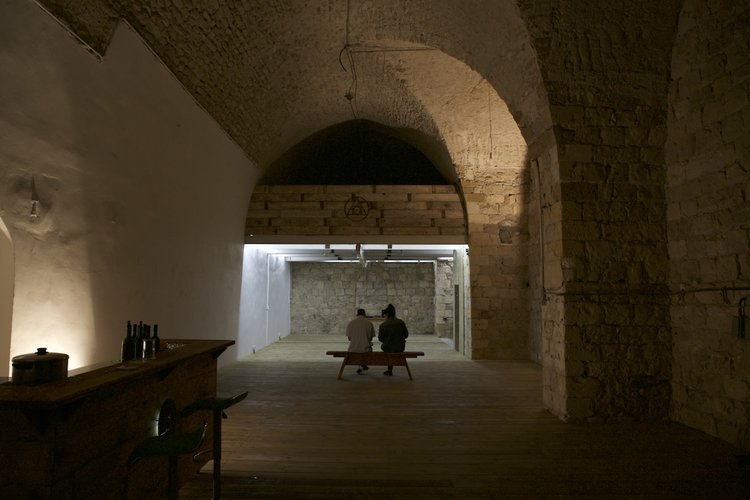 Manjm invites all the “wild children” from all over the world to take part. In the words of American poet and anarchist Hakim Bey, “Wild children are the only ones who actually wish to share the mischievous destiny of those savage runaways or minor guerrillas rather than dictate it, the only ones who can understand that cherishing & unleashing are the same act–these are mostly artists, anarchists, perverts, heretics, a band apart (as much from each other as from the world) or able to meet only as wild children might, locking gazes across a dinner table while adults gibber from behind their masks”.

In its two months of existence,  the venue has managed to host two art exhibitions (each lasting a month), a Palestinian food market (called the Kayan Project), two film screening evenings (Cinema Al Bahja), and five workshops and experimental art events. An official launch event is slated to take place on the February 27, 2018.

At this pace, it seems Haifa is going to be very beautiful and vibrant this summer.