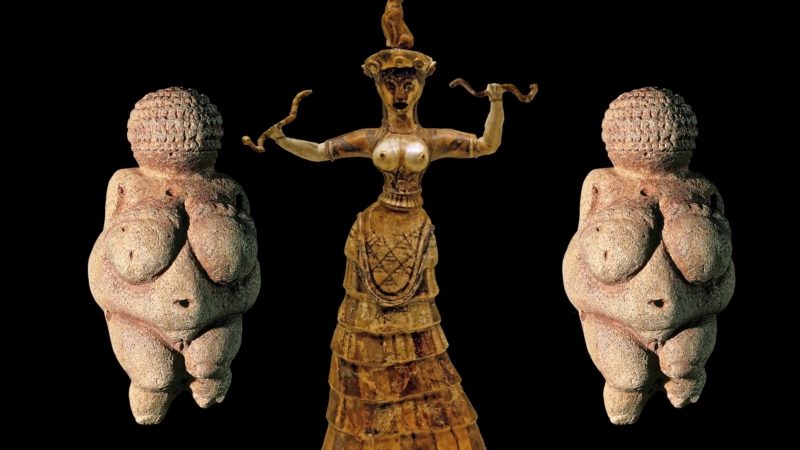 Screenshot from the song sequence “You Gotta Believe” by Nina Paley on Vimeo.

Global Voices interviewed American free culture activist and filmmaker Nina Paley about her new animated film “Seder-Masochism.” It is loosely based on the Book of Exodus from the Torah/Bible and exposes the veiled patriarchy in the religious text.

Creative Commons licenses
Creative Commons (CC) licenses are a set of licenses that facilitate the sharing of creative works. The CC0 license is the most open of all the licenses, and allows users to use, share, and make derivatives, and use the original/derivative version for even commercial purposes without any attribution. On the other hand, Creative Commons Non-Derivative Non-Commercial CC-BY-ND-NC is the most restrictive of all CC licenses and is close to “All Rights Reserved”.

Paley is the director of the 2008 full-length animated film “Sita Sings the Blues” which she released to the public domain in 2013. The film narrated the Indian epic poem Ramayana by using the 1920s jazz songs of Annette Hanshaw. It brought Paley worldwide fame because of its feminist interpretation of the epic and her long battle against the copyright claims tied to the songs of Annette Hanshaw used in the movie. Paley had to pay a negotiated amount of at least US$50,000 by loaning the sum. She eventually reclassified the film’s license from Creative Commons Attribution-Share-alike 3.0 Unported (CC-BY-SA 3.0) to Creative Commons CC0 (equivalent to public domain).

In an interview with Jewish podcast station Judaism Unbound, Paley said that “Seder-Masochism” is her take on the Exodus, which she first learned during Passover Seders. The Passover Seder is a Jewish ritual that involves the retelling of the liberation of Israelites from slavery in ancient Egypt. She added in the interview that “she identifies herself as a “born-again atheist” and explains the ways in which her recent study of the Book of Exodus has left her uncomfortable.

Several songs and scenes from the film “Seder-Masochism” have been uploaded by Paley to the Internet including the song sequence “You Gotta Believe” which turns Minoan stone goddess idols into flash animation. It features Moses and “singing” ancient goddesses who find themselves about to be defeated by patriarchy.

Global Voices reached out to Paley to learn more about her second film.

Subhashish Panigrahi (SP): First of all, congratulations on your upcoming work. What are the roles you're playing in the entire production? What is the movie about?

Nina Paley (NP): Once again I'm producing, directing, writing, animating, everything-ing…I'm hoping the sound designer for “Sita Sings the Blues“, Greg Sextro, is able to do more sound design for Seder-Masochism. The music is all “found” and used without permission [at the moment]. Much or all of my use is Fair use, but ultimately that can only be determined in court.

Seder-Masochism is about the Book of Exodus from the Torah/Bible, and indirectly the Quran (Moses is a prophet of Islam). My interpretation of Exodus is that it's the establishment of complete patriarchy, the elimination of any remaining goddess-worship from older times.

Some of clips from the feature-in-progress are here.

SP: What inspired you to start this project?

NP: Sita Sings the Blues was denounced by fundamentalists who called my collaborators “self-hating Hindus.” As a Jew, that rhetoric was familiar to me – Jews *invented* that “self-hating” nonsense. Since I'm not a Zionist, I've been called a “self-hating Jew” too. Also, the Hindutvadis called me a “white Christian woman who hates Hindus”, and sent hate emails saying “how would you like it if someone made a film about YOUR religion?!” Of course I love it when someone makes a good film about Abrahamism - Monty Python's Life of Brian is the best I can think of.  I was (am) also frequently accused of “cultural appropriation“, implying that only those of Hindu/Asian descent are qualified to work with Hindu/Asian stories. So it seemed that everyone, right and left, wanted me to make a film about “my” religion, Judaism! I figured if they're offended by Sita Sings the Blues, they'll be REALLY offended by that. I printed up a Jew Card so I could “play” it for this project.

SP: The song is hilarious! How did you bring the thousand-year-old stone idols to life?

NP: There are already goddesses in the Flash sections of Seder-Masochism I animated a couple of years ago. I needed to put more “goddess” into the film, and was tediously redrawing the Flash goddesses in Moho, the software I'm using now. It occurred to me that instead of redrawing them I could use the source images they're based on, I spent a few days finding the highest resolution images I could, and a few more days manually removing the backgrounds in GIMP. Moho can do things Flash can't, such as this type of animation with raster images. Anyway, they looked cool so I'm using them in the remaining Seder-Masochism scenes.

The goddesses in flash animation can be downloaded on Wikimedia Commons.

As Paley is producing the film on her own, she is also working with other free culture activists like the United States-based nonprofit QuestionCopyright.org to raise funds, apart from launching a Kickstarter campaign. She is uploading segments of the film publicly on the Internet as the film is being developed.

A previous version of this article incorrectly identified the origin of the goddesses. They are Minoan, not Egyptian.