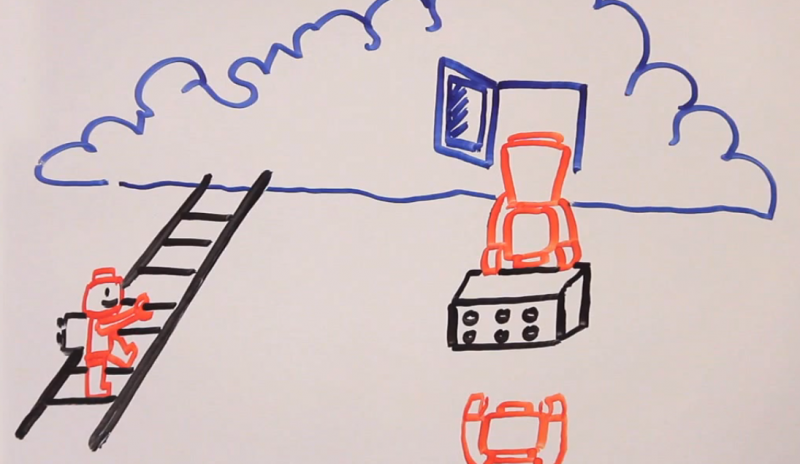 Seven local civil society organizations are suing the Cameroonian government for imposing an internet shutdown on the country's two Anglophone regions for more than three months in 2017, just before both regions planned to make a symbolic declaration of independence. Besides imposing the long-term internet shutdown (along with several shorter shutdowns of platforms such as Facebook and WhatsApp), the government deployed security forces who clashed violently with Anglophone activists.

Cameroon's Veritas Law Offices, working with international NGO the Media Legal Defence Initiative, instituted two separate court actions challenging the internet shutdown in the two English-speaking regions of Cameroon. The respondents include the State of Cameroon, Cameroon Telecommunications (CAMTEL), the Ministry of Post and Telecommunications, and several telecommunications companies in the country.

The suit aims to not only seek reparations for the shutdown, but also help counter the growing trend of using internet shutdowns for political gain.

Other digital rights groups have also filed briefs in support of the suit. Internet Sans Frontières and Access Now.

Peter Micek, General Counsel of Access Now, said of the suit, “Cameroon’s courts have the opportunity to set a global precedent in favor of human rights and the rule of law. By declaring the government’s shutdown order a discriminatory, unnecessary, and disproportionate decree, issued under flawed procedures, the court can provide remedy to Cameroonians and light a path for victims of shutdowns elsewhere.”

The Collaboration on International ICT Policy in East and Southern Africa (CIPESA) estimates that internet shutdowns in 2017 cost the Cameroonian economy USD $1.67 million per day.

More recently, the Philippine National Telecommunications Commission approved a request by the National Police to shut down mobile services during the Dinagyang festival in the Visayas island region on January 27-28, 2018.

In January 2018 alone, similar network shutdowns were imposed during the Feast of the Black Nazarene, Sinulog, and Ati-atihan festivals, writes the Foundation for Media Alternatives (FMA).

The FMA opposes network shutdowns because they violate the right of free expression and access to information, not to mention access to communication networks, which are vital to public safety. The non-profit group also notes there is little evidence that this tactic leads to greater security.

Turkey’s Interior Ministry announced on January 29 that authorities had arrested and detained 311 people that it had identified as having made social media comments criticizing Turkish military efforts to push a Kurdish militia out of Syria's northern Afrin region. Among the detainees, who authorities say were spreading “terrorist propaganda”, are journalists, activists and opposition politicians.

Chanoknan Ruamsap, an anti-junta activist and member of the New Democracy Group, received a police summons on January 18 indicating that she was being charged under Thailand’s notoriously harsh lèse majesté or “royal insult” law for sharing a BBC article profiling King Vajiralongkorn. She had shared the article in December 2016. Upon reckoning with the maximum prison sentence that she could face — 15 years behind bars — the young woman elected to flee the country. She told independent news outlet Prachatai, “I had less than 30 minutes to decide whether to stay or to leave. What is difficult is the fact that I won’t return after this journey.”

A Myanmar man is facing threats online after being arrested arbitrarily by the police and posting about it on Facebook. Police responded with a Facebook post in which they accused the man of fabricating the incident and revealed his name and religion, which is Islam. Given ethno-religious tensions in Myanmar, his left him vulnerable to further online abuse. Though the station has since deleted the post, hate speech comments directed at the man have become more prominent in recent days. Yangon Police say they will conduct an investigation in response.

The #MeToo movement is catching on in China despite the censorship of phrases like “anti-sexual harassment” on social media platforms. Following the dismissal of prominent Beihang University professor Chen Xiaowu over multiple allegations of sexual misconduct, students and alumni from dozens of universities across China are advocating to establish official policies against sexual misconduct in universities (which are very uncommon in China) using the hashtag, #EveryoneIn. Though similar calls have been made in years past, no concrete policies have been introduced thus far.

On January 24, the government of St. Lucia announced the installation phase of the Government Island-Wide Network—a USD $4 million project to establish public internet access across the Caribbean island. The network will provide free or low-cost wireless connection in public areas for both residents and visitors. The project is a partnership with the government of Taiwan, which is contributing USD $3.28 million in funding. The network is expected to be installed within three months.

A new investigative piece by Vice Argentina shows that while the public WiFi network of Buenos Aires’ subway system is indeed free of charge, it collects a barrage of personal data about the user, including the person’s name, home address, phone number, national ID number, geolocation data and — depending on their device settings — potentially much more, including photographs.

Strava is tracking fitness — and a whole lot more

When the company that owns the fitness tracker app Strava published a series of heat maps showing where its users were most active, it inadvertently revealed the locations of secret military bases. The company says that the data was made public because users allowed the app to capture this information, arguing that they ought to have “opted out” of tracking while in military zones. The Guardian also reported that the Strava website “allows users to drill down into the tracked runs to find the names of individuals”, raising additional personal privacy concerns.

Want more Twitter followers? You can buy them from Devumi.

A New York Times investigation into the obscure US-based company Devumi examines the dark underbelly of social media identity fraud. The firm sells bot accounts to anyone who wishes to “exert influence” in their social network and appears to have used the names, profile pictures, and other personal data of actual Twitter users to create more than 50K fraudulent accounts that it then sells for profit.

CORRECTION [February 5, 2018]: The original version of this report identified Access Now and Internet Sans Frontieres as the NGOs leading the lawsuit regarding internet shutdowns in Cameroon. In fact, Cameroon's Veritas Law Offices and the Media Legal Defence Initiative are leading the suit. Along with multiple local organizations, Access Now and Internet Sans Frontieres have filed briefs in support of the suit.