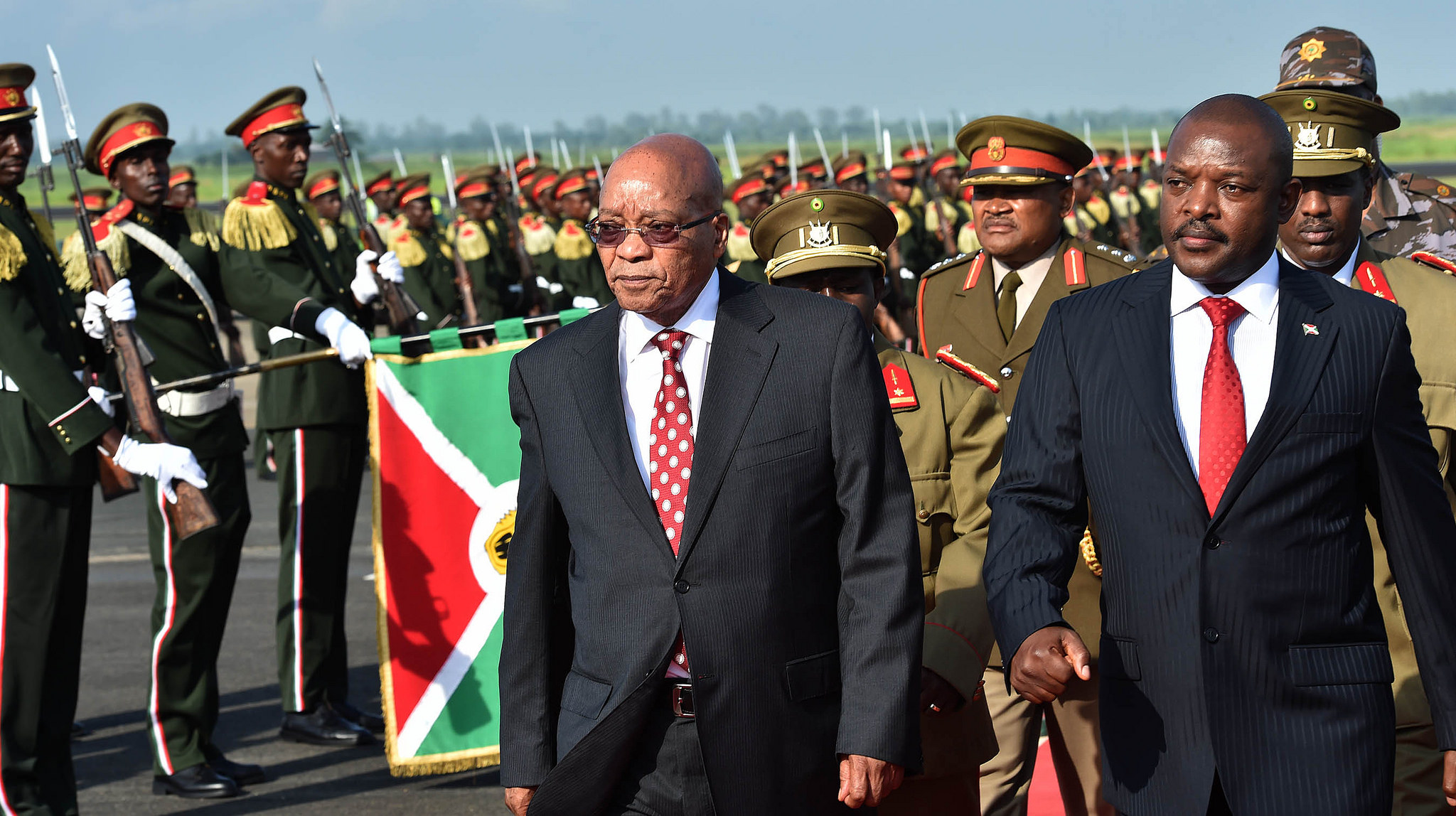 In 2015, Burundi's President Pierre Nkurunziza won a third term in office, despite the constitution being widely understood to hold a two-term limit. His controversial re-election sparked protests, a failed coup. and sporadic rebel attacks, leading great numbers of Burundians to flee as refugees, alongside many opposition members, activists, and journalists.

The government is now moving towards a referendum, scheduled for May, on constitutional changes which could allow Nkurunziza to remain in power until 2034. Elections are slated for 2020.

The amendments would allow the incumbent president two more terms, extend the length of presidential terms from five to seven years, and reduce the parliamentary majority to pass legislation. They would also possibly ban coalitions of independent politicians, a significant move, as in 2015 the Amizero y’Abarundi independents coalition was the major opposition.

Critics see the proposed changes and the upcoming elections as the culmination of efforts by ruling party hardliners, including Nkurunziza, to consolidate control over the state. In a letter, several parties called for international action, and the CNARED opposition coalition called for a boycott and for the project to stop.

However, officials dismiss this as manipulation, arguing it is a democratic exercise to update the constitution.

Furthermore, opponents have been complaining of intimidation and arrests to stifle campaigning in support of a “no” vote on the referendum.

In 2014, similar changes to the 2005 constitution narrowly failed passing parliament. Afterward, ministers stated that Nkurunziza's first term, from 2005 to 2010, did not count regarding the constitution's two-term limit as he was indirectly elected by lawmakers, not the people, and that the 2015-2020 term would be his last.

The Constitutional Court, reportedly under intense pressure – the court's vice-president, Sylvère Nimpagaritse, fled the country – validated this in May 2015, ahead of the election which Nkurunziza won with nearly 70% of the vote.

In October 2017 ministers announced this referendum, saying the changes were the people’s recommendations from government-run dialogue sessions. However, the Belgium-based non-governmental organization International Crisis Group called these sessions a “sham” that mostly echoed official positions, given the “climate of fear” around political discussion, as Human Rights Watch described.

Like many opponents, CNARED spokesperson Pancrace Cimpaye had tough words. He argued the changes would damage both the constitution and the Arusha Accord, the agreement that was key to ending the 1993-2005 civil war, but which ruling CNDD-FDD party leaders are sceptical of:

The referendum’s popular legitimacy may be a struggle given ongoing diplomatic divisions, ineffective dialogue, and the 400,000 Burundians still in refugee camps (government ministers dispute the United Nations’ refugee agency numbers, though, accusing it of manipulation).

As well, since 2015 numerous reports have also documented assassinations, torture, and rebel violence, as well as systematic repression of dissent and media.

In December 2017, President Nkurunziza warned that campaigning or acting against the proposals before the campaigning period was a red line, and Vice-President Gaston Sindimwo said it would “sow disorder”. The government’s current campaigning, however, is framed as simply “explaining” the changes.

The open campaigning period will be 14 days before the referendum, and any campaigning before is illegal, Prosper Ntahorwamiye, spokesperson for the Independent National Election Commission (CENI), stated. However, he also said CENI is unable to prevent officials campaigning alone for “yes” before the authorized period.

And official voices have already backed “yes”, including the Interior Ministry’s Thérence Ntahiraja, and Ombudsman Edouard Nduwimana. SOS Médias Burundi, an “underground” journalist collective, reported that provincial Governor Gad Niyukuri warned against “detractors” and threatened arrest for those campaigning “no”.

Agathon Rwasa, National Assembly vice president and an opposition leader, has denounced intensified harassment of opposition supporters. In fact, numerous of his own supporters were arrested, accused of planning to campaign for “no”. In a letter Rwasa criticized demonizing labels such as “anti-sovereignty” used to label those opposed to the proposed amendments.

On 5 January, civil society organizations – all of them officially delisted, suspended, or unrecognized in Burundi, including Aprodh, Ligue Iteka and Focode – launched a counter-campaign from exile called “Teshwa ute”, which Iwacu newspaper translated as “stop, do not dare”. The Interior Ministry rejected it as misinformation based on mendacious reports.

Just as contentious, a ruling in December 2017 announced citizen “contributions” to election finances – “crowdfunding”, as Yaga blogger Alain Amrah Horutanga remarked. It is described as voluntary, but contribution amounts were set according to employment categories, and civil servants were called to submit explanatory letters if not contributing.

The Minister of the Interior and Patriotic Education Pascal Barandagiye officially launches the legal framework organizing the contribution to 2020 elections. Citizens will contribute according to their status

Foreign donors withdrew from the controversial 2015 elections, and the president has since said self-financing elections demonstrates independence. This comes, though, while insecurity and sanctions have hit everyday life, from inflation to petrol shortages and austerity government budgets.