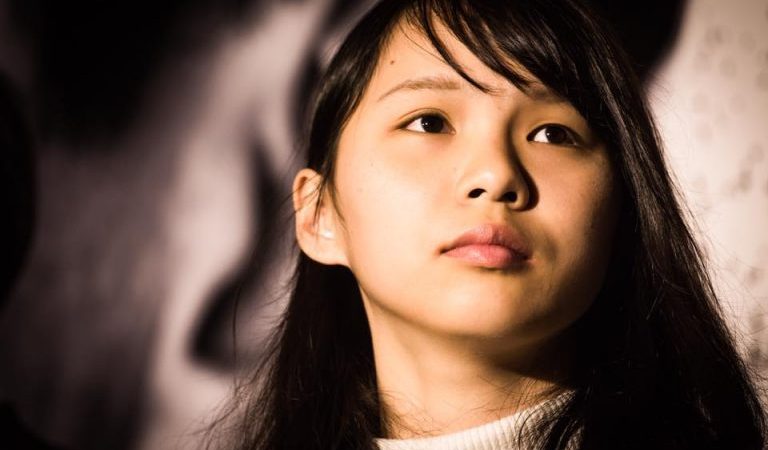 This post is a compilation of a number of reports from Hong Kong Free Press by Kris Cheng, Karen Cheung and Jason Ng . It is published on Global Voices under a content partnership agreement.

On January 26, Hong Kong's government barred pro-democracy activist Agnes Chow from running for a seat in the upcoming Legislative Council by-election for her political affiliation with Demosisto, a group which advocates self-determination for Hong Kong, a special administrative region of China.

The by-election, which is scheduled for March 2018, is meant to fill four of the seats left vacant after six pro-democracy lawmakers were disqualified in July 2017 for having modified their oaths of allegiance to China during their swearing-in ceremonies. Two of the appeals are still being processed by the court

In order to win back the seats, the pro-democracy political camp (also known as pan-democrats) held a primary to choose the candidates in the Western Kowloon and Eastern New Territories districts. As for the Island District, through internal coordination, Agnes Chow was selected as a primary candidate, with Au Nok-Hin as the second choice.

However, Chow was subsequently disqualified from participating in the by-election by an election officer upon consultation with the justice secretary.

In a statement issued on January 27, the Hong Kong government explained why they viewed her affiliation with Demosisto as problematic:

‘Self-determination’ or changing the HKSAR [Hong Kong Special Administrative Region] system by referendum which includes the choice of independence is inconsistent with the constitutional and legal status of the HKSAR as stipulated in the Basic Law [as Hong Kong's mini-constitution is called], as well as the established basic policies of the [People's Republic of China] regarding Hong Kong.[…]

The candidate cannot possibly comply with the requirements of the relevant electoral laws, since advocating or promoting ‘self-determination’ is contrary to the content of the declaration that the law requires a candidate to make to uphold the Basic Law and pledge allegiance to the HKSAR.

It is true that Joshua Wong, a leading figure in Demosisto, once argued that “independence should be one of the options inside the self-determination referendum.” However, Chow herself has stressed on various public occasions that supporting self-determination is different from supporting outright independence. She clarified her stand again in an interview with Hong Kong Free Press on January 25:

Demosisto advocates self-determination, which is about civil liberties, universal suffrage, and the ability to make life choices and not follow rules made by big businesses working in cahoots with the government. It’s completely different from advocating independence.

It is not the first time election officers have invalidated a candidacy. However, in most instances the candidates were given chances to clarify their political stances. In 2016, an election officer barred Edward Leung from running in the legislative election for his public statements and Facebook posts in support of Hong Kong's independence from China.

In Chow's case, the election officer in charge did not point to any specific public speech or act that violated the Basic Law, but simply said that the decision was informed by the interpretation issued by Beijing in November 2016 of Hong Kong's Basic Law Article 104, which describes oath-taking.

In that interpretation, Beijing emphasized that public officers must pledge allegiance to the People’s Republic of China and “its Hong Kong Special Administrative Region,” and those who fail to do so, do so falsely, or break the oath will be legally responsible.

As Chow had not personally expressed any pro-independence sentiments in public, the decision to bar her from election based simply on her political affiliation with Demosisto “effectively strip[s] the rights of all members of the group to run in elections,” Demosisto said in a statement January 27:

The government’s removal of the right to stand for election is virtually a permanent stripping of Hong Kongers’ political rights. The [United Nations Human Rights Council] points out that one’s political positions should not be the basis of whether one can participate in the democratic process. The decision is therefore an unconstitutional, anti-human rights one.

Thousands protested outside the Legislative Council on January 28 against the government's decision. Joshua Wong said in the gathering that though Demosisto is effectively barred from the legislature, they would carry on:

The election path is blocked, we will open another path and find the exit for the Hong Kong democracy movement.

Young people run in the election not for the sake of becoming a lawmaker, but for enacting our political beliefs to stand for justice and a better Hong Kong. This is a difficult path. […] There are so many dishonest and contemptible people out there [blocking our way], we have to stay firm and strong. We won't be beaten down by the dishonest and contemptible government.

The legal sector also slammed the government’s decision. Hong Kong elects its top leader, known as the chief executive, not by popular vote, but by a 1,200-member committee, partly made up of different “subsectors” representing various industries. In a joint statement on January 29, all of the members of legal subsector criticized the decision as unreasonable, unlawful and unconstitutional:

In disqualifying Ms Chow Ting by virtue of her participation in an organisation which holds certain political views found unacceptable by the Administration, the Decision has used political opinion or affiliation as a ground to deprive her of the right to stand for election – which is unreasonable, unlawful and unconstitutional.

However, Chief Executive Carrie Lam defended the administration’s decision and told the press on January 30:

if certain political ideologies clearly fall into – with a clear factual basis – violating the Basic Law, not complying with the spirit of One Country, Two Systems – or, even more seriously, advocate Hong Kong independence or self-governance, or allow independence or self-governance of a place to be an option – then this does not comply with the legal requirement I discussed.

“One Country, Two Systems” refers to the legal set-up in which Hong Kong enjoys more economic and personal freedoms, even though it is a part of China.

The pro-democracy camp now turn to another candidate, Au Lok-hin, to replace Agnes Chow for the Island District.