Crowdfunded Rescue Saves French Mountaineer on Pakistan's Nanga Parbat, but Her Climbing Partner Is Left Behind 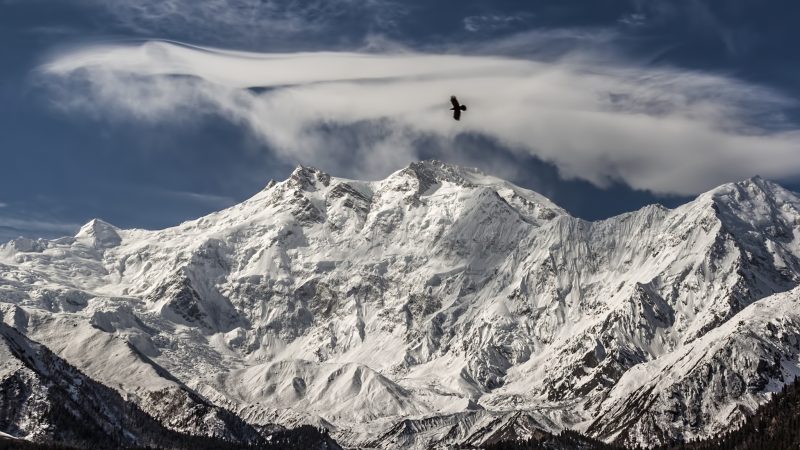 The world's mountaineering community managed to crowdfund enough money to finance a rescue mission for French climber Elisabeth Revol, who had been scaling Pakistan's Nanga Parbat, the ninth highest mountain in the world. Her climbing partner, Tomek Mackiewicz, however, was not rescued due to poor weather conditions, and has now been declared deceased.

Revol and Mackiewicz were climbing the 8,126 meters (26,600 feet) to the summit, considered one of the most difficult climbs in the world, responsible for an estimated 60 deaths. It was her fifth attempt to reach the top, and his seventh, according to Pakistan Explorer.

On #Nanga Parbat @ZabRevol ?? & Tomek Mackiewicz @czapkins ?? are in Camp 3 (7300). Tomorrow they are starting to fight for summit (8126). Keep your fingers crossed, send good vibes & warm wishes to #Karakorum, Pakistan! Chill temp. on top is around -60C. Photo: @Polityka_pl pic.twitter.com/3FIUwpaFs7

On January 20, the two were believed to have reached the summit, which would make them only the second team to ever manage a wintertime ascent to the summit of Nanga Parbat. They then began their decent afterward.

On January 26, Janusz Majer, a coordinator for the Polish winter expedition, announced on Facebook that Revol and Mackiewicz had become stuck at an altitude of 7,400 meters under the top dome. Due to the sun's UV rays — and suffered frostbites.

Revol continued down and signaled for help from a satellite phone.

Commercial company Askari Aviation, owned by the Pakistan Army, refused to send a helicopter until a certain amount of funds were deposited, which is reportedly standard practice. In response, two crowdfunding efforts were organized and quickly raised tens of thousands of euros to help. The government of Poland also reportedly assured funds. 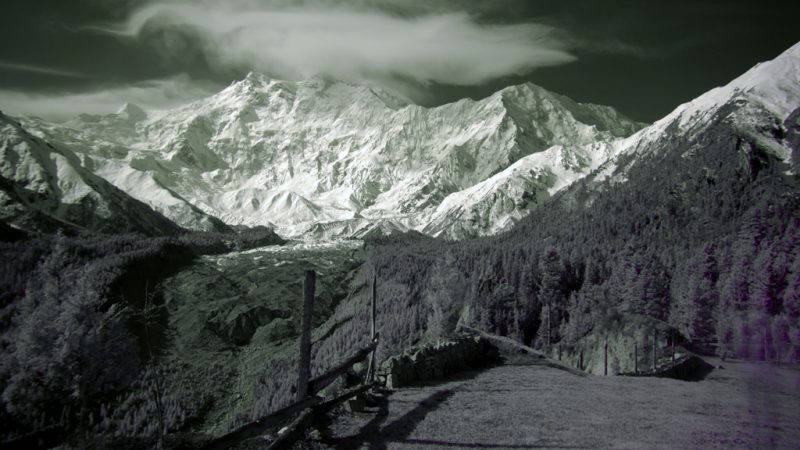 With the funds guaranteed, a group of four Polish climbers, who interrupted their climb of the second highest mountain in the world, K2, to help the effort, were flown by helicopter to Nanga Parbat to search for Revol and Mackiewicz. On January 28, Revol was rescued and flown to Islamabad for medical aid. She is reportedly suffering from severe frostbite on her hands and feet. Extreme weather conditions forced the rescue team to abandon their ascent to search for Mackiewicz.

The Heroes of Nanga parbat Polish climbers who stopped their K2 climb and saved life on killer mountain in the darkness
You showed the world what a human life means #NangaParbat #k2 pic.twitter.com/LP9LkJ6HCi

Masha Gordon, a Russian-born British business executive who set up the second crowdfunding campaign posted on GoFundMe, reacted to Revol's rescue: “We are crying from happiness.”

That campaign collected more than $50,000 in about two hours, and the vast majority of the donations came from Poles, Mackiewicz's wife wrote on Mackiewicz's Facebook page. Funds continue to come in; as of January 30, the GoFundMe page shows 136,217 euros pledge of the 150,000 goal.

In its 10th message, the campaign called for more donations to support Mackiewicz’s wife and three kids:

This has been a very long and traumatic day. While Elisabeth is now convalescing in safety in Islamabad hospital with severe frostbites, we mourn Tomek. Please donate generously to help Anna and his beautiful three kids. We will be extremely transparent with expenses with all money ex-rescue costs going to the family.

Some Pakistanis praised the military for their part in the rescue mission. Omar Qureshi, a journalist, tweeted:

However, some prominent Twitter users criticised the Pakistan military for delaying the rescue operation because of money.

No SOPs man. Money $$$ more important than life in Pak. In civilised countries you first save life, than charge. If they had flown earlier (24h), the chances of saving both lives (Eli and Tom) would have been much higher. #nangaparbat

While the world celebrates Revol's rescue, the situation for Mackiewicz remains grim. Rescue efforts were called off, and authorities presume he has died. His father, however, is requesting another operation to save his son:

#NangaParbat – I am begging you to resume the rescue operation for my son Tomek. I know, I feel that he is still alive. Tomek can survive for 6 days in a snow cave at a similar height. He is a tough and very stubborn boy – appealed to Witold Mackiewicz, the father of the climber

Mackiewicz's sister spoke to Polish media saying that it would be a miracle if he survives.