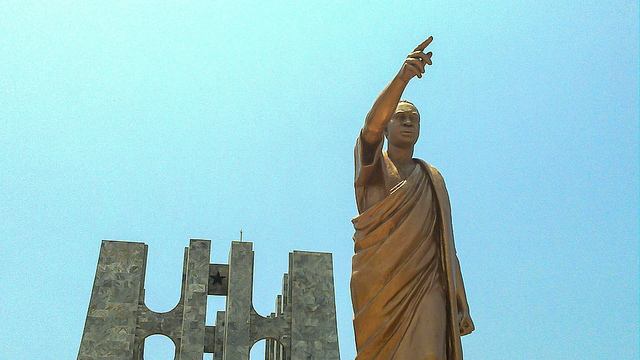 Ghana was way ahead of many African countries when in 1999 lawmakers drafted [2] a Right to Information (RTI) bill that would allow citizens to access public data.

But after nearly 20 years, it remains just that — a bill [3]. It was presented to parliament in 2010, but debate failed to result in anything concrete. Promises from previous President John Mahama, who served from 2012 to 2017, that the legislation would be passed similarly went unfulfilled [4].

In 2017, current President Nana Akufo-Addo pressed for the bill to be passed “very soon [5],” although the year came and went without much progress on the issue.

However, earlier in January 2018, the Ghanaian parliament proposed [6] July 2018 as the new deadline to finally approve the bill.

If passed, it would give effect to the constitutional right of access to any information held by public institutions and private entities which perform public functions with public funds.

‘Without it, our fight against corruption is a mere rhetoric’

Why such a long wait for the law? Many fear it has to do with politics, as politicians fear what could come to light if the public has access to government information. Private legal practitioner Ace Ankomah explained: [7]

Political players from both divides are afraid of passing the RTI bill because they believe it will not go in their favor.

Corruption is a problem in Ghana, and many Ghanaian's believe that the fight towards transparency and accountability [7] in governance will not be achieved if the Right to Information bill is not passed in due time.

No administration has given concrete reason why the RTI Bill can not be passed! In #Ghana [8] the Bill is currently languishing in cabinet. “We don’t want any excuses in 2018”! @KojoPumpuni [9] #NanaAt1 [10]

The current happenings in Ghana is more reason why we should pass the RTI Bill. Without it, our fight against corruption is a mere rhetoric.

A newly appointed special prosecutor backed the bill to become law because it would mandate him to investigate corruption involving public officers, politically exposed persons [13] and individuals in the private sector implicated in corrupt practices, and to prosecute them under the authority of Attorney General Martin Amidu.

A Right to Information bill and the office of the special prosecutor will eventually rid Ghana of her oldest and deep-rooted disease. Now, we have Martin Amidu but where is RTI? #GhanaSaysNo [14] #corruption [15] #martinamidu [16] #kromay3d3 [17] #newsfile [18]

In an article [20] for the news site Modern Ghana, Gordon Offin-Amniampong expressed high hopes for the RTI bill:

The RTI Bill will seek to empower the citizens, promote transparency and accountability in the working of the government or the Executive. Plus it will help contain corruption and make our democracy work for the people in real sense. “It goes without saying that an informed citizen is better equipped to keep necessary vigil.”

And did you know one can ask any questions from the government or seek any information. It makes governmental works more transparent. Transparency means clarity of information, which means everything should be open and disclosed to all. We the people that are common citizens put our faith in the system expecting them to work efficiently, fairly and impartially. But that hasn’t been the case as we continue to find ourselves in the cesspool.

The Right to Information law, ‘overrated'?

However, others such as anti-corruption campaigner Sydney Casely Hayford [21] believe that the passage of the Right to Information bill will do little to solve the issue of corruption because the constitution [22] already includes a right to information in its “fundamental freedoms”.

The “Right to Information” law is heavily overrated. We already have judicial precedent to the effect that a constitutional right to public/official information exists when and where it matters. The problem is not “raw information” in the vaults of government agencies but poor treatment and presentation of relevant information due to weak media practice; a stagnant academia; and the hollowing out of the public sphere. In fact, in many instances, data is not even being collected and handled in the right way due to a general culture that disrespects intellectual activity and constantly depresses its value.

I think there is a little misunderstanding of what legislation does and what case law does. Case law gives principles. For example, the RTI decision of the High Court merely confirms the constitutional position that a person may not be denied access to public information. In fact, earlier cases have already stated the principle.

A legislation on the other hand goes way beyond the statement of the principle. It gives you an administrative set up for the enforcement the right and the implementation of the principle. In fact, a properly drafted legislation would resolve some (if not most) of the challenges you have listed above. For example, a good legislation would deal with issues of funding, packaging of information and the responsibility to do so, decentralization, etc.

Secondly, without a legislation, anyone who is denied public information would have to go to the Human Right High Court for a remedy. Under a well-constructed legislation, there would be accessible administrative (rather than full judicial) complaint mechanisms available.

I think a legislation is fundamental to the issue of right to information.