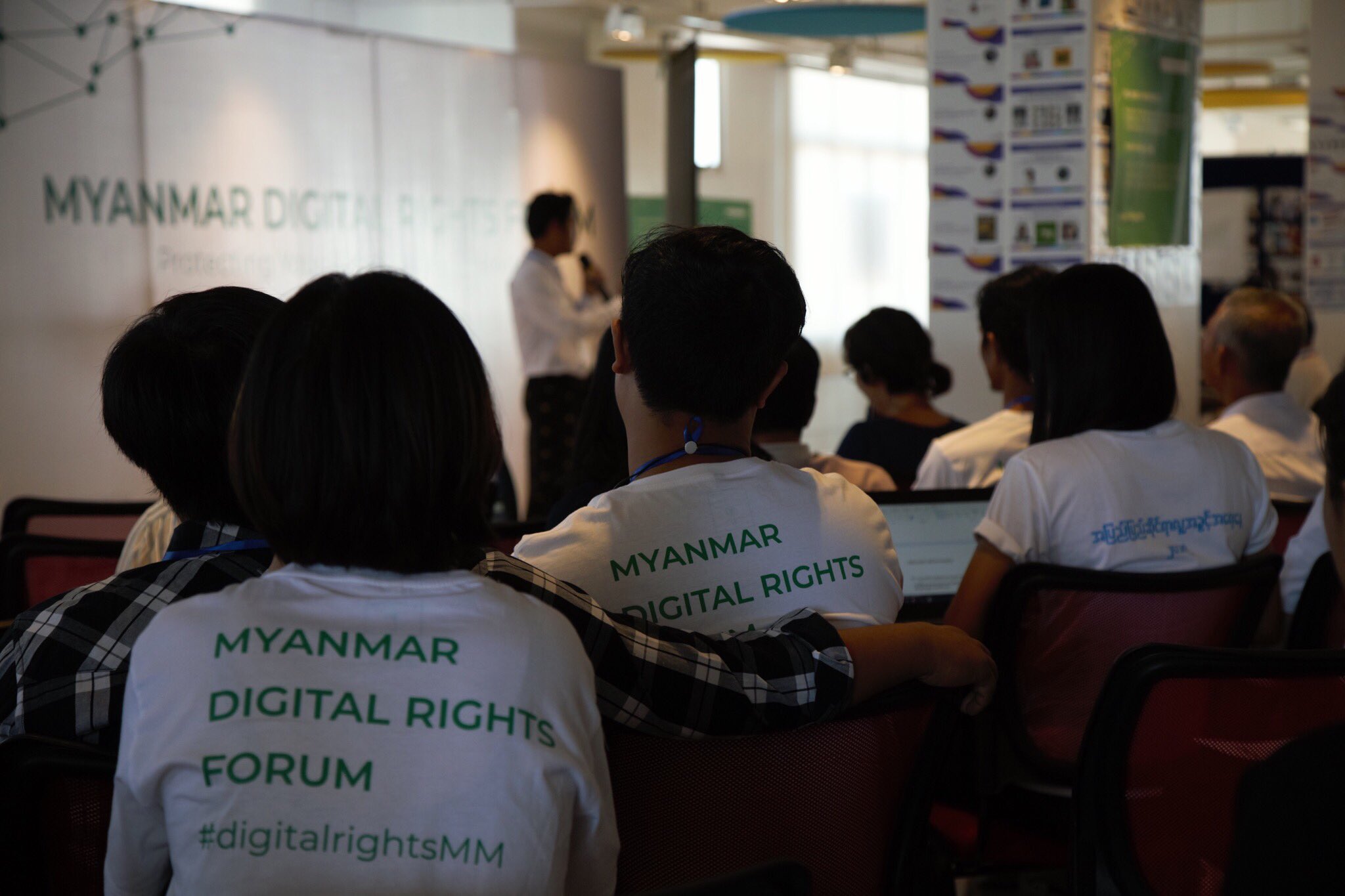 Since 2011, Myanmar's mobile penetration rate has soared from 2.5 percent to more than 90 percent, bringing millions of citizens online as the country transitioned from military dictatorship to constitutional democracy.

The sudden burst of connectivity enabled by market liberalization was met with major challenges: the need to improve digital literacy, a preponderance of online hate speech, prevalent hacking and other cyber attacks. All these issues laid bare the need to protect user privacy, address digital exclusion, and resolve the lack of an effective legal system to protect the rights of Internet users.

On January 18 and 19, Myanmar's Yangon City hosted the country's second Digital rights Forum, where citizens were invited to explore and debate these issues in an open setting.

This is the second time Myanmar hosted its largest digital rights forum, bringing experts of diverse backgrounds such as corporate leaders, civil society groups, government agencies, tech industry leaders and human rights activists. A local tech hub in Yangon, Phandeeyar, took the lead in organizing the forum which was attended by more than 150 people.

The organizers were women leaders from different organizations working on technology and policy reform.

The Digital Rights Forum tackled a variety of issues that Myanmar faced after the “connectivity revolution” which saw the number of mobile users increasing to cover the whole country within a 5-year period.

Like many other countries, Myanmar lacks a legal framework for protecting internet user privacy in the face of unlawful surveillance and the commercialization of user data.

CCTVs are starting to install in Yangon city now but there are no systematic rules and might be misuse of personal data privacy. Yangon Regional MP @NayPhoneLatt on Guaranteeing user privacy panel at #digitalrightsMM

For many social media users in Myanmar, understanding digital security is essential — but most people don't have strong skills in this area. It is especially a serious problem for human rights activists, public figures and journalists, whose online accounts face hacking and phishing attacks that can expose their personal information and putting them in danger.

There is also a lack of awareness about the importance of cyber security among private companies, their clients, and consumers in Myanmar.

not sure if financial sector attended #mdrf2018. Lots of informal data sharing of client/company info seems to be happening on different unsecured messenger platforms. such a nightmare #DigitalrightsMM

The event also included a discussion on how to protect freedom of speech amid soaring cases of online hate speech. Youth activist Thinzar Shunlei Yi expressed her concern about the danger of hate speech by quoting one of the speakers in the forum:

Freedom comes with responsibility. Freedom of Speech is not Hate Speech. In Myanmar, the authoritarians have successfully propagated the freedom of speech as threat. Be aware about it.

Participants also discussed the importance of engaging lawmakers, policymakers, judges and other key leaders in the legal system to become more aware of digital rights.

Nay Phone Latt, a Member of the Parliament who attended the forum, said that the government and other stakeholders in the private sector need to work together.

There is little to no public consultation when it comes to developing new legislation or regulation. The absence of consultation makes the work all the more challenging. The Citizen’s Privacy and Security Law, for example, was not well-designed and, in some ways, violates digital rights of citizens.

Youth activist Thinzar Shunlei Yi asserted that digital education, rather than regulation, is what the country needs today:

Guaranteeing equal Internet access is still a major challenge. For example, buying mobile SIM cards requires the presentation of an official identification card. Many ethnic people in Myanmar, like the thousands of Rohingya people who are denied citizenship (despite being born in Myanmar), do not have this document.

The Digital Rights Forum also launched a website promoting the campaign for the abolition of the repressive law called 66(d), an online speech law that has allowed authorities to arrest social media users who “defame” or “disturb” others online, with special provisions for public officials. There has been 106 cases of people arrested since the law was introduced in 2013.

Can Myanmar transition to a standard font?

Another setback for cyber development in Myanmar is that the Myanmar script does not have a standard font on the Internet that conforms to the international font system, called Unicode. Currently, the nation uses a non-standard font called Zawgyi that was developed while the country was under international sanction. However, its use has become so ingrained that it is now difficult to migrate to Unicode system. The biggest drawback of using Zawgyi is its inability to integrate characters of the country's ethnic languages, which undermines the goal of improving online inclusion.

Nyein Chan Ko Ko speaks about how not having a Unicode systems for Burmese languages makes it inaccessible as it cannot be read by screen readers. Makes using ethnic languages even more difficult. #digitalrightsMM

Standardization should be priority
before we implement E- government. #myanmar#digitalrightsmm

You can find out about all the conversations about Myanmar's digital rights using the hashtag #digitalrightsMM.