Polarized by Populism, Czech Society Braces for a Second Round of Presidential Elections 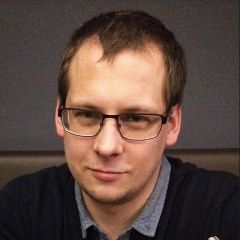 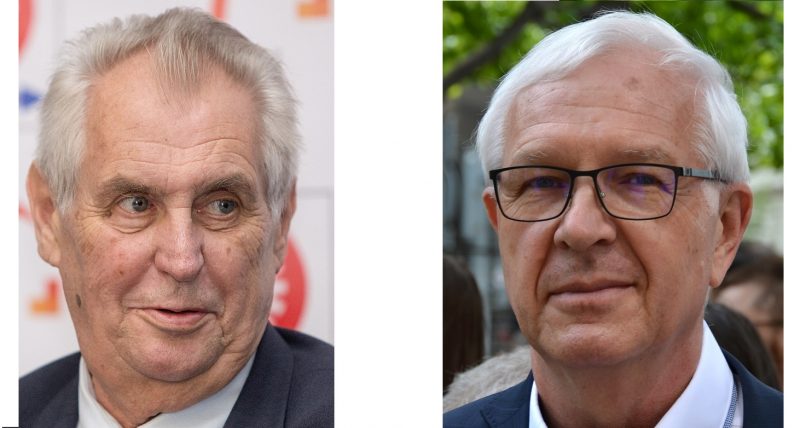 The Czech Republic's presidential election was held on January 12 and 13, but none of the nine candidates obtained an absolute majority of votes. Therefore, the second run-off will take place on January 26 and 27, including a face-off between the top two candidates from the first round: Miloš Zeman, current head of state, and Jiří Drahoš, former chief of the country's Academy of Sciences.

The election has driven ardent debates among citizens both on and offline. As a parliamentary republic, the president has very limited executive powers delimited by the Constitution, yet the election has polarized an already divided Czech society.

During his office, Miloš Zeman has largely contributed to the deepening of social divisions due to his zero-tolerance approach toward his opponents and his populist attitude toward supporters.

According to the pre-election Facebook analysis entitled “What do the voters of the candidates read on Facebook?” Zeman's supporters on this social network are largely readers of alternative news websites with unclear funding, often designed as propagators of pro-Russian fake news.

One Twitter user refers to Zeman's questionable ties to Russia:

Given two premises A (there is a hybrid war of Russia federation against Czech Republic by means of disinformation websites) and B (Zeman is a candidate of Russian Federation and the Mafia doing business in Russia – PPF, Nejedly and Zbytek ), then this graph shows clearly that the disinformation was sucked in Zeman’s supporters like a sponge. According to this graph they consume only products of Russian propaganda.

News sites such as aeronet.cz/news, parlamentnilisty.cz and euportal.cz mobilize news that stokes nationalist sentiments, placing a strong emphasis on the military and political independence of the Czech Republic from European Union (EU) and the North Atlantic Treaty Organization (NATO). These sites portray refugees of war and economic migrants from the Near East and Sub-Saharan Africa as dangerous Islamic terrorists.

Zeman’s supporters often refer to these sites when accusing the Public Broadcasting Service of lacking objectivity in their reporting. Zeman reinforces this notion through his open expression of distrust toward the public media.

In 2014, many journalists criticized Zeman for his Eastern bias in foreign affairs and for his use of foul language on Czech Public Radio. In response, he chose only to give interviews with alternative news websites and tabloids presses, designating public television as “a can full of spoiled meat.” He talked regularly on his own television show on a private channel.

Through his communication channels, Zeman designated an unspecified group of his opponents as the “Prague café,” fueling the stereotype of the intellectual liberal from the big city who lazes around all day in cafes and merely feigns tolerance for others.

Zeman’s diehard supporters use “Prague café” as a derogatory expression to designate famous artists, actors, academics, intellectuals and anyone else who publically criticizes Zeman. The expression is also used to refer to anyone who continues the legacy of Vaclav Havel, a former president deceased in 2011 who aligned the nation with Western values and policies after the dissolution of the Soviet Union. Havel's human-rights based foreign policies stand in stark contrast to Zeman's exclusively economical approach.

Those loyal to Zeman refer to his critics as ‘traitors of the nation’ paid by George Soros, an American philanthropist who supports a wide range of non-profit organizations, including those that support refugees. [Editor's note: Global Voices is a grantee of the Open Society Foundation, which is part of the Soros network.]

Before the second round of the presidential election, Zeman constantly highlighted topics appearing on alternative news websites. He tried to portray Jiri Drahoš, his opponent, as a weak person who intends to destroy the nation through lax immigration policies supporting Muslim refugees.

Is the Czech Republic's main opposition candidate part of the ‘Prague Café'?

Jiri Drahoš is not widely known and has no direct political experience except for eight years in the semi-political post as the head of the Academy of Science. With a background in chemistry, he has invented several patents and has a reputation in some circles as decent and polite yet indistinct. His supporters believe he brings impartiality and politeness to the presidency.

As an opposition candidate, Zeman's supporters immediately labeled him as a member of the ‘Prague café’ who wants the Czech Republic to lose its autonomy and submit to the demands of larger European nations.

Can you hear the silence? Prague café fears results of election. They know it is their end. They feel the end of the cult of Havel.

Another user makes jokes about Zeman's populist rhetoric and anti-immigration policies by calling attention to the topless Ukrainian civic activist who lunged toward Zeman with shouts of protest at the polling booth on January 15. Zeman, getting ready to cast his vote, seemed shocked and defenseless:

Comrade Zeman can’t manage to defend himself against nude girl and wants to defend the nation against immigrants. And I am asking myself how he want to do it?

Another proclaimed that he knows why the “Prague café” doesn't want Zeman to be president again:

Why (Prague) cafe i.e. non-profit organizations, i.e. Soros’s globalists, can’t stand Zeman? Why they nominated “mega polite” chemist, who has never want to be president? Maybe because they want to destroy the Visegrád Group in order that we, post-communist countries, can’t defend ourselves from the dictate of Germany and Brussels nomenclature.

Yet another refers to an official survey by broadcast television, pointing out that the chances of both candidates are almost equal:

Likely, the election will be resolved by previously undecided voters who have made their decision during the last two weeks on the basis of television debates and campaign-related events.