In Argentina, the Search for the Lost Grandchildren of the Dictatorship Continues 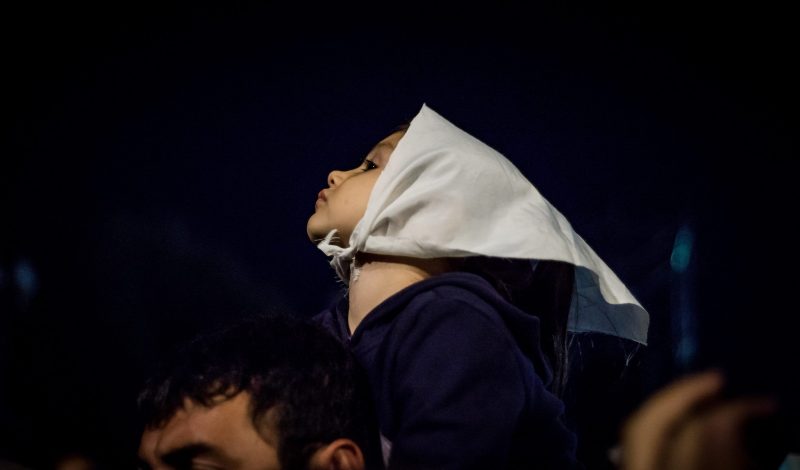 On December 27, 2017, the Argentine NGO Abuelas de Plaza de Mayo announced the recovery of granddaughter number 127. The latest granddaughter to be found is the daughter of María del Carmen Moyano and Carlos Poblete, militants from the Montoneros organization who were kidnapped and have been missing since the last dictatorship in Argentina (1976 – 1983).

The digital news outlet Cosecha Roja briefly tells the story of her parents and the circumstances surrounding their disappearance:

With the arrival of the dictatorship, the military raided her house and she [María del Carmen Moyano] moved to San Juan, where she met Carlos Poblete, an engineering student who was 10 years older than her. “The couple shared militancy in the Montoneros organization. After six months they decided to live together,” said Estela de Carlotto. Between April and May of 1977 Carlos and María del Carmen were kidnapped in Córdoba and taken to the clandestine detention center La Perla. She was already pregnant.

“Nieta 127″ (Granddaughter 127) was born in captivity between May and June 1977 in the maternity ward of the clandestine detention center of the Navy School of Mechanics (ESMA). After 40 years, her two uncles and seven aunts celebrate the closure of an important chapter in their family's history; however, the wound remains open as the parents’ fate is still unknown.

During the dictatorship, an estimated 30,000 people were victims of forced disappearances and their children, in a good portion of the cases, were appropriated by the State through illegal adoptions and clandestine births. The number is still contested, but human rights defenders and the foundation Abuelas de Plaza de Mayo  (Grandmothers of the Plaza de Mayo) — an organization devoted to the cause of finding the grandchildren of those who were disappeared – claim this number to be accurate. 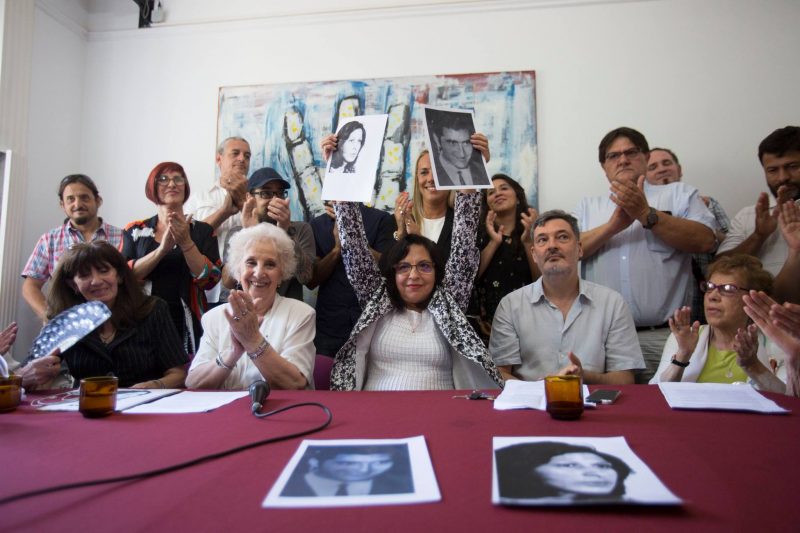 Press conference by the Abuelas (grandmothers) for the recovery of granddaughter #127. Photo shared publicly on Facebook

We are going to tell her to not to worry. We're going to give her all the time in the world to process the situation. We searched for her for 40 years. We love her intensely.

The joy of the moment could not even be overshadowed by the news of the recent transfer to home confinement of Miguel Etchecolaz, the man that was responsible for the kidnapping, torture, and murder of a group of high school students in what became known as the Night of the pencils.

Abuelas de Plaza de Mayo confirmed the news. “The aunts of the granddaughter, who have been waiting for this meeting for 40 years, were present at the press conference” they said. The news surpassed that of the home confinement of Etchecolaz…

“We will not stop counting”

Under the hashtag #Nieta127, Twitter was flooded with expressions of joy, some of them mixed with indignation and disagreement with the justice given to those responsible. The image shared in many of the tweets shows writing on the wall of the Casa por la Identidad (the House of Identity, lead by the Abuelas de Plaza de Mayo) where the context of the forced disappearances during the dictatorship is recounted. Inside the text, they manually keep count of the grandchildren that have been reunited with their families:

The House of Identity of the Grandmothers of Plaza de Mayo, in @espacio_memoria has already accounted for the restitution of #Nieta127 We continue adding achievements and hopes! @abuelasdifusion

La #Nieta127 was born in the ESMA. The repressor Jorge Luis Magnacco, the ESMA obstetrician who attended the birth, is free, after having served two-thirds of his sentence.

It's late in arriving and at last, finally there is a reward. Welcome #Nieta127

We count from 1 to 127 and we will not stop counting. Thank you, Abuelas, and as Estela de Carlotta said: “Happy New Year and until the next grandchild.” #Nieta127 #Feliz2018