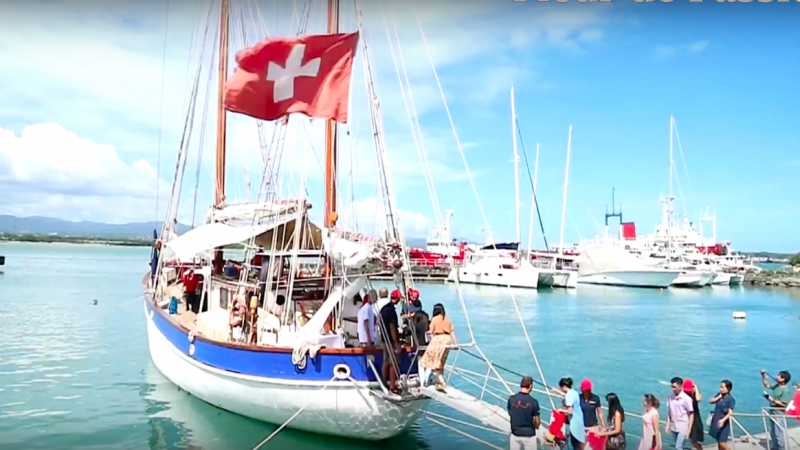 The year 2021 will mark the 500th anniversary of Ferdinand Magellan's journey around the globe. Ahead of this historic date, researchers have been following his tracks on board a sailboat led by the Geneva-based non-profit organization Foundation Pacifique. This ocean mapping expedition aims to explore humanity’s impact on the oceans and the environment. To replicate Magellan's voyage, the research team set sail from Seville, Spain in April 2015 as part of a four-year trip which will take them around the world. 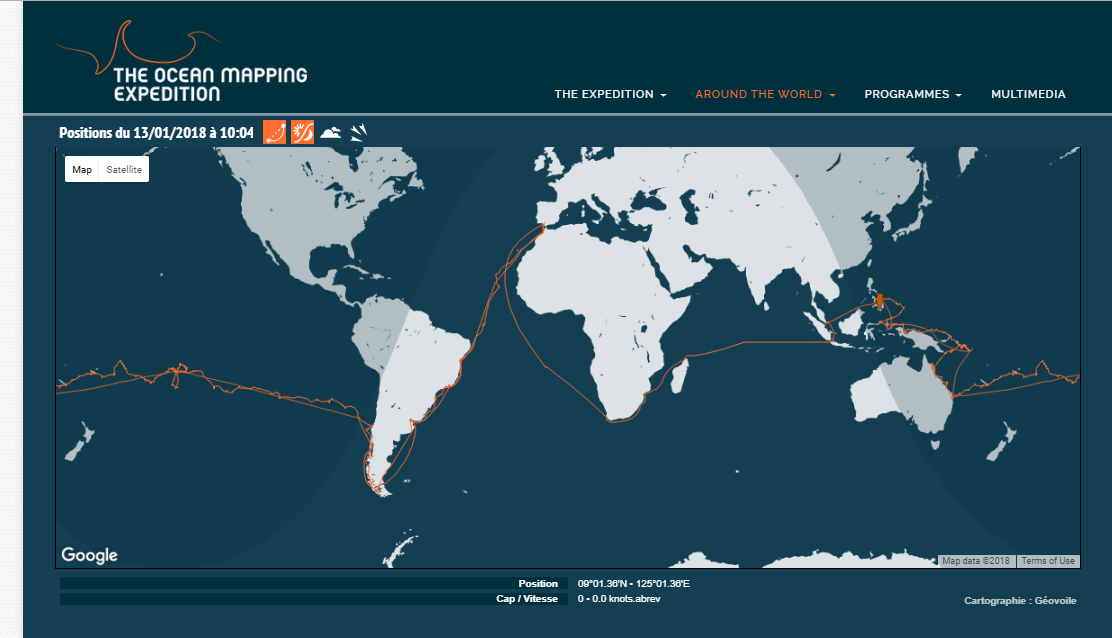 Screenshot of a map tracking the voyage of the Fleur de Passion from the expedition's website.

Magellan was a Portuguese explorer who set sail from Seville, Spain in 1519 and embarked on a voyage which became the first recorded circumnavigation of the Earth. His arrival in Cebu, in 1521, would eventually lead to the Spanish colonization of the Philippine Islands.

The Swiss research vessel Fleur de Passion, an old German navy minesweeper which has been disarmed and redesigned for scientific research, reached the Philippines and docked in the central Philippine city of Lapu-Lapu, Cebu on December 19, 2017. As part of its project, the crew invited locals on board the ship to educate the public about its research and advocacy mission. Cebu-based blogger Mayan Around Town wrote about the experience and made a video blog with the Fleur de Passion crew:

Working mainly with the authorities of the Swiss City-State of Geneva, the ocean mapping expedition offers various educational and cultural programs to the public.

Some of the scientific activities featured on the ship included the following:

LOOK: Swiss sailboat Fleur de Passion makes it stop at Mactan, Cebu as part of a four-year ocean mapping expedition all over the world. Part of the expedition is to gather data on plastics in the ocean, coral bleaching, and greenhouse gas levels @cebudailynews pic.twitter.com/v43KKXLZ17

The expedition also encourages education initiatives such as The Youth at Sea educational program which invites young people to stay on-board Fleur de Passion for up to two months to experience life at sea as full-time crew members. Over 34 teenagers have participated in the program since 2015. As part of an arts initiative, the ship also offers the Magellan’s Mirror cultural program which invites cartoonists from Switzerland and other parts of the world to come aboard the ship and create illustrations to explains the expedition's mission and its programs to a wider audience.

On January 20, the ship joined this year’s Translacion Sinulog fluvial procession before departing for the next stop on its voyage in Puerto Galera, Mindoro. The Translacion carries the image of Cebu’s patron, the Señor Santo Niño, across the Mactan Channel a day before the Sinulog Grand Parade celebrating the Christianization of Cebu. The image of the Señor Santo Niño was said to have been presented by Magellan to Cebu Queen Juana as part of the conversion of the natives of Cebu to Christianity. Lapu-Lapu City in Mactan Island was named after the chieftain Lapu-Lapu whose men killed Magellan in resistance to Spanish colonial conquest.

Filipino fashion blogger David Guison took photos of the Sinulog fluvial parade from the deck of the Fleur de Passion.

Established in 2007, Foundation Pacifique has been carrying out educational, cultural, and scientific expeditions in order to help understand the human impact on the ocean. Fleur de Passion’s voyage can be tracked on their website and updates can found on their Facebook page and YouTube channel. The ship is scheduled to complete Magellan's journey in August 2019.